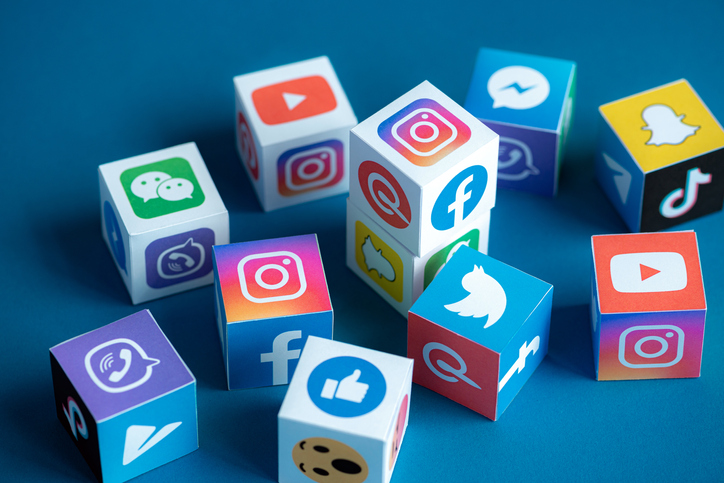 What’s been happening in the commercial world over the last week? Read on to find out!

Last week, US President Donald Trump announced that he is seeking to ban TikTok in the US. The Chinese-owned video-sharing app has come under fire for security concerns, particularly due to the fact it is controlled by or shares data with Xi Jinping’s government. Although the movement to ban the social media site in the US has gathered momentum over the last few weeks, the idea has been considered longer-term with a lawsuit in December over US user data being sent to two Chinese servers: Tencent and Alibaba. An example of other suspicious activity includes the blocking of one user from the app after she posted a clip criticising China’s treatment of Uighur Muslims.

ByteDance, the Chinese firm that owns TikTok has now agreed to divest the app’s US operations. Although the parent company initially sought to keep a minority stake in the US, it appears as though they have conceded to Trump’s pressure. Microsoft’s CE Satya Nadella has confirmed that the American technology company is planning an acquisition of TikTok after lengthy discussions with Trump. The tech giant plans to add security, privacy and digital safety protections to TikTok’s operations in the US, Canada, Australia and New Zealand.

Why does Microsoft want to buy TikTok? Acquiring TikTok would allow Microsoft to compete with Facebook and Google who both operate dominant social media sites – Facebook and YouTube respectively. Its absence from the social media market, bar the lesser-used LinkedIn, should mean regulators will approve the purchase and Microsoft will be better able to compete with the other Big Tech. It should be noted that the company was absent from the recent House of Representatives antitrust panel which could be indicative of its waning influence, in comparison with the other four. Such an acquisition would thrust Microsoft into competition again.

It is not clear what the purchase price of TikTok’s operations will be. However, analysts are predicting at least $5bn.

Talking Points: What are the other motivating factors for the US to stop China from operating the app in the US? Why are UK operations not included as part of the sale?

Whilst many businesses and their wider industries have gone through a difficult few months, many technology firms are enjoying success.

Big Tech or Tech Giants are journalistic terms for the most dominant companies in the IT industry. These are Amazon, Apple, Google, Facebook and Microsoft. Below is a summary of the progress they’ve made over the past few months.

Amazon: The e-commerce firm saw its strongest year-on-year growth in years. From April-June, profits rose to $5.2bn, up from $2.6bn in the same period last year. This means that sales soared 40% and its share price rocketed.

Apple: Quarterly revenues have jumped 11% year-on-year to $59.7bn. Remote work has been a large contributor to an uplift in Mac and iPad sales, both hitting double-digit gains. Another contributing factor was the release of the iPhone SE in April, one of its lower-costing phones which has proved popular. Why else has Apple seen growth?

Facebook: Ahead of analysts’ predictions, Facebook’s revenue rose 11%. In June, 2.4bn people were active on WhatsApp and Instagram (Facebook’s social media platforms) and 15% more were active on their respective messaging apps. 1.79bn daily active users were on Facebook the same month, an increase of 12% from the same period last year. This was an exciting prospect for advertisers. Since then, Facebook has seen a normalisation in user growth and engagement and a cut in advertising revenue due to boycotts. However, the firm has recovered from similar social and political pressure in the past so analysts don’t expect this to be a big problem for the social media and social networking service.

Alphabet: Google and YouTube’s owner has been the weakest Big Tech performer with revenues down by $38.3bn, a 2% decrease from 2019. This is a product of businesses cutting back on ad spending. In the same time, profits dropped by 30%. However, even these figures are better than the expectations of analysts.

Zoom: The teleconferencing company Zoom was a dark horse back in March. However, the American communications technology company has seen a massive increase in profits and more than doubled its annual sales forecast. For 2020’s first fiscal quarter, Zoom turned a profit of $27m, astronomical growth in comparison with a profit of $198,000 in the same period last year. Its stock price rocketed and the surge in users has left the company with a market value greater than the combined values of American Airlines, United Airlines, Delta Air Lines and Southwest Airlines – America’s four largest airlines. This is indicative of the huge impact COVID-19 has had on market sectors.

New predictions including schools using the technology company for the upcoming term expect Zoom to receive a full fiscal year revenue of $1.8bn. Although the company did experience some early security issues, the protection subsequently brought in seems to have reassured users.

Skype: Coronavirus should have seen Skype heralded Silicon Valley’s gold mine. However, the core functionality of the teleconferencing site was unpopular and consumers reported an aesthetic preference for Zoom. Experts now predicted Skype will disappear by July 2021, with the previous de facto video conferencing site replaced by Microsoft Teams. However, Microsoft still has a steep hill to climb given many companies have expressed concerns over Teams’ video quality, using it only for messaging purposes.

Talking Points: Why did Skype fail COVID-19? How does Microsoft’s portfolio compare with the other Big Tech?

Earlier this month, Apple successfully overturned a 2016 court ruling that it had been given illegal tax breaks by Dublin. The Tech Giant does not need to pay Ireland £11.6bn worth of taxes after the EU’s General Court annulled the decision due to a lack of evidence over Apple breaking EU competition rules.

The EU had accused Ireland of allowing Apple to attribute the majority of its EU earnings to an Irish head office, thereby avoiding EU revenue taxes. It should be noted that Ireland is Apple’s base for EMEA, ostensibly due it having one of the lowest corporate tax rates in the EU.

Talking Points: What are the wider implications of this ruling for the EU? Which other companies have encountered tax problems due to Ireland’s head offices?

Technology has been a huge industry for years but has been catapulted by remote working in recent months. Which tech start-ups should you be watching out for?