The Commercial Impacts of COVID-19 on the Aviation Industry 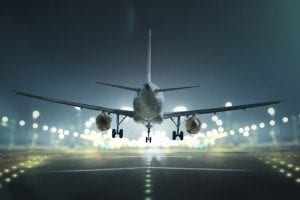 With global lockdowns, the aviation industry and its suppliers are battling a huge crisis. In April, the International Air Transport Association (IATA) released analysis estimating that globally 25 million jobs were at risk due to the plummeting demand for air travel. This is a substantial proportion of the 65.5 million people globally who work in the travel and tourism sectors, which rely on the aviation industry. Of the 25 million, it is estimated that Asia-Pacific (APAC) will be worst affected with over 11.2 million jobs, followed closely by Europe with 5.6 million jobs, at risk.

In the UK, initial estimates of 70,000 job losses by the New Economics Foundation (NEF) have now risen to over 120,000 with many set to face unemployment in the next few months. Just over half of those in danger are in aviation, while the remaining numbers reflect the wider supply chains who support the industry.

So which companies have already started enforcing redundancies? Here are just a few of the many airlines and aviation supply chains who have made job cuts prior to July that will impact UK workers.

The Future of the Industry

It would be fair to say the immediate future of the aviation industry is bleak. Whilst the Trades Union Congress (TUC) is pushing heavily for government bailouts citing aviation as a critical part of the UK’s economic infrastructure, the Treasury is yet to comment on any financial aid it is planning to provide. It is anticipated several of the companies within the sector will receive Project Birch help but the extent of these loans/bailouts is unclear.

Longer-term, it is predicted that the aviation industry will not return to the pre-crisis levels of employment. Analysts from NEF have been pejorative in their outlook of the aviation industry’s future, drawing parallels with the decline of the coal industry in the 1980s. The main reasons include travel quarantines, the realisation that business can be conducted without much travel and environmental concerns. Some climate change activists have argued against government bailouts to airlines in the hope that the lull in air travel will become more permanent so as to reduce carbon emissions.

It is useful to consider whether the pandemic has catalysed the digitalisation of air travel. Automation and technological developments may work against re-employment, as new competencies could render airport roles unneeded. Electronic check-ins may become the only option, putting many jobs within airports at risk.