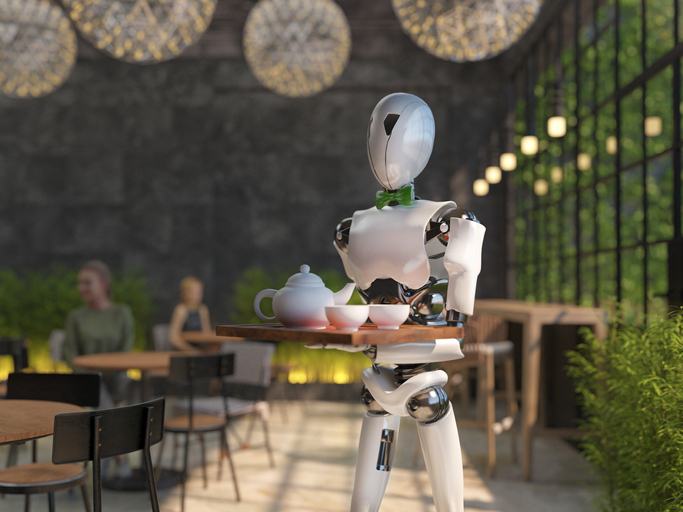 What’s been going on in the commercial world this week? Read on to find out!

Microsoft to Replace Journalists with Robots

On Friday, Microsoft announced that it was making moves to replace around 50 MSN contact journalists with automated systems. A smaller team of full-time journalists will remain. Although sources at Microsoft stated that the decision was not as a direct result of the pandemic but rather longer-term business redeployment evaluations, it follows that COVID-19 may be catalysing automation or human robotics to replace human workers. The lessening of human interaction due to social distancing and or self-isolation has led companies such as McDonald’s to test robots as its servers. Similar technology is being used in experiments for shop-cleaners such as Walmart.

Talking point: How serious a threat is the use of automated technology to the job market? How can the UK establish itself as a global leader in the robot market?

See how much you remember from February’s updates by taking our quiz!

Renault, Nissan and Mitsubishi: Why Has This Three-Way Alliance Been in the News This Week?

The Renault-Nissan-Mitsubishi alliance is a French-Japanese partnership that has been agreed by virtue of a cross-sharing agreement. The corporate structure is that each company retains its individual brand identity but acts in the financial interests of the others. Renault and Nissan have been strategic partners since 1999, added to by Nissan’s acquisition of a controlling interest in Mitsubishi in 2017.

However, each manufacturer in the alliance has been put under considerable pressure by the coronavirus which has prompted experts to question whether it may be more beneficial for the alliance to break apart. It certainly appears as though the influence of the three companies has now been clearly geographically split with Renault focusing on Europe and Russia, Nissan on China, Japan and the US, and Mitsubishi on South East Asia.

This week, Renault announced that as part of its restructuring programme, 15,000 jobs would be cut. This comes after sales were down 3% in the last quarter of 2019 and fell by a further 25% in the first quarter of 2020. Renault’s aim to cut costs by £1.8bn will be aided by reducing the number of subcontractors it uses as well as freezing its expansion plans in Morocco and Romania. This will contribute towards a global production trim from 4 million annually 2019 to 3.3million in 2024, with a focus on electric cars and small vans. It is estimated that six plants are under review for possible closure and 4,600 of the jobs cut would be in France.

Since, there have been reports that some production may be moved to Nissan’s UK plant. However, these have been vehemently denied by Renault, understandably, given this would effectively mean French taxpayers were paying to create jobs in the UK, when so many of its own workforce have been left unemployed. Renault is currently in talks with the French government to receive part of the £7.2bn rescue funds promised to the country’s car industry. It should be noted that the French state has a 15% stake in the car manufacturer and has asked that in return for a chunk of the emergency loan package, Renault should keep workers and production in the country.

Earlier this week, it was reported that Nissan will cut 2,800 jobs by closing its Barcelona factory in December. This move comes after the Japanese car manufacturer announced a net loss of £5bn in the last financial year, its worst result in over a decade. It is part of a wider plan to restructure and lessen the cost of global operations. Nissan will instead focus on its key markets in Japan, China and the USA. Although the Japanese car manufacturer will ‘sustain’ presence in Europe, it appears as though its main base will be the UK. It will be interesting to see how this pans out in terms of trade between the UK and Europe, especially given the speculation that Renault may move some of its operations out of France to Nissan’s Sunderland plant, which will remain open.

Talking point: Do you think the alliance is beneficial? How does an alliance or strategic partnership differ from a merger or an acquisition?

This week, SpaceX (Space Exploration Technologies Corp.) launched its Dragon spacecraft from the Kennedy Space Centre in Florida, docking at the International Space Station 19 hours later. This is the first private space company contracted under NASA as part of its commercial crew program. Elon Musk, SpaceX’s founder has argued that this first private launch into orbit is a crucial step towards a new orbital economy, which he believes will have the same impact as the internet. Part of his contract with NASA is that the vehicle can be used to fly private missions, costing around $60million per person.

In the short-term, it is expected that most revenue will come from the US government as part of research and development investment. However, in the longer-term, SpaceX expects wealthy individuals or countries with newly established space programmes such as the UAE to pay to use the vehicle. However, SpaceX is not alone in the market as the private space industry is growing quickly with competitors including Richard Branson’s Virgin Galactic and Bezos’ Blue Origin, both of whom say they are only a few months behind.