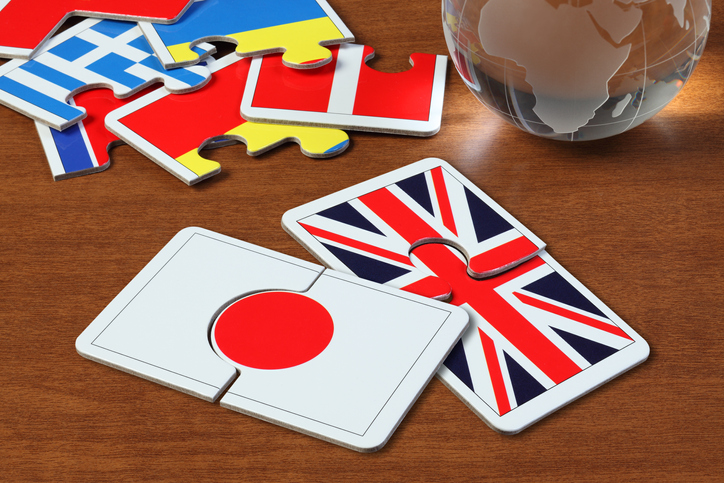 This weekend, the UK and Japan majorly advanced free trade deal talks in face-to-face negotiations. The two countries have set an initial timeline of reaching an outline agreement by the end of August and a concluded deal by the end of the year. The UK is also seeking to secure an agreement with Australia before 2021. International Trade Secretary Liz Truss has said that the negotiations with Japan will form the first major trade deal signed by Britain since Brexit, increasing the UK’s trade with Japan by £15bn per year. Whilst negotiations with the US and the EU have taken place in rounds, Japan has opted for a constant approach.

So what is the deal likely to include? Key focuses of the deal include reserving national pride through ‘flagship goods’ such as Scotch and Kobe beef as well as cars, data and financial services. The contentious area here is cars. Tokyo would like to keep the same low export tariffs for cars and car parts it had with the EU whereas the UK would like to install its own tariffs. It appears as though the tariffs will continue until 2026, at which point the UK can raise them. In terms of data, the UK and Japan are in consensus, establishing a free flow of knowledge on blockchain, driverless cars and quantum computing. An additional non-trade element to the deal is security and defence with both countries keen to monitor China’s regional ambitions.

However, there are three drawbacks to the agreement for Britain. Firstly, Whitehall officials have conceded that the tight timeframe has curbed the ambition of the deal. Secondly, Japan has publicly acknowledged that the UK provides a smaller market than the EU’s bloc so British financial services may not have expanded in Japan as much as the government had hoped. Thirdly, Brexit concerns Japanese officials. Historically, Japan has viewed Britain as a pro-business launchpad into the rest of the EU. Japan is the world’s third largest economy, fourth largest trading partner for the UK and is one of the largest sources of FDI. If the UK fails to conclude a deal with the EU by the end of the year, there is a real possibility this may deter Japanese investors. Last year, trade between the two countries reached £21.4bn and 9,500 UK-based businesses exported goods to Japan. Therefore, this is a relationship that Britain needs to maintain.

Talking points: How will the free trade deal with Japan differ from the one with Australia? How can Britain minimise the problem Brexit poses to its bilateral negotiations with Japan? Which Japanese car manufacturers have large exports to Britain?

This week, the UK will officially declare its first recession since the 2008 financial crisis. 2020’s Q2 saw GDP fall by 21%, marking the deepest slump on record. Gross domestic product (GDP) is generally accepted as a reliable measure of economic prosperity Although all G7 nations have struggled with coronavirus, the UK will see the worst drop. Estimates of G7 nation GDP drops are: France: 13.8%, Italy: 12.4%, Canada: 12%, Germany: 10.1%, US: 9.5%, Japan: 7.6%.

In June, the US declared a recession from February onwards. It should be noted that to identify a recession, America uses criteria beyond two consecutive quarters of negative GDP growth – a method largely accepted in Europe. In July, the Eurozone was plunged into recession as Spain, Italy and France suffered unprecedented economic contractions. The bloc has re-evaluated growth predictions to a contraction of 8.7% this year.

China, however, has avoided recession. Although COVID-19 sparked a 6.8% contraction in the first quarter of the year, the world’s second largest economy returned to an April-June growth of 3.2%. Chinese exports are a large contributor to the successful second quarter as China enjoyed a massive market share while the rest of the world was enduring lockdowns.

Talking points: Why do you think France has suffered the second-most out of the G7 nations? Why is the UK enduring the deepest recession?

There are reports that American microblogging service Twitter has approached ByteDance over a potential TikTok acquisition. Twitter has had preliminary talks with ByteDance but Microsoft remains the most likely purchaser of the US arm of the video-sharing app.

US President Donald Trump has given TikTok’s parent company ByteDance 45 days, after which it must stop handling transactions in the US. The executive order was triggered over security concerns that TikTok’s owner was sharing US user data with the Chinese government. ByteDance is planning to sue the Trump administration and has consistently denied any allegations that it shares user data with the Chinese government or censors content at its request.

Why might the American government prefer Microsoft to buy TikTok? How will ByteDance suing the government affect any acquisition?

The Chartered Institute of Personnel and Development (CIPD) alongside the world’s second largest Human Resources firm The Adecco Group, has conducted a survey into the likely unemployment figures coming this autumn. Results reveal that one in three UK employers expect to make staff redundant from July-September. This marks a jump of 50% from the redundancy predictions only three months ago. 38% of private sector firms will make redundancies, more than double the 16% in the public sector.

Although hiring confidence has grown from the 40% of firms willing to increase staff in the first quarter to 49% in the second quarter, CIPD analysts believe these figures are not even close to offsetting the rise in redundancies, which will worsen further as the government’s Job Retention Scheme draws to a close. In June 2019, 345 firms planned to cut 24,000 jobs; in June 2020, 1,778 firms have already announced intentions to cut jobs, amounting to 140,000.

Talking point: What are the wider economic effects of mass unemployment?

How much can you remember from April's commercial awareness updates? Take our quiz to find out now!