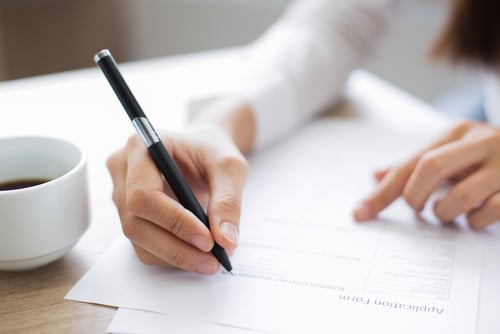 Many of us will start work at 16 and won’t retire until we hit our late 60s. Yet despite it being something so crucial to our livelihood, very few people understand the rules which they must follow and the rights that they have when at work. Thinking of getting into employment law? Find out about how it works in the UK.

When Can a Person be Classed as Employed?

Under the Employment Rights Act 1996, in order to be employed, there needs to be a contract of employment between the employee and the employer.

The courts have developed several indicators for determining whether a not a contract exists, and these include:

Once you have a contract, employment is official. This usually gives rise to some obligations on the employee’s part. These include a duty to exercise reasonable skill when carrying out their work, to obey lawful and reasonable requests of management and to not act against the interests of your employer.

What Are Some Different Types of Employment?

There are generally three types of people in employment:

Under the Employment Rights Act 1996, workers are people that carry out work personally for someone who is not a client or a customer.

As a worker you are entitled to:

Employees are a type of worker but they only work under a contract of employment. As a result, they have less freedom than their counterparts but are given additional rights, such as:

People belonging to this group operate as a business and work on behalf of their customers. As a result, they have very little rights, apart from some health and safety protections and a right against discrimination.

How Are Workers or Employees Protected in the Workplace?

Under the Equality Act 2010, it is unlawful for any workplace to discriminate against an employee as a result of certain protected characteristics. These are:

Any employer who is found to be deliberately or inadvertently discriminating against employees for these characteristics will be liable under law and may have to pay compensation.

Read more about laws protecting diversity in the workplace.

How do Workers/Employees Enforce Their Rights?

A breach of employment rights or contract of employment like unpaid wages, unfair dismissal and redundancy pay can most likely be enforced at an employment tribunal.

Decisions can be appealed to the Employment Appeal Tribunal (EAT) and if there is a very serious question of employment law at stake, a case can reach as far as the Court of Appeal and possibly the Supreme Court.

Which Safety Laws Are In Place at the Workplace?

Under the Health and Safety at Work Act (1974), employers have a general duty to ensure their premises and working conditions are safe. Various codes and regulations exist in several different industries to ensure that workplaces comply with the law.

Furthermore, inspectors from the Health and Safety Executive (HSE) are empowered to carry out reviews of employee’s premises, hand out improvement notices and in some cases, prosecute.

What is the Role of a Trade Union?

Trade unions are organisations of workers that try to represent the interests of employees to the employer. Generally, unions’ duties include negotiating pay on behalf of their employees, arguing for better working conditions and representing employees at a tribunal.

Art.11 of the European Convention of Human Rights (enforceable in the UK by the Human Rights Act 1998) gives everyone a right “to form and join trade unions for the protection of his interests”.

<strong>How much do you know about employment law? Test your knowledge with our two-minute quiz!</strong>

Most employees have a right to strike when a trade dispute exists between them and the employer. However, this right is qualified by various provisions such as the Trade Union & Labour Relations (Consolidation) Act 1992 (TULRCA) and the Trade Union Act 2016.

These qualifications can be very complex but include things like a requirement for a trade union to hold a secret ballot for all appropriate members and a right for employers to be given adequate notice before a strike commences. Other important provisions are that practices like sympathy strikes and picketing are unlawful.

Although workers are not paid during a strike, it is against the law for employers to dismiss striking employees during a “protected period of 12 weeks”.

To find out more about employment law in the UK, read about the following:

Find out more about how to become an employment lawyer in our new guide!

What Are the Best Areas of Law for Work-Life Balance?