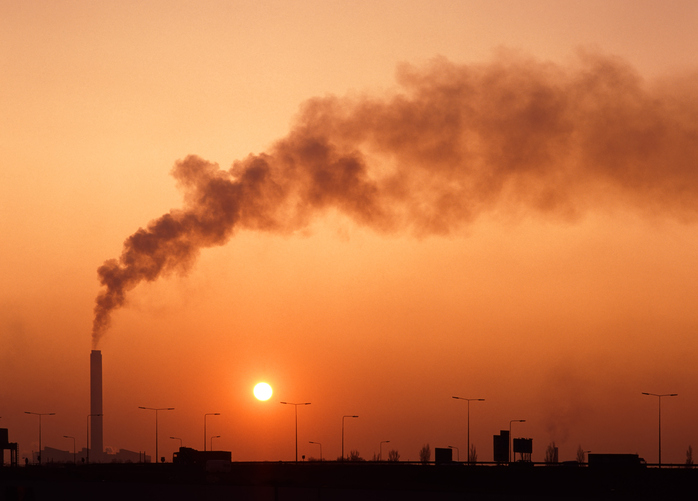 There are many issues which are currently plaguing the world, each of which falls into numerous categories: political, financial, environmental or other.

However, arguably the biggest threat when it comes to environmentalism is the growing impact of climate change.

One personally often wonders whether we would be in a better position had climate change advocate and former Vice President of the United States Al Gore won the controversial 2000 election. There have been many promising developments worth evaluating.

Do you want a training contract? Book your ticket now to one of our popular Training Contract and Vacation Scheme Conferences in London or Manchester to meet law firms and learn what you need to succeed – for just £5!

The Reality of Climate Change

With the world now heavily dependent on non-renewable energy sources and industry growing to such a level that the demand for resources far exceeds supply, there has been a significant environmental impact.

There are natural causes such as volcanic activity and variations in the Earth’s orbit, but the principle cause is largely accepted to be human activity, particularly when CO2 levels are considered.

The excess burning of fossil fuels such as coal creates an increase in carbon dioxide levels which, when combined with the Greenhouse Effect, causes the Earth to heat up uncontrollably.

The changes have now reached a point where most scientists accept that damage is irreversible and we are in a position of damage limitation as opposed to reparation.

Students are perfectly entitled to offer an opinion on the severity of climate change, but sceptics need to be careful as totally denying the problem goes against the majority of evidence.

What Was the Paris Agreement?

The most significant step towards lessening the effects of climate change was the Paris Agreement, signed on 22nd April 2016, as part of the United Nations Framework Convention on Climate Change.

The USA, along with 174 other countries, became party to the agreement to keep global temperature rises this century well below 2 degrees Celsius above pre-industrial levels and to pursue efforts to limit the temperature increase even further to 1.5 degrees.

The key is to work on the basis of mutually-agreed, nationally-determined contributions which assess the necessary input of each individual party.

For example, China, who is responsible for 29.4% of global CO2 emissions, would have to make more of a concerted effort than Russia, which only accounts for 4.9%.

The key to discussing the Paris Accord, in an interview or just in everyday life, is an air of objectivity. Candidates would do well to highly research and read numerous academic articles on the agreement to form a well-rounded view of the agreement as a whole. This will provide them with the necessary knowledge to assess the merits and imperfections of the agreement before coming to a conclusion.

Students may want to ask themselves questions such as: Is it doing enough to stop climate change? Or is it putting too much of a restrictive burden on countries?

Climate change is a serious issue, as many of our How to Discuss articles are, but it’s useful to know how to take a stance on all of them in an interview. Here is the rest of the series for you to read next:

When fighting for both the Republican nomination and then the presidency in 2016, Trump ran a large part of his campaign on an anti-environmentalist ticket, even arguing at one stage that climate change was an elaborate hoax by the Chinese authorities.

In the East, it could be the COLDEST New Year’s Eve on record. Perhaps we could use a little bit of that good old Global Warming that our Country, but not other countries, was going to pay TRILLIONS OF DOLLARS to protect against. Bundle up!

The key driving force behind Trump’s decision seems to be the notion that American jobs must come first and by seeking to limit climate change he will be doing so to the detriment of US coal and steelworkers, to name just two sectors.

This would not come as a huge surprise to most observers when you consider Trump ran his campaign on the premise of “America First” and “Making America Greta Again”; both of which are slogans pointing squarely towards isolationism and minimal cooperation on the global stage.

Whilst Trump is under no legal obligations to remain party to the agreement and subsequently occurs no liability by withdrawing, he may well be vanquishing the USA’s reputation as a world leader on such pivotal issues.

External perceptions of the USA and, even more importantly, its leader are also likely to suffer, with both the EU and China warning him to exercise caution before distancing himself from an issue which effects everyone equally.

In America, it very much depends on partisan rhetoric, as Republicans dispute it and Democrats largely accept it, although this ratio does not speak for all US citizens by any means.

Influential business people such as Ivanka Trump and Elon Musk have been quick to facilitate and support the pro-Paris argument, stating that the children’s future must be a priority and urging Trump to stick with America’s allies and rethink withdrawal. Democratic donor Tom Steyer was just one of many [from all parties] who took to social media in a passionate defence of this fundamental climate change policy.

It is important to remember that at the time of writing, the USA is yet to formally withdraw and talk of doing so appears to be on the back-burner following other global incidents, such as rising tensions with North Korea.

However, given Trump’s penchant for revoking Obama’s policies and renewed determination to fulfil his campaign promises such as the wall with Mexico, it could still happen.

When assessing Donald Trump’s impact on climate change it is imperative candidates stay objective and avoid being overly political. Candidates would do well to greatly research both the pros and cons of withdrawing from the accord before concluding on whether Trump is right to do so.

Students may wish to argue for example, that whilst the USA should help fight climate change, it can do so outside of the agreement.

Climate Change is a serious issue which is undoubtedly going to impact future generations in a detrimental manner. How students approach this in an interview is entirely up to them, but an objective stance encompassing all viewpoints is largely preferable.

Students will then have shown the ability to think rationally and deal with conflicting opinions before coming to a balanced conclusion.

You MUST read these articles next to give yourself the best chance of succeeding:

How Your Hobbies Can Help in Interviews