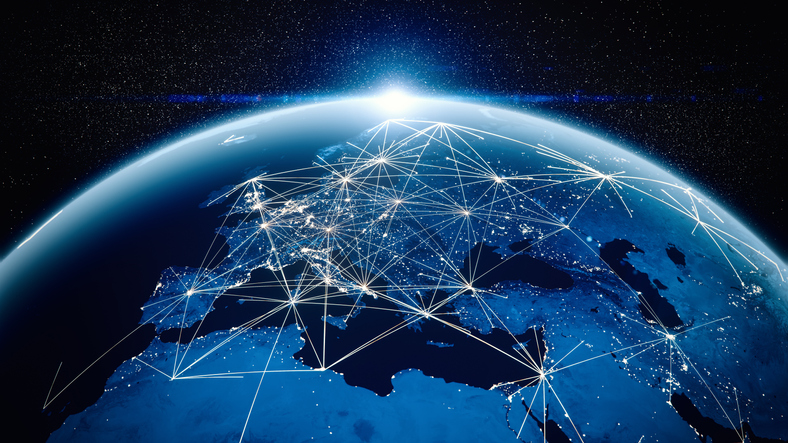 What’s been going on in the commercial world that you should know about? Read on to find out!

On Friday 31st January, the United Kingdom left the European Union. UK stocks fell on Friday – however, the extent to which they dropped was lower than expected and it is reasonable to assume a large contributor to this came from the confirmation of the first two British coronavirus diagnoses.

A more significant point of interest is that of Mark Carney (Governor of the Bank of England) decided to keep the main interest rate unchanged at 0.75%. This may come as a surprise to some, with many analysts expecting a cut. It appears as though the expected slowdown in the British economy when approaching the 31st January was not realised.

The Bank of England also cut its GDP growth forecast for 2020 from 1.2% to 0.8% to reflect the continued hesitance for investors despite more certainty that the UK will leave the European Union with a deal.

Therefore, the Bank of England has taken a far more cautious approach than expected. The potential for the economy to grow may not be as strong as the 2.75% Sajid Javid suggested (in his interview with the FT before Davos 2020).

Use of Huawei Technology in the UK Allowed

Boris Johnson has allowed the use of Huawei 5G technology in peripheral (non-core) elements of UK telecoms, despite prior US threats that such a move would compromise the UK’s position within the Five Eyes intelligence partnership.

It could be argued that the government’s decision has balanced the geopolitics of recent years as well as the pragmatic promotion and usage of the best technology possible for UK citizens. Huawei will only be allowed to supply 35% of the kit in a network’s periphery and will also be excluded from areas near military bases and nuclear sites.

The UK has put some security measures in place including the establishment of the Huawei Cyber Security Evaluation Centre. The decision has made the 5G ecosystem healthier due to the increased competition – Ericsson and Nokia are currently the only 5G manufacturers.

It is worth noting that Huawei has been investing in both the UK and other European countries such as France, Germany and Italy since the early 2000s. Chinese diplomats, opposing those in the US, were also putting pressure on the UK with warnings that repercussions to Sino-English trade and further investment plans would be at a ‘substantial’ risk if the company had been banned outright.

Huawei’s 5G technology has been commercially launched in South Africa and the technology is currently being trialled in India. Huawei is making a major push for market presence in South Africa and to date, has faced little restriction from the large market of Brazil. Britain’s semi-endorsement of Huawei may aid the Chinese telecommunications company in establishing a further-reaching global 5G network.

How has the US reacted? US Secretary of State Mike Pompeo expressed his ‘disappointment’ with the UK over the decision and Senator Tom Cotton has called for a ‘thorough review’ of US-UK intelligence sharing in light of the decision. Although the Trump administration has previously threatened the UK with a potential limitation placed on intelligence between the two, it is unclear how this will play out in practice.

Aston Martin has faced a tough few years with challenging trading conditions. In October 2018, the company went public. At the time, it was worth was £4.3billion and the shares cost £19. Exactly one year later, the company’s market value plunged to £1.1 billion and in the first few weeks of January 2020, the share price dropped to just £4.50.

Why has Aston Martin struggled? The luxury sports car manufacturer simply does not have the capital to invest in new models, meaning delivery of new cars is falling behind Bentley, Ferrari and Lamborghini.

Despite a powertrain partnership with Mercedes-AMG, Aston Martin lacks the funding and strategic sharing of major investments that the Fiat Chrysler Automobiles and the Volkswagen Group provides Ferrari and Bentley with respectively.

Aston Martin recently established a plant at St Athan in Wales, which has drained resources. The car manufacturer was forced to borrow £120m at a steep interest rate to prop up its operations. This has not yet brought the returns envisaged by Andy Palmer (Aston Martin’s CEO) but he holds out hope with the release of the DBX SUV from the plant. He has estimated that the company is capable of selling 4000 of the model.

Last week, it was announced that Lawrence Stroll (a Canadian billionaire and part-owner of the Racing Point F1 Team) had entered into a £500m rescue deal with Aston Martin. He is reportedly investing £182m for a 20% stake in the company. A condition of his support is the use of Aston Martin’s marketing on his Racing Point Formula 1 team.

Why has Aston Martin struggled where Rolls Royce has flourished?

Facebook has seen its annual profits fall for the first time in 5 years. It was revealed last week that 2019 saw a decrease of 16% which led to shares in the company dropping over 6% in after-hours trade.

Although Facebook’s advertising business revenue saw a 27% rise over the year, the company faced heavy criticism and litigation which mitigated this gain. Examples include the imposition of a $5bn fine by US regulators in favour of the Federal Trade Commission in July and last week’s $550m lawsuit in Illinois, where Facebook was forced once again to defend its data privacy approach with regard to its use of facial recognition technology.

As the US 2020 election looms, Facebook will be subject to intense scrutiny – largely over suspicions concerning the Trump Administration’s use of the social networking site in the run-up to the 2016 presidential election.

What could Facebook do to regain the trust of its users?

2020 marked the 50th anniversary of the World Economic Forum’s annual business and political summit: Davos. The four-day meeting contains representatives from 117 countries and 121 nationalities. Bankers, financiers, investors, and representatives from 91 global governments were just some of the attendees at this year’s event.

What were some of the key issues discussed?

What do you think about these key issues? Are there any other worrying global trends that should have been discussed?

How to Discuss the Commercial Effects of the Coronavirus