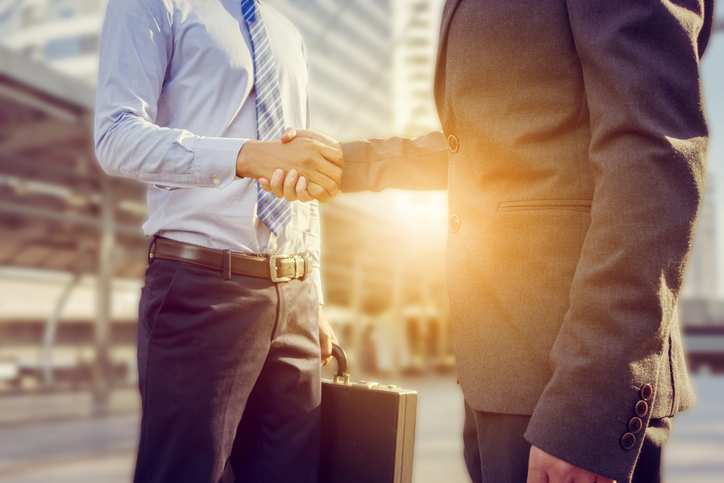 Commercial law, otherwise known as trade law, is a broad term that includes many different fields like corporate law and antitrust law. As a branch of civil law, commercial law cases involve businesses and their commercial transactions within many spheres.

It is also susceptible to major political undercurrents such as Brexit, which is exemplified in the first case below.

This was a landmark commercial law case in which European Medicines Agency argued that their long-term lease office lease in Canary Wharf was ‘frustrated’ by Brexit and the contract could not be fulfilled, as they had to relocate to Amsterdam.

Mr Justice Smith ruled in favour of Canary Wharf, concluding that Brexit did not constitute a ‘frustrating event’ as it did not fundamentally alter the performance of the contract or radically change the purpose of the contract.

The judge found that the EMA had the ability to sub-let the premises under the current contract and any ‘frustration’ was not arising from unforeseen circumstances. European Medicines Agency had signed the lease under the jurisdiction of English law.

That meant that the legal standards for ‘frustration’ were not met and they were bound to their contractual obligations despite being a European organisation. European Medicines Agency decided to accept the ruling and sublet their Canary Wharf office to WeWork.

This case had significant implications as it established that Brexit did not provide sufficient grounds to create‘frustration’ and to allow a business to escape contractual obligations. This will inevitably provide a greater degree of certainty to the property market and ensure that Brexit will not have a major destabilising effect on existing contracts.

In this commercial law case, the Supreme Court considered the circumstances in which an offending portion of a non-compete clause should be severed.

Global search and recruitment company Egon Zehnder hired Ms Tillman to work in the financial services team under a contract of employment. This contract included a non-compete clause in which Tillman agreed that she would not “directly or indirectly engage or be concerned or interested in” any business carried out with competitors of EZ UK or the EZ Group for a period of sixth months subsequent to the termination of her employment.

However, shortly after her employment came to an end in 2017, Tillman notified EZ of her intention to work for a competitor. She argued that her non-compliance with the non-compete clause was a result of its nature as an unreasonable restraint of trade, and thus it was void.

The appellant applied for an injunction to enforce the non-compete clause; it was granted by the High Court which found that the use of “interested in” (in the non-compete clause) did not warrant an unreasonable restraint of trade. However, the Court of Appeal overruled the judgement and the appellant appealed to the Supreme Court which restored the High Court injunction.

The Supreme Court considered three primary issues in regards to the enforceability of the non-compete clause:

Therefore, the Supreme Court held that the rest of the contract was enforceable and Tillman was fairly restrained from seeking employment at a competitor’s firm. This case was significant as it clarified the application of the severance principle in restraint of trade cases and emphasised the importance of drafting explicit contracts and restrictive covenants.

This commercial law case prompted the Supreme Court to reassess the principles of contractual interpretation; it considered the balance between contextualism (the commercial context in which the clause was drafted) and textualism (the literal meaning of a clause).

In Wood v Capita Insurance Services the Supreme Court contemplated competing interpretations of an opaque indemnity clause in a sale and purchase agreement for an insurance broker. The purchaser (Capita) bought a car insurance company and was indemnified “in respect of losses derived from the mis-selling or suspected mis-selling of insurance products prior to the sale” or warranty claims made within two years.

Upon discovering that the company had potentially mis-sold insurance to customers, it reported this to the Financial Services Authority which imposed a remediation scheme upon the purchaser to compensate customers. This led to Capita incurring a loss of approximately £1.35 million. The purchaser argued that this loss fell within the scope of the indemnity clause. The sellers proposed that as there had not been any complaints or claims made against the company and the losses incurred were due to self-reporting, the indemnity clause did not apply.

The Supreme Court arrived at the view that textualism and contextualism are not “conflicting paradigms” but rather tools to interpret the language within contracts. This affirmed that a balance needed to be struck between the two as contractual interpretation is a unitary procedure, hence the decisions in Arnold v Britton and Rainy Sky SA v Kookmin Bank are not at odds.

Want to be kept up-to-date with the latest news in the commercial world?