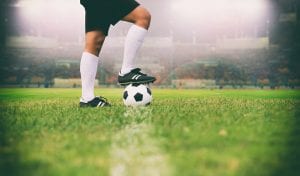 Football has been described as a game of tension which is true on and off the football pitch. Stakeholders in the football ecosystem such as leagues, clubs, players, sponsors and broadcasters have competing interests including divergent commercial and brand management considerations.

Kit sponsorship deals can be particularly lucrative for football clubs. These deals can be leveraged by both clubs and brands to enter into new markets and to increase brand equity. Real Madrid secured the most lucrative sponsorship deal in football when it extended its commercial tie-up with adidas until the 2027/28 season. The German sportswear brand has retained its position as the official kit supplier of Los Blancos in a deal that is estimated to be worth $1.2 billion. Understandably, New Balance who had sponsored Liverpool FC since the 2011/12 season wanted to continue manufacturing replica football shirts for the club particularly after the Reds defeated Tottenham Hotspurs in the UEFA Champions League final on 1 June 2019.

The sponsorship agreement between Liverpool FC and New Balance contained a matching rights clause in relation to contract renewal. In the event of a deadlock, Liverpool FC was entitled to enter into negotiations with third parties and submit the specific terms of a third party offer to New Balance. On 11 July 2019, Liverpool FC submitted Nike, Inc.’s offer to New Balance which gave the Boston-based sportswear manufacturer the “opportunity to review and match all the material, measurable and matchable terms”.

On 16 August 2019, New Balance notified Liverpool FC that it would enter into a new agreement on terms that were no less favourable to Liverpool FC than the Nike offer. There was disagreement as to whether New Balance could (a) market products in campaigns “featuring not less than three (3) non-football global superstar athletes of the calibre of Lebron James, Serena Williams, Drake, etc” (‘the marketing term’) and (b) sell products in 6,000 stores worldwide (‘the distribution term’). The High Court acted as ‘referee’ and held that New Balance had matched the distribution term. However, Liverpool FC was ultimately successful because it was found that New Balance had not matched the marketing term.

New Balance was not granted permission to appeal the High Court’s decision and Liverpool FC has been added to the roster of Premier League clubs sponsored by Nike; namely, Tottenham Hotspurs, Chelsea and Brighton Hove & Albion. The New Balance offer was found to be less favourable because Liverpool FC could not require New Balance to use athletes or influencers of the calibre of a basketball player who has scored the third most points in NBA history, a tennis player with 23 Grand Slams to her name and Spotify’s most streamed artist of the decade. To avoid ‘scoring own goals’, parties should ensure that the wording of matching rights is clear and precise about the specific terms to be matched, to minimise uncertainty as to whether there has been a valid match.

Find the link to the decision here.

In January 2020, England’s all-time record goal scorer, Wayne Rooney joined the EPL Championship club, Derby County F.C. in the role of a player-coach. The football transfer proved high stakes for Derby County who secured a record-breaking sponsorship deal with online casino company, 32Red.com who will pay a proportion of Rooney’s weekly wage of £90,000.

Against the odds, Rooney was awarded the No32 shirt which has attracted criticism as a not so subtle marketing ploy to promote the sport betting activities of 32Red. There is a concern that an association will be made between Rooney’s shirt number and gambling and consequently between gambling and 32Red, particularly in the minds of young people. Notably, the 32Red logo which is a registered trade mark does not appear on the Junior Kits for the Rams which instead features the branding of club partner, Utilita Energy to reflect the club’s commitment to responsible gambling.

The global coalition of solidarity for our shared humanity triggered by video footage of 42 year old, George Floyd as he cried out “I can’t breathe” and for his late mother has been acknowledged on the football pitch. In the German Bundesliga, Jadon Sancho and Achraf Hakimi who play for Borussia Dortmund celebrated their respective goals by removing their jerseys to reveal t-shirts with the words “Justice for George Floyd”. The Premier League and its 20 shareholder clubs have also made powerful and poignant statements against racial injustice.

For the first 12 matches of the restarted 2019/20 season, the names of football players were replaced with ‘Black Lives Matter’ and auctioned on eBay for the ‘Shirts for Change’ raffle as a fundraiser for the Stephen Lawrence Charitable Trust. In addition, the Black Lives Matter logo designed by Watford striker, Troy Deeney and his partner, Alisha Hosannah will feature on Premier League shirts for the remainder of the season.

The trade mark application (UK00003499537) to register the logo was filed at the UK Intellectual Property Office on 11 June 2019 and consists of the letter “a” in the word “black” replaced with a clenched fist that echoes the salutes given by Tommie Smith and John Carlos at the 1968 Olympic Games in Mexico City. The Hornets striker explained that the rationale of the trade mark application was to license the logo to the Premier League, prevent the misuse of the logo and raise money for charity.

The Premier League’s support for the statement that Black Lives Matter as a truth that needs to universally acknowledged complements the initiatives of football’s equality and inclusion body, Kick It Out. In the words of Sanjay Bhandari, Chair of Kick It Out, “football has a unique reach and power to make a positive impact on society.”