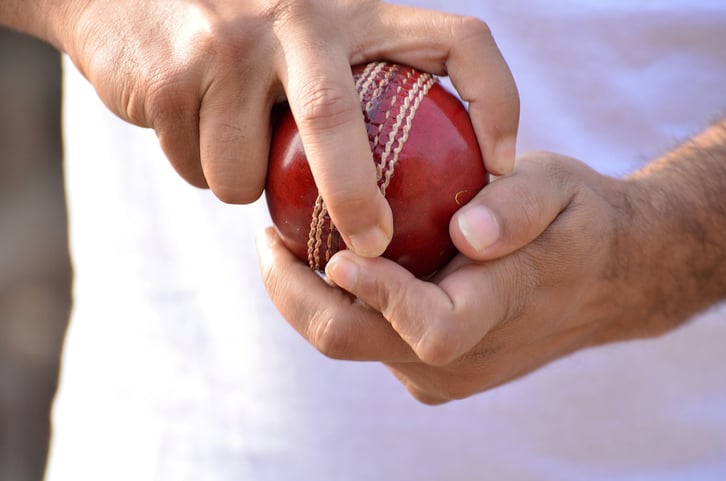 “To carry a foreign object onto the field of play with the intention of changing the condition of the ball to gain an unfair advantage on your opponent is against not only the Laws, but the spirit of the game as well,” – Andy Pycroft, ICC match referee and former batsman for the Zimbabwean national team

For those who have read my blogs on Football and the Law, it will be evident that I am fan of the beautiful game and loyal supporter of Manchester United F.C.

However, I have been intrigued by the controversy in Cape Town involving ball tampering during the third Test between Australia and South Africa that has sent the cricketing world into a tailspin.

Prior to the Sandpaper Gate Scandal that broke on Saturday 24 March 2018, I had limited knowledge about the gentleman’s game despite working in the hospitality boxes at Lord’s Cricket Ground, where I admittedly referred to “runs” as points and was swiftly corrected by the guests…

For the uninitiated of which I am one, the condition of the ball used in a cricket match can be changed in a number of ways to achieve a reverse swing, which means that the ball changes trajectory through the air and alters the angle at which the ball bounces on the ground. Thus, this creates difficulties for the opposing batsman.

Ball tampering is contrary to Article 2.2.9 of The International Cricket Council (“ICC”) Code of Conduct for Players and Player Support Personnel and includes:

Smith, Warner and Bancroft were all charged with breaching Article 2.3.5 of Cricket Australia’s Code of Conduct (“CA Code”) which encompasses conduct that is contrary to the spirit of the game, harmful to the interests of cricket and brings the game of cricket into disrepute.

Smith, the former skipper of the Australia cricket team and the world’s top-ranked Test batsman, was found by the Integrity Unit of CA to have known about the plan concocted at lunchtime on day 3 of 5 of the 2018 Tour of South Africa. The plan had been created by the ambiguous “leadership team”.

Some might argue it was executed in comical fashion in front of over thirty television cameras on the field of play. Opening batsman Bancroft roughening the surface of the ball so as to alter its condition using what he later admitted to be sandpaper rather than yellow sticky tape that had been applied with “some granules from the rough patches of the wicket”.

Smith also failed to stop the plan, directed Bancroft to conceal evidence of attempted ball tampering and mislead Match Officials and the public.

Warner, the former vice captain of the Australia cricket team, was identified as the instigator-in-chief in the cheating scandal that has stirred up a plethora of emotions from incredulity, anger, embarrassment to immense glee.

The left-handed opening batsman, who is hailed as one of the world’s best, was held responsible for devising the lunchtime plan, instructing a junior player (i.e. Bancroft) to carry out the plan, demonstrating how to carry out the plan, failing to stop the plan and report his knowledge of the plan. This misled Match Officials as he failed to voluntarily report his knowledge of the plan in the post-match conference.

Bancroft, an opening batsman who has played in just 8 Test matches, was found liable of knowing about and being a party to the plan to artificially alter the condition of the ball using sandpaper.

Unsurprisingly, it was established that Bancroft had sought to conceal evidence of his attempts to artificially alter the condition of the ball as this was captured on multiple television cameras on the field of play and generated colourful memes.

Bancroft also sought to mislead Match Officials which led to the on-field umpires not changing the ball after questioning Bancroft when footage beamed on the screens at Newlands Stadium, South Africa of Bancroft rubbing the ball with an object that he had taken from his trouser pocket.

In the court of public opinion, the sanctions imposed by both the ICC and the CA were not severe enough, with some calling for life bans. In other quarters, the sanctions were deemed too harsh, as a wave of sympathy was gradually gaining pace for Smith and Bancroft, at least after their tearful press conferences.

Both Smith and Warner have been demoted from their captaincy roles with the former replaced by wicket-keeper batsman Tim Paine, and the latter informed that he would not be eligible for selection for a leadership position for the remainder of his cricketing career.

This is largely due to the finding of Warner’s role as mastermind of the ball tampering plan and widely rumoured to trigger the appeal process under Article 8 of the CA Code. The Australian Cricketers’ Association has called into question the severity and proportionality of the bans imposed by CA and ICC respectively.

The former leaders of the Australian national team received 12 month bans from CA for their role in the ball-tampering debacle and fined 100% of their match winnings by the ICC.

Conversely, Bancroft was fined 75% of his match winnings by the ICC and received a 9-month ban and three demerit points to his disciplinary record for his involvement by CA.

Invariably, it is a delicate balancing act for a sport governing body such as CA to strike the correct balance between imposing sanctions that protect the integrity and reputation of the sport, but also afford the perpetrators with the opportunity to redeem themselves after falling from grace.

On the one hand, the international and domestic bans instituted by CA acts as a bold warning of the severe consequence of being caught cheating “yellow-handed” (I couldn’t resist).

On the other hand, the strong deterrent effects of these bans are slightly tempered by CA encouraging the now notorious trio to compete in club cricket in order to maintain their skills and preserve their links with the cricket community.

Parallels can be drawn between ball tampering and doping, as both seek to gain an advantage by surreptitiously undermining the letter and spirit of the rules of the game in pursuit of glory, honour and fame. We are all fallible and a “winning at all costs” mentality may lead to making the wrong choice when at the crossroads and faced with the decision of upholding or sacrificing one’s integrity.

A cheating scandal tends to leave an indelible mark on the legacy of the individual and the public at large has shown itself to be particularly unforgiving of sporting cheats with athletics being a case in point…Justin Gatlin anyone?

Ultimately, there are “more important things in life than winning or losing a game” – Lionel Messi #AUSvSA.