5 Law Students on How They Chose Their Law School 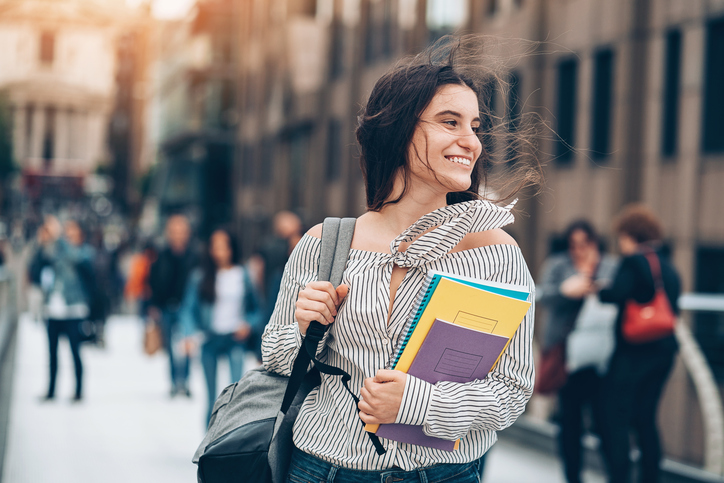 As seen in the latest league table from The Guardian, there are 103 law schools in 2018. Each has its own unique selling point to attract students. However, you may be stuck deciding which law school is best for you, given that there’s so much choice.

This article provides the views of five law students on how they picked their law schools. By the end, you should have an idea of what to look for when making that all-important choice.

Some of these universities require you to take the LNAT – an admissions test for law school. Find out more about the LNAT with our complete guide to the LNAT 2018, or why not book our popular Online LNAT Course, featuring hours of video tutorials and practice questions?

Oxford is credited as having the oldest and one of the most prestigious law degrees in the English-speaking world. Hear how Dylan chose his law school:

“I wanted to be ambitious in choosing my universities. At the same time though, I wanted to ensure that I would fit in. So, I decided to choose a range of law schools. I looked beyond their academic reputations, by focusing on the following:

Oxford may have seemed an odd choice and though the law degree is demanding, there is time to explore your interests. In addition to this, there is practically a society for every activity you can think of.

My advice for students would be to look into the course that you are applying to as law degrees are structured in different ways. Many have different exam structures and some allow for more options than others. Choose a law school that suits you!”

Most students choose the law school that caters to their passions. Hear how Felicity’s passion led her to choosing the LSE.

“I chose my law school through researching and comparing several factors. However it was through work experience placements at Stephenson Harwood and PwC I discovered that my passion lays in the legal framework behind the business, commercial and financial worlds.

The LSE was, therefore, a natural choice given the opportunity to study commercial contracts, company law and corporate insolvency law. It’s leading academics, its reputation as a top 10 law school globally, its location at the heart of the UK legal profession and its numerous career-focused opportunities made it a very attractive option for me.”

Not everyone goes to university straight after school. Hear from Liz, a mature student and Dickson Poon Scholar at King’s College London:

“On top of a good academic team and reputation, I was looking for a sense of community, the likelihood of a higher proportion of mature students, good extra-curricular opportunities, support systems (having only recently recovered from a debilitating long-term condition) and alternative funding options (e.g. bursaries and scholarships).

As a student who only had four GCSEs and an Access to Higher Education Diploma, I was worried that some of the more prestigious universities would not consider me. Therefore, my choices ranged from top-of-the-league-table universities to ones lower down.

However, I was lucky enough to receive four unconditional offers, so it was then just the tricky task of choosing.

I decided to study law at King’s for many reasons – some of which were the incredible wealth of knowledge the teaching staff have, the prestigious history of the university and the excellent reputation the law school holds; not only as a place of research/study, but as a hub for all things law.

However, all of those were ‘head’ reasons – it wasn’t until I came to one of the Offer Holder Open Days that I became utterly certain King’s was ‘my’ place.

The warm welcome, smiling faces and open minds of the staff and students convinced me that, not only would I have the opportunity to excel and be pushed academically, but also that there was a genuine community to be part of at King’s – beyond the lecture hall.

I would recommend students visit all their choices and think about not only the course, but the environment and the feeling they get when visiting and talking to staff and students.”

>> That’s right – KCL ALSO requires the LNAT! Why not have a go at some free LNAT questions here?

For students like Amardeep, your law school might not have been established yet. Check out her reasons for choosing Royal Holloway:

“I was particularly attracted to Royal Holloway when they promoted their new law degree at an applicant day. One lecturer in particular, Rita, stuck out to me because of her background as a practising solicitor. This gave me a lot of faith in her ability and standard of teaching.

The overall attitude to teaching of the department was what swayed my decision. Although it did cross my mind that the department was so new, they really sold themselves well. They were confident that the law school would do well, given that they had many connections to the industry. It also helped that Royal Holloway was easy to commute to.

It was the confidence and motivation that the law school had which convinced me it would be the perfect place to complete my LLB.”

Not everyone starts out doing law. Hear from Sha’I about her swapping to law and staying at DMU:

“Initially, I started studying architecture at DMU. However, I decided to switch to law. I was aware that DMU had a reputed law school.

So after making the decision to switch disciplines, I met with one of the law lecturers at DMU – Alwyn Jones. Alwyn from day one was the most supportive lecturer I have ever had the pleasure of meeting. He helped me with the transition process and recommended books to me. So I ended up switching to law and joining the law school at DMU.

I decided to stay at De Montfort due to the brilliant staff. I have no regrets in choosing DMU. During my time here, I have been supported fully. I have also had some brilliant opportunities.

It is simply not true that non-Russell Group students do not get opportunities. There are some great opportunities out there. Do what I did and choose a law school where you feel you would be well supported and thrive.”

A final word from me: whilst each reason was unique to each individual law student, the message remains the same – choose the law school that’s right for you.

Want more help picking your law school? Read these next:

How to Get a First in Your Law Degree Exams

5 Things to Start Doing After Your Exams Finish