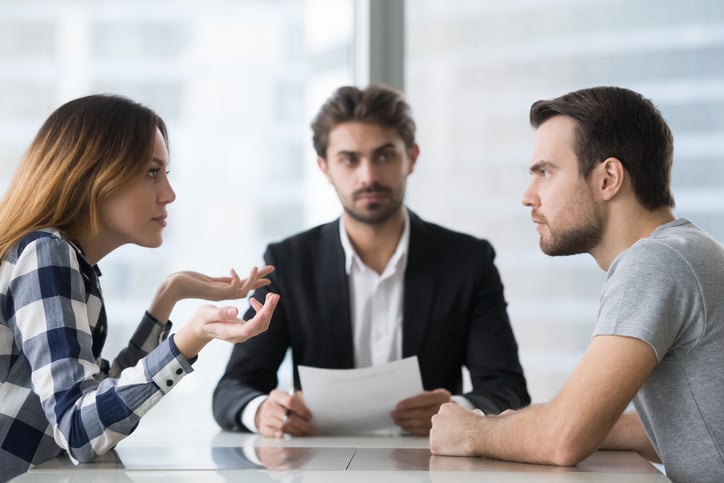 The Family Division of the High Court deals with such proceedings. District judges preside in County Courts and in Family Proceedings Courts, which are dedicated Magistrates’ Courts that house family court cases.

For issues relating to children, family law courts can deal with both public cases, that can be brought by local authorities or an authorised person (only the NSPCC at present), and private actions, that are typically brought by private individuals, often associated with divorce or separation between parents.

Here, we take a look at interesting family court cases that have presented notable rulings in recent years.

In Chai v Peng (2014), the Family Division chaired one of the most complex and sizeable divorce cases to have entered the English courts. The case involved businessman, Khoo Kay Peng, and his former beauty queen wife Pauline Chai.

In 2013, when Chai issued a petition for divorce in London, Peng disputed the claim, arguing against its jurisdiction in England and instead, issued his own separate petition in Malaysia.

Disputes over the most appropriate jurisdiction continued for two years, before the High Court ruled that England was the right jurisdiction to bring the case before (later upheld by the Court of Appeal). Chai was subsequently awarded one of the biggest divorce settlements in history, £64 million, in 2017.

Medway Council v Root (2019) is a recent case that sought to resolve a dispute between parent and child.

In the digital era, the Family Division of the High Court had to consider whether an application for committal could be upheld where a parent published material regarding her children on social media, without their consent.

The first question for the courts was whether posting a hyperlink on social media on a judgement constitutes to publishing that judgement. The second question was to ask and decide if audio content on a video recording, whereby spoken words can be heard, amounts to displaying such material for the purposes of the law.

The judges were required to consider the legal framework in the context of hyperlinks and displaying material. Root applied to purge her contempt — atone an act by apology and/or payment of a fine  — on the grounds of her deteriorating health and an unconditional apology for breaching orders and ensuring compliance in the future.

On the attempt to purge her contempt, the court considered that as she had removed the offending material from Facebook and Twitter, both those and related pages were no longer publicly accessible.

As a result, the local authority agreed that the purpose they sought committal had been achieved. The court allowed the parent to purge her contempt and demanded her immediate release.

In Re A (a minor) (fact finding; unrepresented party) (2017), one of the most prominent and important statements were made by a judge in recent years, in the context of domestic abuse: “It is a stain on the reputation of our family justice system that a judge can still not prevent a victim being cross-examined by an alleged perpetrator.

“This may not have been the worst or most extreme example but it serves only to underscore that the process is inherently and profoundly unfair. I would go further it is, in itself, abusive. For my part, I am simply not prepared to hear a case in this way again. I cannot regard it as consistent with my judicial oath and my responsibility to ensure fairness between the parties.”

Emphasising the inherent and profound fairness, such principles underpin the Domestic Violence Bill reforms proposed in 2019. The Bill seeks to secure:

In The Domestic Abuse Bill: a long-awaited overhaul or flawed legislation with an implementation problem?, Hannah Gomersall, Barrister, Coram Chambers states that while the bill is “creative and ambitious in its attempt to unify and reform both the family and criminal jurisdictions”, it appears to be unclear how this will align with current family court practices and whether it’s possible with available and accessible resources.

These are just a handful of interesting family law cases that have attracted media attention in the past few years. As aspiring lawyers, we must analyse and draw awareness to those that are prevalent, have raised important questions and set precedents that turn such legal judgements into landmark proceedings and famous family law cases.

Find out more about family law in our dedicated guide.

Or keep up to date with legal news with our fortnightly commercial awareness newsletter.