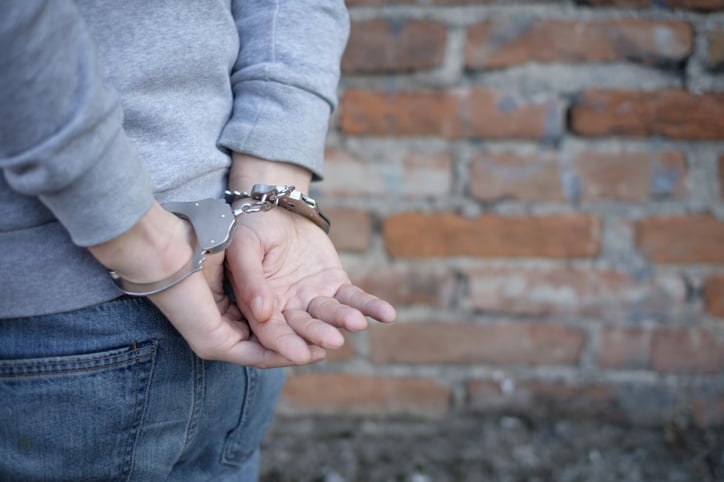 We have all heard the comments that the criminal justice system is supposedly crumbling. As such, you might think that this is old news. However, in January this year, the Law Society published a briefing listing the current reasons why the criminal justice system is in crisis. Therefore, it is clear it is not old news – there are continuing issues with the system that need solving.

It’s essential that you know what’s happening and aware of the current issues in the profession you’re hoping to enter. Read on to discover the current three significant criminal law issues you should become familiar with.

Because of a large increase in digital evidence, the police services find it difficult to get through all of it. Of course, this is not to say that police are just being inattentive. They are significantly under-resourced and overworked. Another possible issue is that disclosure officers may not always understand what evidence is relevant to a case. This would mean that the defence has to be aware of the evidence in question for them to request it.

It is obvious why this poses a serious threat to justice. One famous example of what can happen is the case of Liam Allan. After being charged with rape and sexual assault, his lawyers requested phone records obtained during the investigation. These requests were denied as they were informed there was nothing to disclose.

Once police were compelled to deliver the material and it proved to contain texts establishing his innocence, the trial collapsed.

Frustrations like this do not only risk miscarriages of justice. It also puts a significant pressure on an already under-resourced sector as it causes delayed and collapsed trials. What can we do about it then? The Law Society recommends creating different disclosure systems for the Magistrates’ Court and the Crown Court.

In addition, they recommend more collaboration between the prosecution and the defence at the pre-charge stage. This could be done by altering the legal aid payment structure so that solicitors get paid for this pre-charge work.

As criminal cases may involve complex evidence that require explanations to the jury and magistrates, experts like forensic scientists and psychiatrists are often brought into the court room. Such testimony is vital as judges and juries often lack technical and scientific expertise.

Because they lack this knowledge, it will make it difficult for them to be critical and challenge any expert evidence. This makes it even more important that the expert evidence used is of sufficient quality.

What is problematic is that there is a limit set by the Legal Aid Agency to the amount of money the defence can pay for their experts’ reports. Consequently, the defence solicitors may have to use expert reports below sufficient quality, or not be able to obtain one at all.

The Science and Technology Select Committee reported that defendants’ access to justice is hindered by this limit to financial aid. Their report argues that the defence needs to be able to do its own forensic testing where evidence is disputed.

Whilst it is understandable that these things must be budgeted so as to not overstretch the funding, the Law Society argues that the Legal Aid Agency may end up having to pay more when deciding to bring in a poor-quality expert that takes a lower pay rate.

This is because the poor-quality expert sometimes ends up taking longer than a better one would, meaning they will charge for more hours. This is a current criminal law issue and The Law Society argue that the government has to alter this limit so as to ensure that the defence can obtain high-quality reports, especially as acquiring reports of lower quality may cost the same amount (if not more).

The report by the STSC also recommends that the Legal Aid Agency set fairer prices for forensic testing. For this to happen, the Ministry of Justice has to provide the requisite funding. This proposal makes sense, especially if the Legal Aid Agency ends up having to pay more when bringing in a poor-quality expert.

In addition, it is a serious interference with justice if the defence often find themselves with experts of poorer quality as this can seriously hurt their case. This is especially significant as the jury is often heavily persuaded by expert evidence.

“Mo’ Money Mo’ Problems”, sang The Notorious B.I.G in his 1997 hit. While the song is awesome, the message doesn’t ring true in this context. The lack of funding affects lawyers’ payroll. Criminal solicitors and barristers have notoriously low salaries. One article even worked out that junior barristers may actually earn less per hour than someone working at McDonald’s.

Young students are therefore more attracted towards the pursuit of other areas such as corporate law instead of criminal. In turn, there is a shortage of criminal lawyers, and the number will only fall as less young people enter the field.

The Law Society has recommended an urgent fee increase to tackle this problem. This is meant to serve as an interim measure while we wait for the government’s review of criminal legal aid fees. It is hoped that this review will encourage the government to commit to increase funding for criminal legal aid. However, since it will not be ready until late 2020, it seems we will just have to wait and see.

How much do you know about criminal law? Take our two-minute quiz to find out!

You might feel completely discouraged after reading this. Don’t be! While salaries are lower, the work in this field is fascinating and rewarding.

In addition, criminal lawyers play an important role in a democratic society. They are part of a process that both protect the society from criminals and ensure that people are represented when facing criminal charges. As such criminal lawyers might be more resilient when facing big budget cuts.

If you feel that this is definitely the career for you, go for it. It is very interesting and important work. In addition, a government review is coming up in 2020, so there are people pushing for more funding and potential for change. The criminal justice system is in crisis, but you can still have a deeply rewarding career within it. Be sure to keep up to date with key criminal law issues!