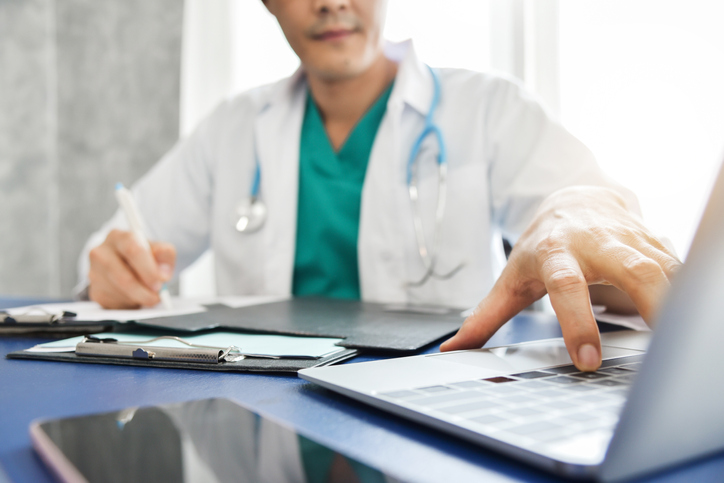 Cases rarely go to court as both parties are keen to reach a settlement to avoid incurring the expense involved in undertaking court proceedings. Low-value claims (under £50,000) normally proceed to the County Court, whereas claims of a value above this will be heard in the High Court.

There is a three-year limitation period in which an individual is required to issue court proceedings, starting from the date of the negligence or since the individual has become aware of the harm.

At this point, parties exchange evidence and are encouraged to reach a settlement in the interim before court. As such, clinical negligence cases involving complex medical conditions often take years to settle.

In Darnley v Croydon Health Services NHS Trust [2018], the claimant, Mr Darnley, had sustained a head injury and attended A&E with a friend. He was told by one of the receptionists working in the A&E department, that he would have to wait up to four or five hours before he would be seen.

The question then turned to whether a duty of care could be extended to the receptionist who provided incorrect information on waiting times.

After the Court of Appeal adopted the position that there was no such duty present, this clinical negligence case was appealed up to the Supreme Court.

It was ruled in this clinical negligence case that when Mr Darnley attended A&E seeking medical attention, a duty had been established through a patient-hospital relation, and that an “averagely competent and well-informed A&E receptionist would not provide misleading information”.

In Khan v MNX [2018], a mother, M, had expressed her concerns with her GP that she wanted to avoid having a child with haemophilia and sought advice due to the presence of haemophilia in her family medical history. Blood tests were carried out to determine if M had haemophilia, but the tests were unable to detect if she was a carrier of the condition.

M brought a claim for wrongful birth on the basis that, had she known that she was a carrier of haemophilia, she would have had further tests carried out when she was pregnant to ascertain whether the foetus carried the condition, and in finding this, would have had a termination. Significantly, M had not only claimed the costs associated with the haemophilia but also those attributable to the autism.

At first instance, M’s claims for both costs were accepted due to the “but for” test of causation, which established that, had she been properly informed and further tests carried out, M would have had a termination and so her child would never have carried either of the conditions.

The clinical negligence case was heard on appeal on the basis that the costs associated with the child’s autism were not in the scope of the duty of care that the GP had assumed.

In ABC v St George’s Healthcare NHS Trust and others [2017] the courts were asked to consider difficult questions concerning the conflict between patient confidentiality and avoiding risks to others.

In 2007, the ABC’s father had killed her mother and was convicted of manslaughter on the grounds of diminished responsibility. He was sentenced to a hospital order where he was later diagnosed with Huntington’s Disease.

At the father’s request, this information was not released to ABC and her sister. When ABC was pregnant, her father refused to provide consent to disclose this information in fear she would have an abortion. A few months after ABC gave birth, she was accidentally informed of her father’s diagnosis by a clinician.

A clinical negligence claim was then brought against the NHS trusts involved in treating her father on the grounds that, had she known of the diagnosis, she would have sought testing and had a termination.

While ABC was unsuccessful during the first instance, on appeal, the court established that: “in special circumstances it may be justified to break confidence where the aversion of harm by the disclosure substantially outweighs the patient’s claim to confidentiality” and on this occasion patient information should have been shared to avert the harm caused to ABC and her family.

FB (Suing by her Mother and Litigation Friend, WAC) v Princess Alexandra Hospital NHS Trust [2017] clearly set out that, where a doctor has not exercised the degree of skill required for a task, the Health Trust responsible will be liable.

Due to numerous omissions in failing to take FB’s history and carry out a proper examination, there was a delay in FB receiving the antibiotics she needed, leading to her sustaining irreversible brain damage.

In the first instance, the defendant had successfully argued that the particular doctor’s inexperience meant that the failure to acquire the relevant history from the patient was not negligent.

However, on appeal, it was ruled that the doctor in question must be judged by an objective standard considered of a reasonably competent doctor. Inexperience could not diminish the standard of skill and care that has been set as reasonable.

This case is particularly interesting for the lasting remarks provided by Lord Justice Jackson, where he stated:

“I must acknowledge that junior hospital doctors work long hours under considerable pressure. They are often involved in life and death decisions. The pressures can be even greater when working all night…If mistakes are made, it is devastating for the patient and it is expensive for the NHS Trust.

Doctors, however, are human. Even good and conscientious doctors may, from time-to-time, fall short. This is not a reason to lose heart or (even worse) to abandon medical practice. Those who have learned from past mistakes often have even more to offer.”

As aspiring clinical negligence lawyers, this statement serves as a reminder that medical staff are human and will inevitably make mistakes. However, it is from these mistakes that we can strive to better understand what led to this and improve medical practice and avoid similar clinical negligence cases in the future.