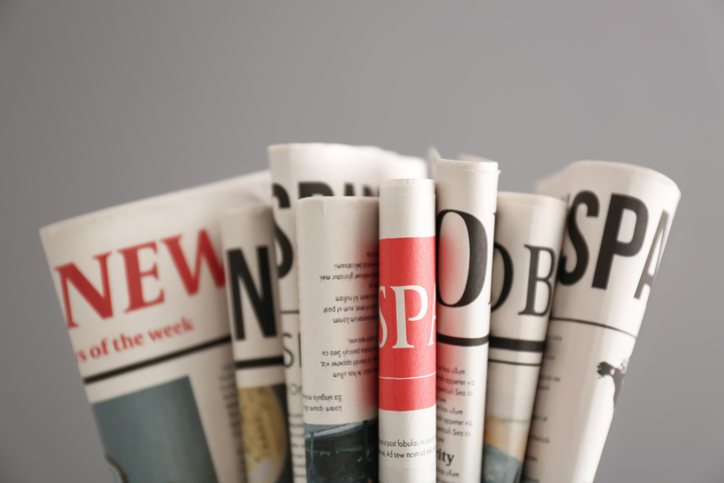 Media law is a multi-faceted body of law that includes intellectual property, defamation, privacy, confidentiality and commercial contracts. At the dawning of the new decade, we reflect on notable media law cases that took place in the last ten years.

The appeal before the justices of the UK Supreme Court (UKSC) concerned anonymity orders. The purpose of an anonymity order is to restrict the manner in which the press and media can report court proceedings to the public.

In this media law case, the press and media had sought to have anonymity orders set aside in relation to the appellants who been identified as designated persons by HM Treasury under Article 3 of the Terrorism (United Nations Measures) Order 2006. In other words, an individual that HM Treasury suspects may commit, attempt to commit, participate in or facilitate the commission of acts of terrorism.

The UKSC held that the Article 8 rights of the appellants were outweighed by the interests of the press in fully reporting the proceedings.

Sign up to our commercial awareness newsletter and impress potential employers with your knowledge.
Get Commercial Awareness Updates

This case concerned an injunction granted in 2001 which prohibited the solicitation or publication of any information relating to the physical appearance, whereabouts, movements or new identities of Jon Venables and Robert Thompson upon their release from prison for the murder of two-year-old Jamie Bulger.

Mr Venables was given a new identity when he was released from his custodial sentence in 2010. Mr Venables’ lawyer had applied to the court for a permanent amendment to the 2001 injunction so that publication of Mr Venables’ new name, appearance, and location in custody prior to being recalled to prison.

Decision: Mr Justice Bean granted the application to make permanent the amendment to the 2001 injunction. The press was therefore prohibited from disclosing Mr Venables’ new name, appearance, location in custody or location prior to being recalled into custody for three offences of child pornography on his computer. The only detail the press was allowed to disclose was the location of Cheshire.

The court acknowledged that there was a legitimate public interest in the press reporting that Mr Venables who had been convicted of a murder of a child had now also been convicted of child pornography offences. However, it was held that there was not a legitimate public interest in knowing his appearance, location in custody, or the exact location of where he was arrested and to which he might return in the event of being released.

Even if there was a legitimate public interest in this information, it paled in comparison to the compelling evidence that Mr Venables’ physical safety and indeed his life would be in danger if the information was made public. Ultimately, it a fundamental duty of the United Kingdom to ensure that “suspects, defendants and prisoners are protected from violence and not subjected to retribution or punishment except in accordance with the sentence of a Court”.

In this case, the defendant, Telegraph Media Group Limited (Telegraph) had applied for a libel action brought by footballer Cristiano Ronaldo (Ronaldo) to be stayed as an abuse of process of the court.

The libel claim related to print and online publications by the Daily Telegraph of the same article under the headings “Ronaldo back in the limelight” and “Cristiano Ronaldo’s night out in LA sure to anger Sir Alex Ferguson and Man United”.

At the time, the Manchester United winger was on holiday in Los Angeles following ankle surgery and having been permitted leave of absence from pre-season training to facilitate a speedy recovery. Ronaldo’s lawyer submitted that his client was distressed by the article because Ronaldo “takes his health and fitness extremely seriously, rarely drinks alcohol and had not been drinking that evening, and did not take to the dance floor, with or without crutches”.

Telegraph denied that the article was defamatory and sought to rely on the outcome of an earlier libel claim successfully brought by Ronaldo against the Daily Mirror for an article published under the heading “RON THE LASH” as means of establishing that Ronaldo’s reputation had already been vindicated.

Decision: Justice Sharpe refused to grant the Telegraph’s application to stay the libel action. It was held that it was not an abuse of process for Ronaldo to continue his libel action against the Telegraph because the Telegraph had reported The Daily Mirror’s acknowledgment that a related libel was false.

Ronaldo was successful in the libel action against the Telegraph which made a substantial but undisclosed payment to the now three-time Ballon d’Or winner.

How much do you know about media law?
Take the quiz!

The publication in print was accompanied by an edited extract of video footage published on the newspaper’s website that had been surreptitiously taken by one of the female participants who had been paid in advance to do so. The print and online publications were widely disseminated so much so that Mr Justice Eady, refused to grant an injunction when a second round of articles was published by News of the World regarding intimate details of Mr Mosley’s private life.

Mr Mosely submitted to the European Court of Human Rights (ECHR) that the absence of a legal requirement to pre-notify the subject of an article that discloses material related to his private life was a contravention of his rights under Article 8 of the ECHR by the UK government.

Decision: The Fourth Section of the ECHR acknowledges that Article 10 of the ECHR provided limited scope for restrictions to be imposed on the freedom of the press to “publish material which contributes to debate on matters of general public interest”.

Former England Football Club captain and centre-back for Manchester United F.C. brought a claim for unjustified infringement of his right to privacy, misuse of private information and breach of confidence. The Sunday Mirror had published an article that was also made available on the newspaper’s website under the heading “My Affair with England Captain Rio.”

Decision: Mr Justice Nicol held that the information in the newspaper article was in principle protected by Article 8 of the ECHR. A balancing act between the competing rights of Article 8 and Article 10 of the ECHR would need to be undertaken and it was held that the “contribution which the publication makes to a debate of general interest is the decisive factor in deciding where the balance falls between Article 8 and Article 10”.

This gives rise to the distinction between “what is in the public interest and what is of interest to the public. Ferdinand was unsuccessful in his action because there was found to be a public interest in the article even if it was a “kiss and tell story”.

The appointment of Ferdinand as captain of The Three Lions was a factor in the public interest element of the article because of the corresponding of high standards of behaviour which “in the views of many the captain was expected to maintain those standards off, as well as, on the pitch”.

For more information on media law in practice you can read our guide: How to Become a Media Lawyer.

Civil Law vs Criminal Law: What You Need to Know