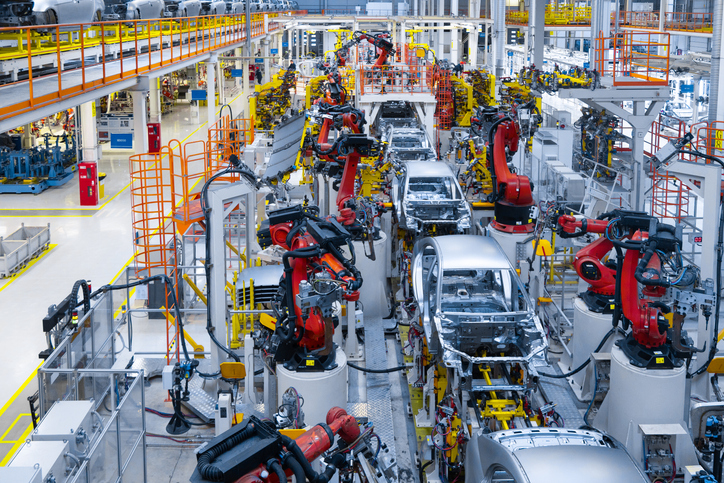 Following a tough few weeks for the automobile sector, Chinese producers are looking to increase their online sales. Car sales in China plummeted 92% in the first half of February. This drop is problematic given that China is the world’s biggest car market. Geely is the first Chinese automotive company to follow in the footsteps of Tesla, BMW, and Mercedes-Benz and invest in their online platform.

Consulting firms have estimated that the prior growth in digital retailing would have resulted in an increase from 825,000 online sales globally in 2019 to over 6 million in 2025 anyway, but the coronavirus will act as a catapult for this growth.

Talking point: What are the pros and cons of this move? What challenges might manufacturers and consumers face if cars become predominantly sold online?

First Apple Store To Open In India In 2021

Tim Cook (CEO of Apple) has announced that the American technology company will be opening its first store in India in 2021. Up until now, Apple has had no first-party representation in India. Instead, relying upon a network of third-party sellers to sell its products. There have been rumours of Apple’s plans since late 2019, but last week, Cook confirmed to his shareholders that Mumbai will house the first Apple retail store.

The moves come after the Indian government has, over several years, lifted some of the restrictions on its local-sourcing requirements. The major change in foreign direct investment (FDI) rules for Apple is that exports are now allowed to count towards the 30% local sourcing rule.

By allowing greater foreign direct investment, India is likely attempting to boost its economic growth from a five-year low. India is the world’s second-largest smartphone market. Therefore, Apple is no doubt aiming to compete more effectively against its better-performing competitors Samsung and Huawei by having a physical store in the country.

Talking point: Was India right to change its FDI rules?

Inflation in January rose to a 6 month high, increasing from 1.3% in December to 1.8%, higher than economists’ predictions of 1.6%. The rise has been attributed to greater house prices and petrol costs, where fuel prices have increased by 4.7% across the year.

Salaries have increased by 3.8% which means that wages have outstripped inflation continuously since March 2018. Why is this positive? The UK”s inflation target is 2%. Inflation typically encourages consumer spending, which in turn allows companies to put up wages, all boosting economic growth. Remember: if inflation is likely to be below 2%, banks may cut interest rates to lower the cost of borrowing to encourage spending.

Later this week, Disney will release its Disney+ service in an attempt to compete with Netflix and Amazon’s Prime Video. The service will be considerably cheaper than its competitors, and boast strong content as the launch includes the Star Wars spinoff series: ‘The Mandalorian’.

Disney+ had a successful launch in the US, resulting in 10 million sign-ups within the first day. It took Netflix 5 years to reach 26.5 million sign-ups, a figure Disney+ took only 3 months to hit. There are high expectations that Disney+ will see similarly quick sign-up numbers at its European rollout. However, analysts have questioned whether the service will be able to maintain such momentum, especially with Disney CEO Bob Iger stepping back and the newly coined term ‘subscriber fatigue’.

Disney+ faces a tough challenge in order to become one of the giant online streamers. Netflix currently has 160million subscribers globally, including over 12 million in the UK alone. Disney+ has announced its aim is to reach between 60-90million subscribers by 2024, highlighting the company’s acknowledgment of the challenge.

However, Disney executives believe they are well-placed to take on the current market dominators due to their place as the world’s largest entertainment company with a market value of $213bn.

What Are the Likely Commercial Effects of This Year's Budget?