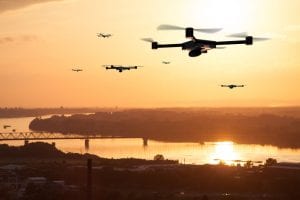 You’ll undoubtedly have heard of the drone sightings that grounded hundreds of flights at Gatwick Airport close to the Christmas period. In light of the recent events, you might be wondering; what exactly do current laws say about drone use?

We’ve rounded up the key legislation surrounding the legal and lawful use of drones, so read ahead for more!

Why could AI technology be dangerous? Click here to learn more.>>

What Actually Happened At Gatwick?

As you probably already know, an incident occurred between the 19-21st December following 92 sightings of drones close to the runways at Gatwick. Over 1,000 flights and 140,000 passengers were disrupted in the run up to the Christmas break. UK Civil Aviation Authority advised that due to the extraordinary circumstances beyond the airlines’ control that no compensation for the passengers would be available. Gatwick is said to have lost at least £20 million in revenue.

Sussex Police subsequently arrested a drone enthusiast and his partner on 21 December. However, they were later released without charge on 23 December. So who was the culprit and what were the drones actually doing? Unfortunately, the verdict is still out, and whilst there are a number of theories and much speculation, no credible arrests have been made.

Are Domestic Use Drones Legal?

Domestic use drones are legal however there are some basic rules users must follow. UK drone laws are constantly evolving to ensure the safety of drone users and the public. The 2016 Air Navigation Order prohibits the use of drones being flown above 400ft or within 1km around airports.

In response to the Gatwick and Heathrow disruptions last month, the government has decided to extend the area around airports meaning that it will be illegal to fly a drone within 5km of an airport. Furthermore, from November 2019 drone operators will have to register their drone with the Civil Aviation Authority (CAA) and take an online safety test.

Want to know how the government is investing in AI research? Click here to learn more.>>

What Other Kinds of Drones Are There?

Accordingly, the customary principles of international humanitarian law provide that drones must distinguish between combatants and civilians and between military objectives.

When utilising drones, all feasible precautions must be taken to spare the civilian population. Moreover, drones cannot be used to carry prohibited weapons such as chemical or biological agents.

Want to know about how legal tech is changing the industry? Click here.>>

Where Does This Leave Us?

Whilst the issue of the legal use of drones in warfare is a complex and contentious issue, there are some potential benefits, including the ability to carry out precise attacks and minimise incidental civilians losses. Overall, the Gatwick saga may point to the possibility that some adjustments to current laws might need to be made concerning civilian drone use. It’s likely that as technology advances, so too must the laws that regulate and control it.