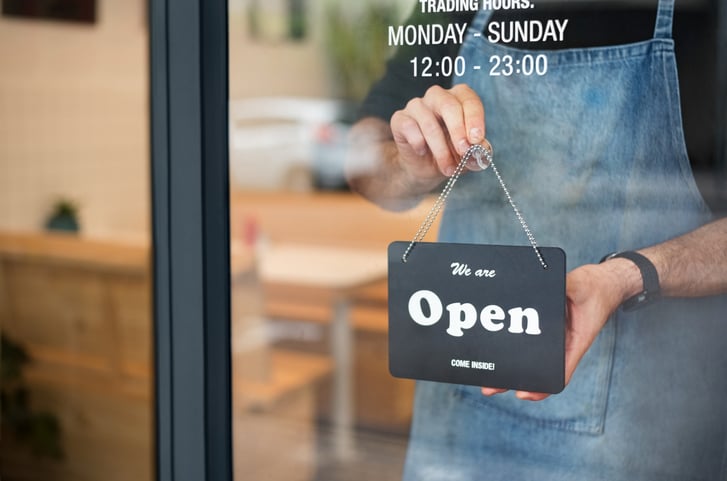 What’s been happening in the commercial world over the last week that you sould be aware of? Read on to find out!

In March, the UK economy shrunk by 5.8% – the fastest pace on record. This week, it was announced that April’s figures significantly surpassed this, at a 20.4% shrinkage. The financial recession of 2008 saw a decline less steep than the one the UK has recently experienced. As the retail industry which has been severely affected by temporary closures restarts, Chancellor Rishi Sunak has expressed hope this will help the UK to get ‘a little bit more back to normal’.

However, the Organisation for Economic Co-operation and Development (OECD) has predicted that the UK may experience the deepest recession of any nation in the developed world – estimating an 11.5% contraction by the end of the year. If there is a second wave of COVID-19, the contraction could reach up to 14%. The Paris-based thinktank believes the UK will suffer more than other European countries because it relies so heavily on the service sector. The huge contributions of tourism, real estate and hospitality to GDP have fallen this year, having been hit by the lockdown.

Talking point: The OECD is predicting Germany’s contraction to be only 6.6%. Why has Germany managed to escape the worst economic effects?

On Monday, many shops in England re-opened for the first time since their lockdown closures in March. Retailers are expecting an initial rush of customers but are unconvinced this will compensate for their losses over the past few months. Smaller retailers and local high streets are hoping that many will opt against visiting larger shopping malls due to health concerns.

Visa conducted a survey recently with the result that 82% of consumers plan to spend more with small businesses than they did before lockdown and 54% of Brits are reluctant to visit shopping malls until they see strict social distancing measures in place.

Talking point: How quickly do you expect this sector of the economy to recover? Do you think there is any substance behind hopes smaller businesses will have the chance to thrive?

Hong Kong’s national airline Cathay Pacific has been saved by a government bailout of $5bn. The move comes after the world’s 14th largest airline (by market capitalisation) lost 25% of its value in the first quarter of 2020. The huge recapitalisation plan will provide the government with a 6.08% stake in the airline and hopefully protect Hong Kong’s role as a global aviation hub. Before global lockdowns, Cathay Pacific controlled more than half of the passenger traffic and carried two fifths of cargo in the Asian financial hub.

Talking Point: Do you think the British government will take inspiration from this in deciding to give larger bailouts to airlines in the UK such as British Airways?

Not subscribed to our weekly commercial awareness updates yet?