Why Police Response to Moped Criminals Is Shocking the Nation 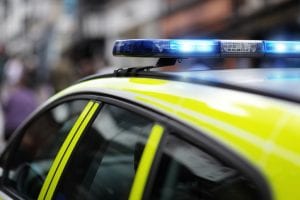 As the police wise up to the tactics used by thieves, criminals have developed new ways to perform their misdemeanours whilst evading the law. The focus of the article is on the changing face on street robberies in cities like London.

In times gone by this took the form of a stereotypical bag snatcher who may run up behind you and steal a mobile phone or handbag. However, as more and more people began to face up to muggers and actively retrieve their property, the criminals started to involve mopeds.

Aside from the obvious criminality of the perpetrators stealing handbags and mobiles; much focus is placed on how the police have responded. In particular many have cast doubts over the new tactic whereby they actively ram moped drivers with their cars. The key question is whether this tactic is advisable considering the possible ramifications for the police and individuals.

It’s important to say from the outset that no criminals have thus far died from the police knocking them off their mopeds. However, it is worth viewing this as a foreseeable consequence considered the speeds some moped are known to travel at. Under the Road Traffic Act 1988 the offence is defined as:

The question arises as, although the police are acting to prevent a crime, deliberately ramming another vehicle and in particular a moped would seemingly fall into this definition. If there is no death and the charge related simply too dangerous driving; a convict may be sentenced to anything up to 2 years in prison.

Furthermore, if their actions result in death then the maximum sentence rises to one of 14 years. The interpretation of dangerous driving will ultimately fall to the CPS and courts respectively but to see a police officer charged is not beyond the realms of probability.

Since the new police tactic came to light; there have been reports that some of those on the receiving end walked away with broken bones and other non-fatal injuries. If we assume that the police are deemed to have acted unlawfully it worth considering what offences they may be charged with. The most likely offences are as follows:

Want to find out about more of the latest legal hot topics? Click here now.>>

These are offences which do vary and their applicability depend on the circumstances. It’s important to break them down further to accurately apply them.

A Section 18 is very specific in that it requires an intention to cause the resultant harm. With such a high threshold of mens rea, it is highly unlikely police officers would face such a charge and Section 20 is more probable.

With Section 20, the same result occurs namely a wound or GBH but there is no need for intention. the perpetrator must merely have caused the injury without lawful excuse. Since GBH is defined at common law as serious or really serious harm, we can assume a fracture would suffice. If an officer finds themselves charged then the ramifications range up to a maximum of 5 years custody.

It is all very well criticising the police for such a forward tactic but to date, no one has really come up with an alternative to tackle the muggers. There are many who would seek to use education as the primary weapon so that people don’t commit the crimes in the first place.

Yet, such an approach has proved useless in other areas and affirmative action is long overdue. What many fail to realise is that these mopeds are very rarely road legal- lacking number plates, MOT Certificates and more often than not insurance.

The answer is a difficult one as the tactic may occasionally work, but may ultimately not be the best way forward in the long term.

Workplace Bullying- What Is It And What Can We Do About It?