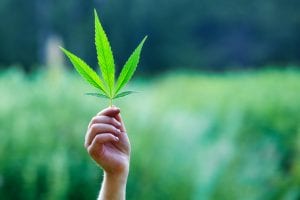 With Brexit making its way slowly out of front page news, other political and legal issues are making their way back into the forefront of lawmakers’ minds. Arguably, one of the most controversial and therefore, interesting of those is the move towards more liberal drug laws.

With more than half of people in the UK in favour of legalising the recreational use of cannabis and an even higher amount of the UK population in favour of its medicinal use, it is likely that the debate as to the dangers and benefits of cannabis will be a big one in the legal world in the next decade. So when will Cannabis be legalised in the UK, is a question on many minds.

Sign up to our commercial awareness newsletter for updates sent straight to your inbox!
Sign Up to Boost Your Commercial Awareness

CBD oil: What is it and is it legal? Read our blog on the hot topic >>

The most common argument put forward for the inclusion of cannabis as an illegal substance is a concern that cannabis may have a detrimental effect on mental health or act as a gateway to more harmful substances. THC is the main chemical in cannabis which can change your mood and make you anxious/paranoid, and it is the use of the types of cannabis that have higher amounts of THC that creates the legitimate concern that legalising the drug might not be in the public,s best interest.

On the other hand, activists of cannabis use would argue that it is this concern over THC that supports the regulation of cannabis so that safer versions of the drug can be utilised for medicinal purposes – as explained below – or for recreational use to actually aid mental health issues such as anxiety.

There is currently swathes of available research available to highlight that the non-psychoactive component of cannabis, CBD is beneficial for medicinal use. Following a recommendation made by the Chief Medical Officer and Advisor for England, the medicinal use of cannabis-based products was legalised in the UK in November 2018. However, many argue the continued wariness that exists around the drug has led to a widespread accessibility issue even for those with medical need.

The Guardian reported in November 2019 that up to 20,000 patients in the UK are to be given medical cannabis over a two-year period as a study into the potential medicinal use of the drug. This is intended to try and persuade the NHS to prescribe the drug in a more widespread manner for a range of conditions and provide the evidence that doctors require to be more open to prescribing cannabis.

Some of the argued benefits of CBD include as a digestive aid, regulation of nausea and vomiting, chronic pain relief and anxiety relief.

What Form Would Legislation Take?

In a 2018 report, the IEA have said that cannabis is to be ranked between alcohol and tobacco in terms of its regulation and sales should be restricted to over 18s. They further suggest that marijuana would have to be sold in licensed premises and a licence would be required for growing and importation.

Will It Ever Be Legalised?

Whilst a lot of evidence would suggest that the concern is still too great to legalise cannabis in the UK. A group of cross-party MPs (Labours David Lammy, Conservative Jonathan Djanogly and LibDem Sir Norman Lamb) who travelled to Canada where it is legal have predicted that the UK will fully legalise cannabis use within five to ten years.

Guardian journalist James Nicholls stresses the lack of education surrounding cannabis and highlights a connection between this naivety and any purported harmful effects of the drug. He says, those buying cannabis “have no idea of the potency or even the contents, they do not receive health warnings or advice and there are no age access controls in place.” Moreover, it is only sensible to look at the widespread nature of cannabis use in today’s society and regulate it as such. It is further argued that without regulation people are utilising the most potent products in the riskiest environments.

Despite this, the Independent Review of Drugs and Crime has highlighted that legal reform in this area is firmly not on the agenda. However, Dame Carol Black who was in charge of the review has said that the effects of the change in drug laws in Portugal and Canada will not be ignored.

Should Cannabis Be Legalised?

Want to know about other current issues facing the police force? Click here.>>

Why Police Response to Moped Criminals Is Shocking