Workplace Bullying- What Is It And What Can We Do About It? 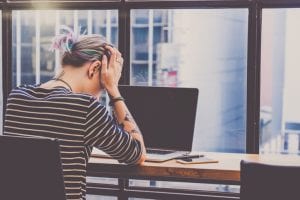 Following the Harvey Weinstein scandal and other high-profile cases, 2018 was a year in which many people raised grievances to their employers regarding how they had been treated. There are countless articles on sexual harassment in the workplace but something which has gained less notoriety, is the stark rise in workplace bullying.

What exactly is cyber crime? Click here for our free guide.>>

Workplace bullying can take on many forms and largely depends on the job sector. However, it raises serious legal issues regarding how an employer treats their staff.

Bullying is something which many people associate with their schooldays and therefore don’t realise when it occurs later in life. There is no specific definition laid down in law but the guidance from the government states that bullying is any behaviour that makes someone feel intimidated or offended.

It can occur via the more conventional methods, such as face to face, or through electronic communications. Instances of bullying cannot be compiled into an exhaustive but some examples include:

The problem the courts have is that the line between ‘harmless workplace banter’ and bullying rather blurry and hard to determine objectively.

Bullying is arguably a very much a subjective term; what one person may construes as bullying, another may laugh off and have absolutely no issue with. The main areas which constitute offences and allow for legal intervention are when the alleged acts of bullying amount to harassment or discrimination.

There is also supplementary guidance in Section 125(2) Serious Organised Crime and Police Act 2005, which explains that an incident of harassment can have more than one victim.

Want to get involved in mental health law? Click here for more.>>

Where someone is found guilty of the basic definition of harassment, this is a summary offence triable only in the Magistrates Court. If convicted the sentence can range a where from an unlimited fine to 6 months in custody.

The more serious repercussions occur when the harassment leaves someone in fear of violence contrary to Section 4 of the Act. In this case, the offence and triable either way and can incur anything from a fine to 10 years custody.

It’s highly unlikely that workplace bullying would be this severe but it offers a good illustration of when the criminal courts are prepared to intervene. The Civil jurisdiction on the other hand is far more lenient with many people managing to obtain various forms of injunction.

Want to become a criminal lawyer? Click here to find out how.>>

Besides harassment the other occasion when bullying is deemed to cross a line is where its nature is discriminatory. This tends to be where a person is being bullied or victimised based on one or more of the protected characteristics:

In this situation the employee would have to follow their company’s internal procedures. The likelihood is that this will involve an informal conversation with management, before putting the grievance in writing where necessary.

Is there gender discrimination in the law sector? Click here to learn more.>>

If the internal protocols fail to address the problem, the employee can then initiate a tribunal where an independent third party rules on the issue. However, as we can observe, it seems that these procedures are not going far enough to tackle the rising number of reports of workplace bullying.

Consequently, the question remains; how can the law better address the issue of bullying in the workplace and could a clearer definition of what it constitutes help?

Why Police Response to Moped Criminals Is Shocking