Can You Ever Take the Law Into Your Own Hands? 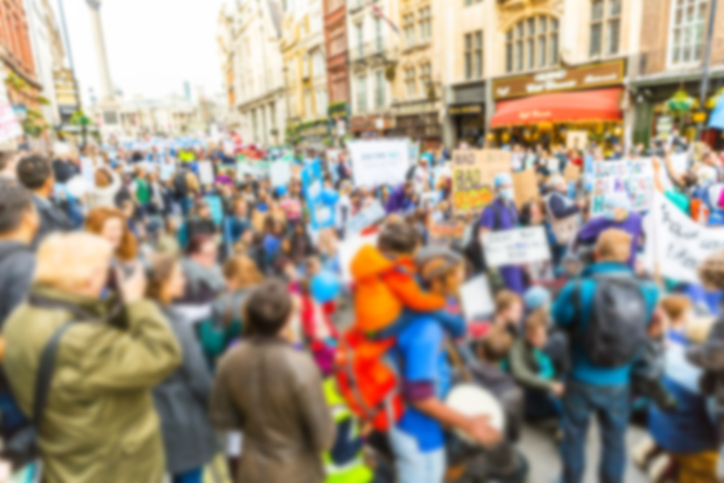 Welcome to the second instalment in our series of Legal News Hot Topics, where we take big, legal cases that have been in the public eye and boil them down into five-minute reads for you to understand and utilise in upcoming interviews – so you know exactly what to answer when asked “Tell us about a recent legal case that has interested you?”

Today’s case is a weird one, encompassing a spectrum of criminal law, judicial review, procedural hurdles, and a conviction that isn’t really a conviction.

In 2015, the biennial Defence and Security Equipment International (DSEI) exhibition took place in London where, amongst other things, military equipment was sold.

A group of protestors blocked the road to the exhibition centre, arguing that many of the sales were immoral, contrary to sanctions, and illegal. They were arrested and charged with wilfully obstructing the highway (contrary to s137 Highways Act 1980).

Unusually, the protesters’ defence was s3(1) of the Criminal Law Act 1967: using reasonable force to prevent the commission of a crime. They argued that they were preventing the crime of an illegal arms trade from occurring in the exhibition.

The District Judge in the Magistrates Court agreed; not only were they acquitted of all charges, but the Judge refused to state a case for the High Court, claiming that the prosecution’s request was ‘frivolous’. A ‘case stated’ is a statement of facts prepared by the lower court for the opinion of the higher on a point of law. Without a case being stated, the acquittal could not be appealed.

NEW FOR 2018: Our Interview Practice Simulator package is the perfect, innovative way to prepare for your upcoming interviews – video or face-to-face. Access real legal interview questions through our video interview package now!

Judicial Review as a Form of Appeal

The Director of Public Prosecutions, prevented from appealing the ruling, therefore took the extraordinary and unusual step of judicially refusing the District Judge’s decision not to state a case.

The proceedings before the Divisional Court in the case of DPP v Stratford Magistrates Court thus first began with a discussion of whether this was, in fact, possible. Simon LJ summarily held that it was – the District Judge had gone well beyond his authority in declining to state a case. Such a step was not one to be taken lightly and only in the rarest of cases where an application was utterly misconceived.

Here, a perfectly valid question on the legal remit of the s3(1) defence had been blocked for seemingly little reason; indeed, earlier on in his judgment the District Judge had already stated that the law as to s3(1) was ‘in a state of flux’ and that there was a serious issue of law to be determined. Given that judicial review was the only course available to the DPP, there could be no criticism of their choice to proceed with this.

How Can Civilians Prevent a Crime?

The substantive question focused on s3(1). Simon LJ, placing particular weight on the speech of Lord Hoffmann in R v Jones (Margaret and others [2007] 1 AC 136, held that the question of whether the force used was reasonable only arose if it could be demonstrated that the crime being prevented was immediate and imminent to the protestors. In the present case, it was not.

Simon LJ went on to note that it was common ground that the DSEI exhibition was very large, that most of the trade was entirely legal, and that there was no evidence that the trucks that were actually obstructed were involved in anything other than lawful business.

As a final unusual twist in the tale, Simon LJ declined to remit the case back to the Magistrates as would normally be appropriate. He instead ordered that, given the highly unusual nature of the case, the protestors should be free to go.

What lessons can be drawn from this? First, it’s not easy to be an effective protester. Simon LJ seems to require that the protesters shackle themselves to the very stalls in the DSEI, after having gathered conclusive evidence of illegal arms sales, before they can avail themselves of s3(1).

Secondly, if you’re a District Judge, you should probably think twice before attempting to block an appeal by the prosecution.

Thirdly, despite its seemingly broad statutory remit, s3(1) has been severely constrained by judicial authority. This is understandable, as otherwise it seems to give free rein to vigilante justice! Maybe better to just call the police…