What Would A ‘No Deal’ Brexit Really Mean For The UK? 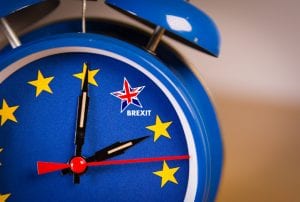 Given the recent defeat of Theresa May’s Brexit deal in the Commons and the uncertainty about whether a new compromise will be reached, a ‘no deal’ outcome is seeming like a realistic possibility.

As such, it might be a good time to cover just some of the implications of a ‘no deal’ scenario! Let’s explore what could happen if Britain leaves the EU without any prior agreement regarding a future relationship.

Due to the concept of free movement within the EU, current trade between the UK and the rest of the EU is seen as friction-less.

A ‘no deal’ outcome would mean that the UK would automatically become subject to World Trade Organisation rules, the result being that exports would face tariffs as well as time-consuming customs checks. For everyday people like you and me, that means dealing with price increases and potential shortages.

As well as inevitable changes that businesses would have to navigate, a ‘no deal’ outcome means there would not be a so-called ‘transition period’ which would give businesses time to adapt to changes. Accordingly, there is potential for chaos.

Want to know about Brexit’s impact on the different legal sectors? Click here.>>

Travel in the EU is probably taken for granted by most UK citizens. There is no need for visas, your UK driving licence is recognised abroad and it is not too expensive to phone home while away. This is together with the EHIC which gives UK citizens access to healthcare in the EEA (and Switzerland) for either a reduced cost or free of charge. In the event of a ‘no deal,’ this could all change.

At the moment, the Good Friday Agreement has allowed the Irish border to remain open, pacifying both sides and ensuring relative peace. With Northern Ireland leaving the EU along with the rest of the UK, there should theoretically be a hard border put in place between the UK and Ireland with customs/tariffs and border checks being imposed. Neither side wants this hard border but how it can be avoided in the event of a ‘no deal’ is unclear.

Want to find out how to discuss Brexit at a law interview? Click here.>>

With no transition period, a ‘no deal’ outcome would allow for trade talks with countries outside the EU to begin. This can be seen as a huge opportunity for the UK to form closer economic bonds with the US, Australasia and Asia. However, trade deals do not happen overnight and can take many years. Thus, this benefit would not be felt any time soon.

These were just some of the implications of a ‘no deal’ outcome. Due to the complex and wide-ranging effect EU membership has grown to have on the UK, crashing out of the EU will bring uncertainty to everything from laws on air pollution to citizens rights.

Legalising Cannabis: Why Is It So Controversial?

What Is Legal Technology And How Is It Changing Our Industry?