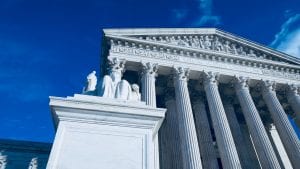 In this piece we discuss the recent Brett Kavanaugh debacle and what it means for the Supreme Court in the US.

The Controversial Confirmation of Brett Kavanaugh

“An important and fundamental premise of the American judicial system is the presumption of innocence, that is until proven guilty” – DMX

Notably, Kavanaugh who is President Trump’s second nominee for the US Supreme Court, served as Associate counsel on Independent Counsel, Kennetth Starr’s Whitewater Investigation. This investigation was the catalyst of the Senate trial for the impeachment of President Bill Clinton and perhaps sheds some light on Kavanaugh’s tumultuous testimony and emotional outburst about a calculated and orchestrated political hit and revenge by the Clintons…

The US Supreme Court paradigm involves the assessment by the incumbent President of the ideological, philosophical and political views of a prospective justice as well as their judicial interpretation (conservative, moderate or liberal). Impartiality, transparency and integrity of the US Supreme Court is undermined somewhat if justices are nominated by Presidents to accommodate rather than moderate partisan whims. This is in direct conflict of the twin roles of the US Supreme Court, namely; (i) to uphold the constitutional rights of all citizens and (ii) to provide an important check on the executive and legislative branches of government.

Republican Senator for Maine, Susan Collins was the deciding vote in the confirmation of Kavanaugh as the 102nd Associate Justice of the US Supreme Court (50-48). Vice President’s announcement of the vote triggered repeated cries of “shame” in the chamber which is reminiscent of Game of Thrones…

A Job Interview. Not a Criminal Trial.

Against the backdrop of a confirmation hearing being neither a criminal nor civil trial but a job interview, Senator Collins made the following observations:

Kavanaugh was in the position of an interviewee rather than a defendant in legal proceedings (he asserted that he was “born for the job”) and the Senate Judiciary Committee is neither judge nor jury. Arguably, it is anomalous, inaccurate and inappropriate for the presumption of innocence, burden of proof and due process to be invoked let alone relied upon in deciding whether a nominee is fit to adjudicate on important constitutional issues with far-reaching impact such as birth control, abortion, the right to bear arms and same-sex marriage.

The requisite benchmark against which a candidate who is striving for the echelons of the US judiciary should be set by the ethical canons of the Code of Conduct for United States Judges. All federal court judges are required to (i) uphold the integrity and independence of the judiciary (Canon 1) and; (ii) avoid impropriety and the appearance of impropriety in all activities (Canon 2).

As a nominee for a judicial office, fairness required a thorough assessment of Kavanaugh’s judicial record, character and temperament and not the misapplication of legal standards to evaluate whether his alleged misconduct would erode public confidence in the judiciary contrary to guidance in Canon 2A.

Kavanaugh is expected to act as a key swing vote for the GOP (Grand Old Party which is another name for the Republican Party). He was sworn in as Associate Justice by Chief Justice John Roberts Jr on 6 October 2018 which was a month before the US Mid-Term Election.

It remains to be seen what the effect, if any, the confirmation and appointment of Associate Justice Kavanaugh will have on the US Mid-Term result. The indignation, anguish and displeasure towards the treatment of Dr Christine Blasé Ford by the Senate Judiciary Committee,  President Trump and even the media may spark a Democratic wave whereby the House of Representatives is reclaimed by the Democratic Party.

Parallels have been drawn with the polarising 1991 confirmation hearing of Clarence Thomas who is currently the longest-serving Associate Justice. President H.W. Bush’s Supreme Court nominee was accused by Anita Hill, a law professor at the University of Oklahoma and former colleague of his at the Equal Employment Opportunities Commission of sexual harassment in the workplace. He was later confirmed by the Senate Judiciary Committee by a narrow majority of 52 to 48 which is fractionally higher than Kavanaugh’s. I would definitely recommend watching the HBO television film, Confirmation starring Kerry Washington who played Washington fixer, Oliva Pope in Scandal!