What Does Jamal Khashoggi's Murder Mean for International Law? 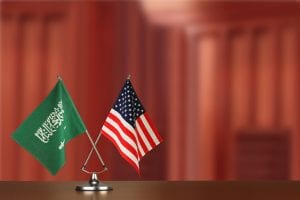 Jamal Khashoggi. A  journalist and known critic of  Saudi Crown Prince, Mohammed Bin Salman, his murder last October dominated news headlines across the world. Many were left wondering how involved the state of Saudi Arabia was in his death.

Khashoggi was last witnessed entering the Saudi consulate in Turkey on the 2nd October 2018 at 10:14 GMT. Surveillance cameras never recorded his departure from the consulate and he failed to meet his fiancée who was waiting for him outside. There is an overwhelming abundance of evidence which points to the premeditated killing of Khashoggi at the hands of Saudi Arabia’s government.

However, the President of Turkey, Recep Tayyip Erdogan, has recently shown signs of seeking further international support so that they can respond to the death of Jamal Khashoggi more strongly. If this was achieved, this could pose a serious challenge to the close relationship between Trump and Saudi Arabia.

Want to find out about more of the latest legal hot topics? Click here now.>>

Intriguingly, US Secretary of State Mike Pompeo stated that “The killing, the murder of Jamal Khashoggi in the consulate in Turkey violates the norms of international law. That much is very, very clear”.  Contrarily, President Trump seems unwilling to punish Saudi Arabia for the murder of Khashoggi. This may be attributed to the USA’s international relations policies towards the Middle East, which are heavily reliant on Saudi Arabia.

The imposing of sanctions and punishing of its rulers could damage international relations between the two powers, ultimately weakening “Washington’s strategic position in the region and offer an opening to rival powers”. It bears mentioning that the US President, along with his son-in-law Jared Kushner, have invested large amounts of money in order to gain the support of the Saudi royals.

Want to know how to discuss Donald Trump at law interviews? Click here to learn more.>>

Saudi Arabia’s agreement to allow the consulate to be searched illustrates the pressure that they feel to cooperate, or else risk appearing more culpable for the crime. Trump’s reluctance to outwardly punish Saudi Arabia, despite US allies such as the UK strongly condemning the actions of Saudi Arabia, further shows how far the US President is prepared to “sacrifice his own credibility” to maintain relations with Saudi Arabia.

What Does Current International Law Say?

Whatever sanctions Turkey chooses to impose, this will most likely provoke a response from Saudi Arabia which could have devastating consequences on international law. This way, it seems that the risks of a strong response to the Khashoggi murder outweigh the benefits.

The Khashoggi murder seems to have tested the limits of complying with international law and maintain relations. The underlying question behind this issue is therefore: will Riyadh cooperate with Turkey if the Turkish President does intend to impose sanctions on Saudi Arabia, in compliance with international murder?

Previously, the Saudi Prince demonstrated his sensitivity to criticism from leaders across the world, as can be observed from the cutting off of diplomatic relations with Canada.