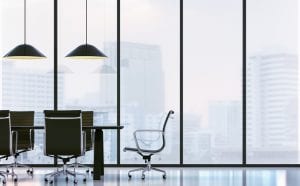 The Apprentice this year has seen two candidates that have backgrounds in law, this has had many trainee solicitors and legal students on the edge of their seats and so far, has been the most entertaining in the history of the Apprentice. The drama varies every week from forgetting to take the equipment to fail to remember the main prop in an advertisement.

#1 Legal Candidates In the Apprentice

The first of the legal candidates we saw was Kurran Pooni, a legal graduate from London who believed he had a creative eye and confidence in becoming a manager. Unfortunately, for Pooni, his directing methods did not allow him to make the cut and he was fired in week six. Nonetheless, he was viewed as a comedy central for the residence when he broke his arm in an arm wrestle and did not receive the Oscar he much dreamed of.

The second and final legal candidate who was a very strong candidate and fought it out until she was fired in Week Ten from the competition is Sarah Ann Magson, a director and the head of civil litigation at a firm in Teeside. Additionally, she also runs her own nursery furniture business since 2016 alongside her other stressful profession. She believes that her greatest strengths are loyalty, commitment and ability to remain calm under pressure. Additionally, she believes that her skills and charm will outwit any of her competitors.

We have seen a lot more of her recently as fewer candidates remain in the competition and she clearly proves to stand with women power as she is never afraid to lay down her territory. The Apprentice has seen the males selected to compete for drop one by one like a pair of dominoes leaving only one male candidate among five females fighting it out to become Lord Sugar’s next business partner.

#2 Women In the Legal Field

We have slowly started to see a similar shift in the legal profession which has had a positive impact on many individuals and especially women, as there’s an increasing number of females in senior positions. This demonstrates that the legal profession is inching forward and becoming more diverse. In particular, we must focus on whether women are now accessing more senior roles, as is the case with the Apprentice’s participants, as this is when we will know that real change is taking place.

Want to learn about diversity in the law industry? Click here for more.>

Crucially, just this week Sarah Walker-Smith was named a chief executive of Shakespeare Martineau law firm. She moved from Browne Jacobson and replaced Andy Raynor, who announced his plan to step down last spring. This is proven to show that anything is possible within the legal sector and it is becoming more diverse with time.

Want to learn how to improve your law CV whilst at university? Click here.>>

There have been groundbreaking stories in relation to women within the legal field this year,  and The Apprentice is no exception. The law is changing vastly and allowing women to reach more superior roles in which they can express themselves. We have seen this be the aim of many charities like Women In The Law UK whose main aim is to encourage, inspire and support the next generation of lawyers and women in business.

What Does This Show Tell Us?

This season of The Apprentice really highlights that now is an extremely exciting time for all female students.

The fact that there has been a female majority to hear a Supreme Court case for the first time in 600 years provides some hope and confidence that the legal sector is undergoing change. Hopefully, aspiring female lawyers are receiving the message loud and clear: they are welcome to and belong in the courtroom.

Almost one hundred years after a law was passed allowing women to become qualified barristers, three women and two men decided a case in the highest court in the country.

Gradually, the legal sector is catching up and there are signs of growing equality in the workplace.

Therefore, the question still remains: does this show illustrate and further the continuing rise of women in the law sector? Is it real evidence of the changing face of the legal work-force? Let us know what you think!

How Blockchain Could Affect Your Legal Career

Should Underwear Be Used to Determine Consent?