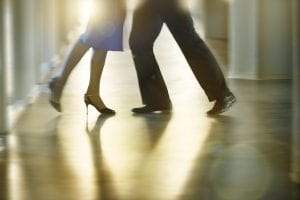 When the BBC begins to unveil its Strictly Come Dancing contestants in late August, there are three things that usually dominate the conversation. The first is who is likely to be the standout favourite, the second is who will be the comedic act and the third is who will be affected by this year’s Strictly Curse.

The so called Strictly Curse is the phenomenon whereby often married members of the cast end up jeopardizing their current relationships in favour of starting new ones with their dance partner.

Given the unprecedented furore surrounding this year’s incident, it is important to consider the legalities surrounding whether these are private matters and whether there should be a call for the paparazzi to be further regulated in the UK.

When the 2018 cohort was announced, comedian Seann Walsh was partnered with Russian dancer and reigning Strictly champion Katya Jones. Jones is married to another dancer and prior to Strictly, Walsh was in a 5-year relationship with the actress Rebecca Humphries.

An incident then occured late one night after Walsh and Jones had been drinking, where they kissed on a seemingly deserted London street. However, a journalist from The Sun managed to capture the whole thing on camera. This raises the question of whether the journalist had a legal right to follow the couple and capture their private moment and whether they broke any laws in doing so.

It must be said from the outset that this is not the first-time an incident of this nature has happened on the show and nor will it probably be the last for example:

What are the Legal Implications?

The issue we have to look at from a legal perspective is whether it is appropriate for the media to broadcast people’s private lives all over the front pages, regardless of whether they are intimate moments or not.  The issue surrounding paparazzi rights is really one governed by overarching Human Rights Law surrounding both an individual’s right to privacy and the newspaper’s right to free speech and publishing.

One pertinent law that favours Jones and Walsh’s privacy would appear to be Article 8(1) Human Rights Act 1998, which states that everyone has the right to respect for his private and family life, his home and his correspondence. The dichotomy is that Article 10 simultaneously entitles everyone to freedom of expression, thus appearing to exonerate The Sun’s cameraman of any moral wrongdoing. We could look too at how other jurisdictions have sought to address the equilibrium between privacy and media intrusion but as yet there seems to be no appetite for such restrictions in England and Wales. Whilst it is likely then that the status quo will remain for some years to come, we can point to a few cases where celebrities have prevailed against the media:

Interested in a career in Human Rights Law? Check out our Free Areas of Law Guide for more specialisms here. >>

In general, one can have a large degree of sympathy for Walsh and Jones who despite not breaking any laws are now being persecuted publically for what could be considered a simple mistake. It is potentially time too that Parliament regulates the media further, so that people’s private lives aren’t so negatively affected in the future.