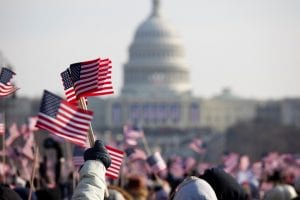 What have been the effects of the Brett Kavanaugh case in the US and how can it be discussed at UK law interviews? In this article, we detail the key facts, main issues and the subsequent effect on the US Constitution.

What are the Key Issues?

#1 The FBI Inquiry was not Effective

The use of an inquiry as opposed to an investigation is to be scrutinised. Former FBI Assistant Director Chris Swecker told CNN that inquiry reports do not contain conclusions. This weakens the effectiveness of an inquiry. Furthermore, as opposed to an investigation, which compels co-operation inquiry reports merely document what information has been provided.

In addition, the scope and timing of the FBI Inquiry has been questioned. The fact that Senator Kavanaugh was elected despite the above allegations adds to public outrage. According to official sources as reported by the BBC, the FBI interviewed 10 persons including key witnesses relating to the allegations made by Professor Ford and Deborah Ramirez. However, Professor Ford herself was not interviewed. This casts doubt on the efficacy of collaborating information and strengthens the claim that the FBI Inquiry was possibly a façade.

#2 How Does this Affect The US Constitution?

The Significance of Brett Kavanaugh’s successful nomination for the Trump administration is outlined below:

Are you prepared to discuss the so called “Gay-Cake Row”? Click here to find out more. >>

#3 Are Constitutions Inherently Political in Reality?

Here’s a snapshot of what to discuss:

Being able to understand complex legal cases is a key skill all lawyers must have. For more key skills, click here. >>

The Brett Kavanaugh is an interesting, public case and may be something that pops up at interview or in conversation over the coming months.