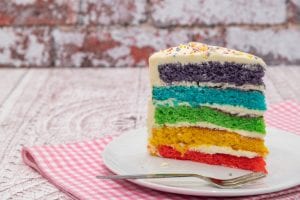 Ashers had previously lost the case and subsequent initial appeal. The claim was brought by customer, Gareth Lee who sued the company for discrimination on grounds of sexual orientation and political beliefs in 2014 after the bakery refused to make a cake which had the slogan “support gay marriage.”

The high-profile court battle lasted four and a half years and stirred controversy in Northern Ireland and beyond, raising pertinent questions surrounding equality and freedom of conscience. Moreover, the case has been argued as a consequence of the suggested homophobic culture of some groups felt in Northern Ireland due to the fact that it is the only part of the UK that has not yet legalized gay marriage.

What was the Outcome?

However, the decision was clear.

The Supreme Court ruled that the refusal of Asher’s bakery in Belfast to make the cake was not discriminatory. In the case, Lady Hale, who wrote the judgement, reiterated the moral case against discrimination of people on grounds of their sexual orientation. She said, to refuse someone service because they are gay is, “deeply humiliating, and an affront to human dignity.” However, the court was specific in noting that the McArthur’s (managers of Ashers Bakery) objections were to the slogan asked for on the cake, not to the customer himself and therefore, there was no discrimination.

One of the main questions in the decision was whether Lee’s identity as a gay man was, therefore, “dissociable” from the message written on the cake. The court argued that many people support gay marriage so a message in favour of it was not proxy to the requester of the cake being gay arguing that, “they would have refused to make such a cake for any customer, irrespective of their sexual orientation.”

Lady Hale goes on to say, “the bakers could not refuse to supply their goods to Mr. Lee because he was a gay man or supported gay marriage, but that is quite different from obliging them to supply a cake iced with a message with which they profoundly disagreed with.” An interesting point from the case is that the decision seemed to focus on discrimination based on sexual orientation and did not consider at any length whether the McArthur’s freedom of religion had been affected by this case.

Discrimination or Freedom of Religion?

This is not the first case in the world to deal with these issues. Masterpiece Cake Shop v Colorado Civil Rights Commission (2018) was a case heard in the Supreme Court in the United States. However, this case concluded by focusing on the exact thing that our Supreme Court did not consider at length.

Masterpiece Cakeshop, a bakery in Lakewood, Colorado, refused to provide a wedding cake to a gay couple based on the owner’s religious beliefs. The Colorado Civil Rights Commission found that the bakery discriminated against the couple and issued specific orders for the bakery to follow. Following appeals within the state that affirmed the decision, the bakery took the case to the Supreme Court. In a 7-2 decision, the Court ruled on very narrow grounds that the Commission did not employ essential “religious neutrality” in the making of their decision violating the owner’s right to free exercise of religion, and reversed the commission’s decision.

The court here did not rule on anti-discrimination laws, as was Lady Hale’s focus, due to the complications created by the commission’s hostile lack of religious neutrality. However, is this a similar pattern to the decision made last week? This court seemed to be saying that the anti-discrimination laws didn’t even come into play if the commission could not remain neutral when dealing with the shop’s decision to exercise their religion in this way. Our decision seemed to argue that there was no discrimination where the parties were just exercising their freedom of belief not to express the pro-gay slogan. To me, the focus in both seems to be on allowing freedom of expression or non-expression.

What Does it All Mean?

In conclusion, this case has come to an end now, but the controversy between equality and freedom of conscience will undoubtedly roar on. Despite, the Supreme Court coming to an apparently logical conclusion surrounding the specificities of what it means to discriminate based on sexual orientation, the case has reiterated some problems with Northern Ireland’s attitude towards equality – particularly that surrounding gay marriage.

This has brought to the forefront a feeling of an immediate need for change in law and society in Northern Ireland.