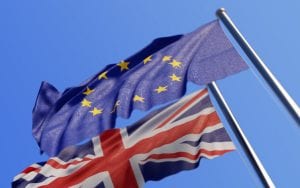 There have been many phrases used to describe the various Brexit deal options. From ‘No Deal’, to ‘Hard Brexit’, here comes the so-called ‘Lose-Lose Deal’.

A greater understanding of the current political situation has led to the view that the UK ought to reach a negotiation and prepare itself for any troubles it may face after leaving the EU. To an extent, the new deal is arguably aimed at doing just this.

Although many consider the Brexit deal on the table as not entirely beneficial to the UK’s future and its desire for autonomy, it’s widely regarded as preferable to the option of ‘No Deal’. Overall, it’s apparent that neither the EU nor the UK feels this deal is the best scenario for either party, but they see very little alternative.

Want to know more about the legal debate on Brexit? Click here. >>

What Would This Deal Mean?

More is to be discussed and this is subject to the agreement of the members of parliament too.

What are the implications of ‘No Deal’ Brexit?

Discussions of ‘No Deal’ continue to make headlines, but to truly understand the impact of ‘No Deal’, one must understand what the World Trade Organisation (WTO) is firstly. The WTO is an organisation which standardises trade globally.

They act as a forum for negotiating trade deals, they attempt to settle any trade dispute between members and also assist developing countries with trade related issues.

The issue that comes with this deal is that the UK will not be prioritised by the markets the EU has free trade agreements with. It is also an expensive options as there will be a sudden increase in tariffs on goods and services. More so, the economy would likely suffer until the UK has reached trade deals with the appropriate countries, which in and of themselves will take time to develop.

Want to know how you can discuss Brexit at Law interviews? Read more here. >>

Is Another Referendum an Option?

The suggestion of a second referendum on Brexit itself is far from what is now being asked for. Rather, it has been pointed out that a referendum on the deal that has been negotiated is the next best thing.

How will Brexit impact the different legal sectors? Click here for more. >>

In terms of what comes next, here are some questions to think about in the coming weeks:

How Families are Being Torn Apart By Brexit