How Families are Being Torn Apart By Brexit 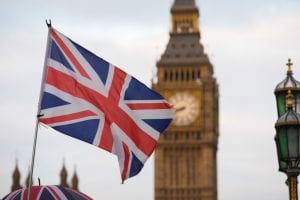 The crucial impact of Brexit on international families needs to be addressed. Statistically, approximately 1 million British citizens live in EU Member States and about 3 million citizens from other EU Member States reside in the UK.

While this month there have been recent developments, individuals are still concerned about the effects on children and ‘litigants caught up in the family justice system’. A smooth transition is of the upmost importance.

Although the UK possesses its own family legal system, there are various principal pieces of EU legislation which provide a common set of rules. If EU laws no longer apply when the UK leaves ‘there will be a vacuum’ unless alternative legislation is confirmed.

There are two main EU Regulations which, if removed, could heavily impact UK family law clients depending on the Brexit fallout.

Also known as the Brussels II bis, it outlines the rules which determine jurisdiction of a client’s case. If there are two competing divorce claims in different nations, it decides which takes precedence. Thus, aiding international families in solving particular disputes.

Essentially, it is a first come first serve rule: wherever proceedings are first brought that country will have priority. While this regulation may not deal with substantive family law, it will still effect international families if removed.

What Would A No Deal Scenario Mean?

The potential of a ‘No Deal Brexit’ could still be a possibility. If that were to occur, it’s likely that the key pieces of legislation would cease to have any effect. EU Law predominantly applies in cases regarding jurisdiction for separation, divorce and similar proceedings.

If there is no replacement for the Brussels II bis, it will be increasingly difficult for UK lawyers and their clients in regards to cross- border claims.

Options of potential replacements for the Brussels II bis have been discussed by family lawyers. Rebecca Patience asserts that there could be a bilateral agreement manufactured in order to essentially transpose the current legislation exactly into domestic law, thus generating no practical changes.

She also considers a route that treats all European countries simultaneously with non-European countries. This would effectively means jurisdiction would be based on how connected a family is to the country in question. Thus, making it more complicated, costly and time consuming for clients.

We may find solace in other international agreements. Firstly, The Hague Convention 2007 would assist in maintenance issues. However, in order to use this, the UK will need to assent and be accepted by the EU to this Convention. A more beneficial alternative would be for the UK to ratify the Lugano Convention, which would provide a more structured framework for maintenance issues.

Want to know how to discuss Brexit at a Law Interview? Click here to find out more.>>

On November 14 2018, the UK EU ‘Draft Withdrawal Agreement’ was published. The draft has been highly criticised, and covers the ‘UK’s £39bn ‘divorce bill,’ citizens’ rights after Brexit and the thorny issue of the Northern Ireland ‘backstop.’ On November 25th 2018, EU leaders will gather to ‘sign off on the withdrawal agreement and the political declaration.

Family law issues were contained in Article 67. It contends that the jurisdiction for divorce proceedings ‘in any of the countries in the UK remains the same after March 2019 when the UK leaves the EU.’ Thus, there will be no alterations to substantive domestic divorce law, for example in the process of divorce petitions. Jurisdiction under the Maintenance Regulation is set to continue.

Family lawyer, David Hodson observes that should the Withdrawal Agreement commence, it will be ‘important for family lawyers to make sure relevant proceedings are commenced before the end of the transition period.’

Want to learn more about Brexit’s effects on the legal-sphere? Click here to find out more.>>

While it may be thought that EU legislation would have been irrelevant to family law proceedings in the UK, that is clearly not the case. EU laws have direct effect on its Member States. As we have examined, if there are not replacements set in place there will be a void.

The draft Withdrawal Agreement appears to remain neutral on the subject, and does not seem to discuss any additional long term arrangements. This would presumably be discussed if the Agreement is approved. However, like many aspects of Brexit, the family law system is left in a constant flux.

Whether Brexit will actually have any practical effect on UK domestic family law continues to be a grey area. The current Draft Agreement appears to illustrate this may not be the case, however until we see a final document come into force, we remain in the dark about such matters.

Click on the below articles, for more legal hot topics every law student must know:

Back To Basics: Legal Negotiation Explained