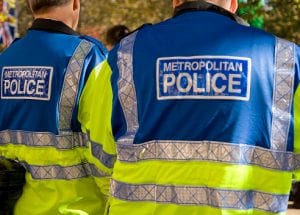 Following the recent surge knife crime which has plagued cities such as London and Manchester; the use of stop and search has once again entered the news. The recent figures give the distinct impression that the police cannot cope and are losing the war on crime in inner city areas.

Many have called the current stop and search procedures into question, seeking to debate whether they are fit for the changing face of crime in 2018.

In accordance with S.1 Police and Criminal Evidence Act 1984, police can conduct searches for stolen or prohibited articles so long as the offender is in a public place.

They cannot search a dwelling without following a separate set of protocols. In order to search a person or their vehicle; the officer must have reasonable suspicion that he/she is in possession of stolen goods or prohibited items such as a knife, crowbar or jemmy.

Prohibited articles under are weapons made or adapted for the commission of the following offences per S.1(8) Police and Criminal Evidence Act 1984: –

Firstly, it is fundamental that procedures are followed to inform a person of why they are being searched and by whom.

S.2(2) Police and Criminal Evidence Act 1984 explains that where the search is being conducted by an officer not in uniform, there are additional safeguards in place. The officer must produce documentary evidence stating that they are a police officer, usually by means of a warrant card. In any event whether the officer is uniformed or plain clothes; they must inform the person being searched of the following:

If applicable, the officer shall place a notice detailing the above four points in the vehicle unless they cannot do so without damaging the vehicle

Do you know the difference between a Solicitor and Barrister? Click here to find out.>>

Aside from stolen goods and prohibited articles; the police can use stop and search powers for the following:

Want to join the conversation on studying Law? Click here to see The Lawyer Portal community.>>

Whilst the powers are in most cases easily definable in statute; the aspect that many have a problem with is exactly what constitutes a reasonable suspicion.

The police cannot use age, gender, religion, appearance, religion and race as grounds to search nor can they rely on the knowledge that a person has prior convictions.

For a different type of offence, learn about Family Law in our free guide here.>>

Where Is This All Going?

Recent surges in inner city crime in major cities call into question whether current procedures for stop and search are helpful in accurately targeting and responding to crime and where these measures might be falling short.

Are the measures in place appropriate for the changing criminal climate of 2018?

Conversations over whether issues of racial discrimination could affect how officers carry such procedures out, and how this might be tackled, are ongoing.

On a final note, it will be interesting to see how this discussion continues to develop. Will we witness any changes to current stop and search legislation, and if so, what might this mean for the future of law, ordinance and policing in major cities?

What Every Law Student Should Do At Christmas