Should Underwear Be Used to Determine Consent? 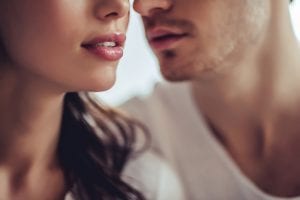 This might seem like a trivial set of facts, a man moves through the Irish justice system and is found not guilty of a crime. However, this case has sparked outrage not only within Ireland but across the globe as #ThisIsNotConsent took to Twitter. It was the strategy undertaken by defence counsel that sparked such an explosive reaction as in her closing argument to the jury, the defendant’s lawyer, Elizabeth O’Connell encouraged the jury to have regard for the underwear the girl was wearing. She said, “You have to look at the way she was dressed. She was wearing a thong with a lace front.”

This argument was attacked from all angles ranging from commenting how common and inexpensive such underwear was to sheer disgust at the use of underwear as evidence of anything to prove consent. Following this an Irish MP, Ruth Coppinger, held up a thong in Parliament to highlight the issue of sexual violence and the trauma often facing women who are involved in trials for sexual crimes. Following this, protests were planned across Ireland as well as at the Irish embassy in London in reaction to the controversy. Moreover, across the Twitter using world women were tweeting pictures of all shapes, sizes, patterns and fabrics of underwear to highlight that no piece of underwear should signify a woman’s (or a man’s) consent to anything.

Are you interested in becoming a Criminal Lawyer? Check out our free guide here for more information. >>

Why is this So Controversial?

Many commentators such as rape support groups, feminist groups and women’s charities are finding themselves continuously disgusted at the use of women’s sexuality against them after sexual violence has been perpetrated.

Their argument is that any behaviour, clothing or situation does not create an invitation for sex or automatic consent to sexual interaction. For example, no type of underwear invites sex, being involved in prostitution is not evidence of propensity to consent and neither is having accepted sex at a different time pre or post the event of the charge.

They argue if the answer was yes before or will be yes at a different time, this does not provide evidence that it was yes at the operative time.

What About in the UK?

Time and time again, this evidence is being admitted as evidence.

We only have to look to the Ched Evans case in 2016 for further evidence of a woman’s past and future sexual endeavours being used against her to prove consent in the moment relevant to the charge.

Past sexual behaviour can be admitted as evidence in UK law under s41 of the Youth Justice and Criminal Evidence Act 1999 if it fulfils certain criteria. This kind of evidence is often used to prove a reasonable belief in consent or consent itself and can sometimes be a major part of the defence’s case.

However, it cannot be used to impugn the victim’s credibility or as a method of character blackening. Therefore, it is unclear whether such a statement regarding underwear would have been admitted in our courts as the purpose of such a statement is to convince the jury that a girl who would go out wearing a lace thong must have consented to sex, therefore impugning her credibility.

It is important to point out that this debate about the use of women’s sexuality against them in criminal cases is ongoing.

The main goal would be to stop such evidence being used in courts in favour of focusing on evidence that is more certain and less speculative. Such a goal does not presume that all cases that have used sexual history evidence in the past have been decided wrongly or that the accused in those cases has “gotten off with it.” The argument put forward is merely that where consent was given, the same verdict should be able to be reached without using this problematic evidence. The problem is using a woman’s freedom to choose what to wear, how to act, who to have sex with against her in such cases.

Have you read some of our latest most popular articles? Click the links below for more: