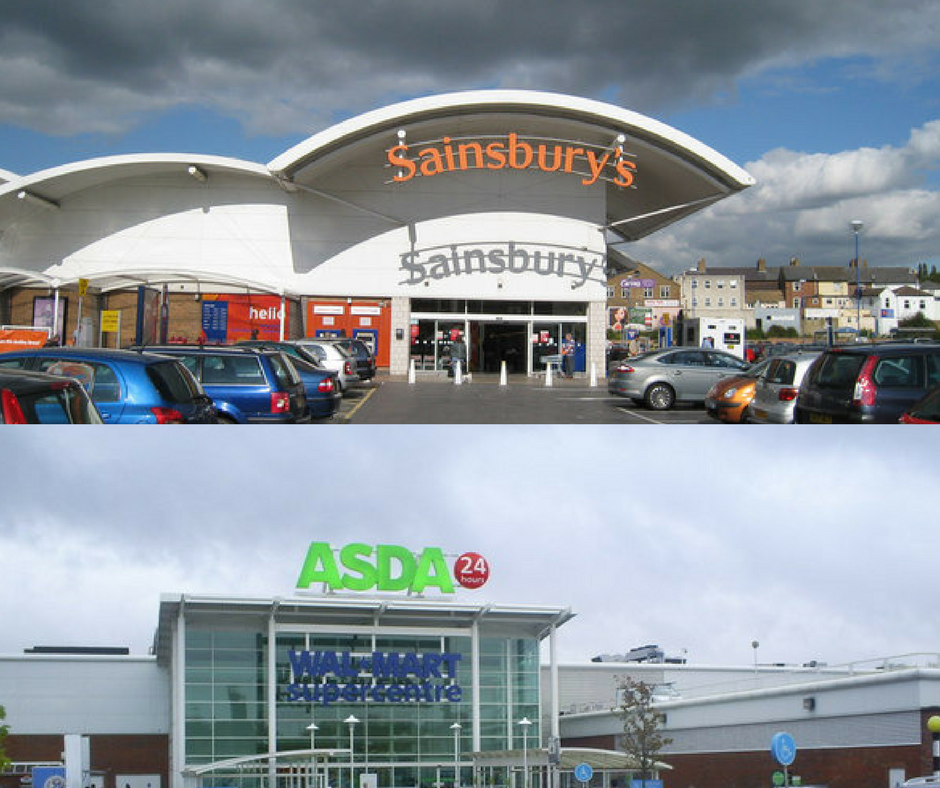 But what exactly are the legal implications of such a merger?

What Are the Details of the Merger?

The new supermarket, which will likely still be called Sainsbury’s and Asda, will hold an estimated 31.5% of the UK market. The news has already seen shares in Sainsbury’s surge by 20% when the market opened on Monday.

According to insiders, the merger should take between 12-18 months to complete and still requires the approval of the Sainsbury’s shareholders before the go ahead, but with Sainsbury’s reporting like-for-like increase in profits, sales and dividends, it is unlikely shareholders will oppose the merger.

There are some concerns that the merger would lead to a loss of jobs similar to what happened in the Sainsbury’s/Argos merger, which might have led to employment dispute cases.

However, due to the success of both businesses, this appears unlikely, and both have publicly stated there will be no job losses, although ministers are less certain.

Which Law Firms Will Handle the Merger?

In terms of who will manage the merger, three wellknown heavyweights in M&A will be advising the two companies.

Asda continues to use Slaughter and May, who aided them in the purchase of Netto stores, with senior M&A lawyer Nigel Boardman leading a team then. Walmart, on the other hand, was led by Simmons & Simmons.

With Walmart set to take £3bn in cash from the deal, as well as 42% stake in the new business, the combined revenue of the new company said to exceed £51bn.

As well as Slaughter and May, the firm Gibson Dunn will be providing advice on competition issues, with the team led by: Ali Nikpay and Deirdre Taylor. Nikpay is a recent addition to Gibson, having come over from the US office of fair trading in 2013 and has a track record for working on top mergers, including the merger between Ladbrokes and Gala Coral in 2016.

As for Sainsbury’s, this time round they have dropped Clifford Chance in favour of Linklaters, with a team led by: corporate partners Iain Fenn and Michael Honan, UK Competition Head Nicole Kar, competition partner Simon Pritchard and Managing Associate Margot Lindsay. The choice may relate to some of the Clifford Chance lead team members from the last merger moving to White and Chase.

What are the pros and cons of law firm mergers? Find out with this blog post >>

Want more insight into the biggest legal news stories? Take a look at our new How to Discuss series!

What About Legal Hurdles?

Given the magnitude of the teams involved in the merger, it is unlikely the M&A will face any legal hurdles, although there is a strong question of whether the deal could be blocked by UK Competition and Markets Authority (CMA), so the Gibson Dunn team will need to do their homework.

EU competition law is unlikely to have much of an impact upon the process since much of the jurisprudence of EU competition law surrounds a business in a dominant enough position to control a significant share of the market (usually over 50% or very high compared to the nearest competitor).

In the present case, although the merger would give Sainsbury’s/Asda 31%, this only exceeds the Tesco market share of 28% by 3% which could be seen as marginal enough to be negligible, not to mention that comparatively this is a much smaller share of Europe’s supermarket industry.

Will the M&A Be Blocked by the CMA?

This is the more pressing question. Leading Guardian reporters believe that all signs point to a hard no from CMA on the basis that Tesco has in recent years been facing questions on the Tescopoly of the market – Sainsbury’s would likely face the same. This is especially since the move would leave 60% of UK supermarkets in the hands of two major players.

What reason do the critics have that any merger will be blocked? In 2003, Sainsbury’s toyed with a similar merger between themselves and Safeways, only to be blocked on competition grounds, and this merger would be far bigger then that. Whilst Morrisons, being the smallest of the big four (Tesco, Asda, Sainsbury’s, Morrisons), would be permitted to merge and indeed did merge with Safeways after the Sainsbury’s merger fell through.

The likely arguments put forward will be that a merger will see more competitive prices brought into the mix as well as being necessary to combat discount rivals Aldi and Lidl, as well as online goliath Amazon.

However, CMA might be unconvinced questioning why Asda, who is currently owned by the largest retailer in the world Walmart, has itself failed to be the most competitive.

Another element to consider is how Brexit will affect the deal.

Since Brexit is expected to be completed by March 2019, it is questionable if such a merger might give UK markets a more robust supermarket with the greater resources to supply goods in the face of uncertain trade arrangements.

It also raises the question of further mergers by the big four, as well as other larger corporations within the industry. It has already been noted that UK businesses have merged to face-off against international buyouts and improve efficiency such as the Olswang/CMS/Nabarro merger; will this merger prove to be another chapter in post-Brexit defensive mergers? Or will it be another overstepped gesture? Only time will tell.

Want to find out more about how Brexit is impacting the legal industry? Read these next: