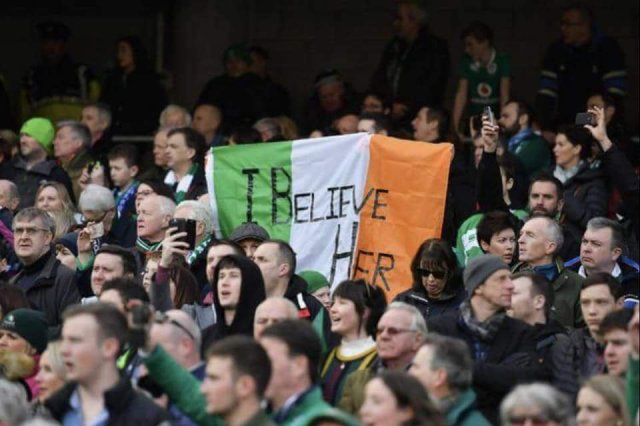 Welcome to The Lawyer Portal’s Monthly Law News Summary. This month’s post will cover the news stories from the 1st April 2018 to 30th April 2018.

This month, activists bring a case to the appeal court over UK arms sales to Saudis; judges rule that terminally ill Alfie Evans can return home, but can’t go to Italy for treatment in last ditch attempt by his parents; thousands of people take to the streets in Ireland and Northern Ireland to protest after Irish rugby players are cleared of rape; and Allen & Overy begins talks with US firm O’Melveny & Myers to create transatlantic magic circle megafirm.

Human rights campaigners have begun to attempt to overturn a high court judgement that allows the British government to continue to export arms to Saudi Arabia for use in Yemen.

The Campaign Against Arms Trade brought the case against Liam Fox, the international trade secretary, seeking permission to appeal against a decision made last year granting licences for the export of arms from the UK to Saudi Arabia was not unlawful.

The protesters claim that the decision to grant the licences breached UK arms export policy, which states that the licences cannot be granted if there is a “clear risk” the armed might be used in a serious violation of international humanitarian law.

Earlier this month, the UN declared the three-year war in Yemen to be the world’s worst humanitarian crisis, with more than 22 million people in desperate need of aid and protection. The British government has confirmed that it is tracking possible breaches of international humanitarian law but has yet to suspend any military licence to Saudi Arabia.

The hearing in the Court of Appeal scrutinised the various sources of information used by the UK government to decide whether Riyadh had breached international humanitarian law in it use of British weapons.

Rosa Curling of Leigh Day, representing the group, said that the risk of serious violation of international law is very real, and where this exists arms sales cannot go ahead. Whereas James Eadie QC, representing Fox, argued that incidents of concern are taken seriously by the government.

The two court of appeal judges present, Lord Justice Irwin and Lord Justice Flaux, indicated that they may reserve judgement.

Mr Justice Hayden described 23-month-old, Alfie Evans who has been at the centre of a life support battle as “courageous” but said that the case had reached the end rejecting claims by his father that his son was better. This came after Alfie continued to breathe unaided for 20 hours after doctors first withdrew life support at Alder Hey Children’s Hospital in Liverpool.

The judge said that Alfie’s parents would be better served exploring the possibility of moving their son from intensive care into either a ward, a hospice or his home. However, the doctor treating Alfie argued that this was an option to be feared by the medical professionals in charge of his care as his parents may attempt to take the child abroad.

Mr Justice Hayden ruled out the family’s wishes to take the child to Bambino Gesu hospital in Rome, following interventions from the Pope and Italian authorities.

The hospitals doctors and independent experts say there is no cure for the degenerative neurological condition which is destroying his brain, and therefore, it is within his best interests to withdraw life support.

The judge, in his rejection, concluded that Alfie’s continued life was a special opportunity for his parents to spend time with him – not the time for legal manoeuvres or further appeals.

Thousands participated in street protests over the handling of a rape trial of two Ireland rugby internationals. Demonstrations “in solidarity with the complainant” were held following the acquittal of Paddy Jackson and Stuart Olding.

Ulster and Ireland Rugby players Mr Jackson and Mr Olding, had been accused of sexually assaulting a woman in June 2016 after a night out in Belfast. The men were unanimously cleared on Wednesday of rape after a nine-week trial at Belfast Crown Court.

The jury of eight men and three women had deliberated for three hours and 45 minutes. The outcome sparked rallies in cities across the island of Ireland, including Belfast, Dublin, Galway and Cork. The case also sparked a twitter rampage with # emerging such as “#IBelieveHer” and “#MeToo.”

Women’s rights organisations warned of the effect of the trial on rape victims coming forward after the presentation of consent during the trial. However, the high-profile trial also prompted calls for a crackdown on social media comment during criminal proceedings. It has also renewed the debate on whether defendants in rape trials should also be entitled to anonymity.

Allen & Overy is in merger talks with Los Angeles-based counterpart O’Melveny & Myers. Such a deal would be a legal game changer as the potential tie-up would create a transatlantic giant with 3,000 lawyers and combined revenues of £2bn($2.78bn), making it one of the world’s biggest law firms.

A deal of this nature could have huge implications for the global legal market. Magic circle firms have traditionally been uninterested in merging with leading US rivals opting to enter the American market in other ways.

The firms have issued separate statements on the matter with O’Melveny & Myers saying, “We have no plans to merge and never have.” Whilst Allen & Overy say that they are “open to considering a merger with the right partner in the US” and talk to many firms in many countries but they refused to comment on rumours regarding any particular firm.

Want even more legal news? Read these next: