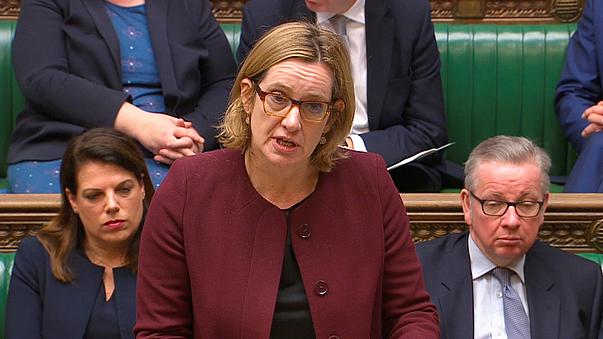 Brought to the forefront by the 2016 EU Referendum, it is fair to say that an anti-immigration mindset somewhat exists throughout Britain.

However, recent political revelations have shown that this is not something which is confined to EU nationals. The scandal surrounding the Windrush Generation has shown just how widespread the issue is.

Interviewers are likely to raise the subject based on both the immigration and political angles, as well as the contrast with Brexit.

Do you want a training contract? Book your ticket now to one of our popular Training Contract and Vacation Scheme Conferences in London or Manchester to meet law firms and learn what you need to succeed – for just £5!

Who Were the Windrush Generation?

When Labour Leader Clement Attlee seemingly defied the odds to defeat the wartime Prime Minister Winston Churchill in 1945, he sought to recognise all citizens of the empire who had fought alongside Great Britain.

This led to him passing the British Nationality Act 1948, which gave citizens of all British colonies the right to settle and reside in the United Kingdom.  The opportunity was taken up by many from the Caribbean and, in particular, Jamaica and the West Indies, with one estimate being that the number of individuals from the West Indies living in Britain grew from 15,000 in 1951 to 172,000 in 1961.

Although many were able to find work in sectors such as the labour market or National Health Service, the volume of immigrants was considerably higher than Attlee’s administration had anticipated. This led to restrictive measures being implemented to ensure immigration remained within controllable parameters.

At this stage, students may wish to strike up a conversation about whether or not they feel Attlee was right to implement this policy. One argument may be that with high number of troops returning to England and subsequent effects of demobilisation, such as the need for more housing and an end to rationing, domestic policy should have been prioritised.

Rationing, for example, was in place in some form until 1954 and housing was not really resolved until the Conservatives regained office and Harold Macmillan became Secretary of State for Housing, resolving to build 300,000 houses a year.

The rebuttal which students may wish to argue is that given we could not have won WW2 without them, coupled with the historically oppressive nature of colonisation, we owed them a debt of gratitude.

Whichever view students take, the key is not to apply any racist or xenophobic rhetoric, sticking firmly to a well-researched analysis.

As with any government policy, stances can change based on the party in power and the public and societal opinion of the matter in question. This has led to numerous Acts of Parliament being passed with the expressed intention of restricting immigration into the UK such as:

The initial measures implemented by the 1962 statute stated that anybody who was neither born in Britain nor possession of a British Passport was now subject to immigration control.

To begin with, commonwealth and colonial citizens were exempt from such measures and still enjoyed an automatic right to reside in the UK. However, this was changed and the automatic right granted to them by Attlee directly repealed in the 1968 Act.

When preparing to discuss this issue at an interview, students would be strongly advised to do wider reading to get to grips with the immigration procedures. Immigration law is changing all the time and the three Acts mentioned above are nowhere near the whole picture.

Furthermore, students may wish to comment specifically on the 1968 Act, linking it to Brexit and how fears of immigration can lead to drastic political endeavours.

Whatever view you take, it’s important to remain objective given that opposing immigration does not instantly make you racist nor does supporting mass immigration make you the opposite.

Want more insight into topical interview topics? Here is the rest of the How to Discuss series for you to read next:

The Windrush Scandal in 2018

In recent weeks, the media began to report that the government was planning to consider deporting any children of Commonwealth immigrants who arrived in the UK before 1973. This was dependent upon whether they could prove they had permanent leave to remain.

This is a controversial move, considering many believed they had been in the country long enough to have obtained British Citizenship.

Theresa May was quick to reassure Caribbean statesmen confirming that those arriving pre-1973 who lived here for 30 years without significant time away will have the right to reside.

The problem has arisen because new immigration laws passed in 2017 require people to have documentation to work, rent a property or access benefits, including healthcare. Many who arrived in the UK on their parent’s passports before being granted leave to remain were never given such paperwork.

When students look to address the recent scandal, they’d do well to consider all angles, and whether or not blame can be placed solely on the Conservative Party. Theresa May and Amber Rudd are definitely culpable, but multiple Labour governments neglected to rectify this situation when passing immigration legislation.

Furthermore, students may wish to acknowledge that although many will be entitled to remain and have therefore been worried unnecessarily, some may be illegal and have slipped under the radar. Immigration is clearly a sensitive subject and a degree of empathy is needed if you are to argue immigration control is necessary.

On Sunday 29th April 2018, the news broke that Amber Rudd, MP for Hastings and Rye, had chosen to step down from her position as Home Secretary after two years.

The specifics were that she had chosen to resign having unintentionally misled Parliament, her resignation being in adherence to Ministerial Responsibility. The more accurate picture probably relates to the secret deportation targets which the Home Office drew up before they were leaked by the media.

There are several perspectives which students can take here:

Firstly, there is the argument that Rudd is simply taking the fall to preserve Theresa May’s tenure and brush away the current scandal.

This is heavily backed by a Sky News poll which found of those surveyed, only 4% blamed Rudd whilst 31% blamed May. Students may want to discuss who they believe is to blame and this would be aided by examination of May’s six-year stint as Home Secretary. The consensus appears to be that polices implemented during this time were a catalyst for current events.

Nevertheless, students should also read the targets set by Rudd to assess the need for her resignation.

The second thing which students would be wise to comment on is the appointment of MP for Bromsgrove Sajid Javid as Rudd’s successor. Political commentators such as Laura Kuenssberg seem to be split into two camps on this issue.

In conclusion, the decision to allow the entry of colonial citizens was clearly a bold and positive move. However, this was in the 1940’s and over the ensuing 70 years, immigration attitudes have changed dramatically.

Nevertheless, Theresa May has certainly acted erroneously creating undue worry before she has her the entire picture of the situation. It’s worth considering all potential sides of the scandal before discussing your own opinions.

You MUST read these articles next to give yourself the best chance of succeeding: