How to Prepare for Your Pupillage Interview: 2 Essential Tactics 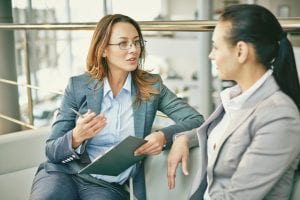 Pupillage interviews can be some of the nastiest occasions you’ll ever have the misfortune to sit through.

In effect, you are presenting yourself on a platter for verbal surgery to people whose job it is to tear holes in arguments, dissect witnesses in cross-examination, and come across as confident and polished even when they haven’t a clue what’s going on.

And you want to be one of these people.

Thankfully, there are ways you can prepare for this ordeal! Remember, the barristers who are interviewing you were once in exactly your position. They know what you’re going through, they remember how nervous they were, they know that there will be moments when you fluff an answer or have a mind blank.

However, they are also going to do their best to see how well you would cope in a stressful situation in court with a real live judge bearing down on you. If you can show your stuff in your interview, they’re going to be that much more confident that you can do the job on the day in court.

Want more pupillage interview help? Take a look at our free guide to The 4 Stages of Pupillage Applications!

Know Your Application Inside Out

This is obvious, but it’s equally obvious that most people just don’t do this. Pupillage interviews take many different formats, but many (if not most) will include a few questions on your application form. After all, this is all the pupillage committee know about you at this point.

You should be prepared to blow them away. Literally sit at home, asking yourself questions in front of a mirror, over and over again, until you know your answers inside out.

No, these are not original questions. But that doesn’t mean you won’t be asked them. To give you an indication of this, in two separate pupillage interviews I was asked the classic: “What is your greatest weakness?” I now know my answer to this one by memory!

Pupillage interviews often include a question or two along classic debating lines:

After all, your job is to juggle arguments and evidence in front of a judge. What better way for a chambers to test your aptitude for this by getting you to argue points in your pupillage interview?

This is often the part that scares people the most, as it is thought to be the most difficult to prepare for. It’s not.

Prepare the same way you would as for any other activity – practice. Write down as many debating motions as you can think of, sit in front of a mirror, and run through them one by one.

Of course, it’s likely that you know at least a few arguments for each side but just need to figure out how to structure them. So try your mini-speech a few different ways: first a 30 second rapid-fire answer, then repeat with a longer 5 minute analysis. Get friends to sit there and listen to you tortuously discuss whether the UK needs a nuclear deterrent. It’s surprisingly entertaining and, what’s more, might well land you with a pupillage place!

Want More Preparation for Your Pupillage Interview? Read These: