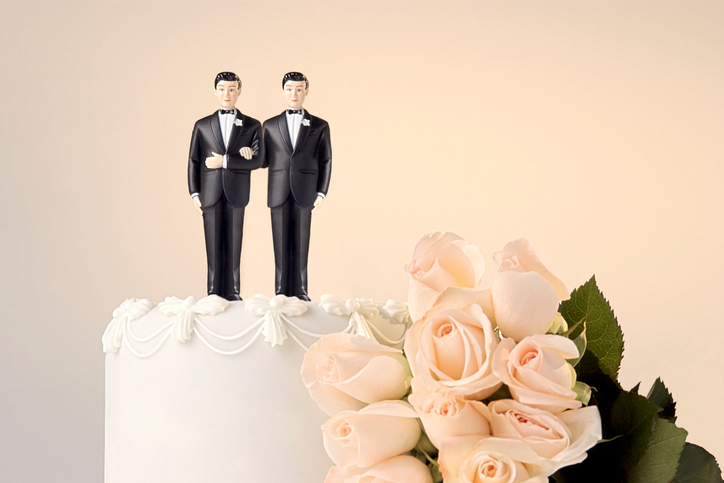 Welcome to The Lawyer Portal’s Monthly Legal News Round-Up. This month’s post will cover the news stories from the 1st June 2018 to the 30th June 2018.

This month, ‘upskirting’ was in the news again as it was introduced to the government and subsequently blocked by another MP; the ECJ rules that all EU countries must recognise the rights of gay spouses; in a case similar to one seen in Northern Ireland previously, the US Supreme Court sides with a baker who refused to make gay wedding cake; UK prisons accused of holding juvenile offenders against UN torture rules; and Tommy Robinson jailed after breaking contempt of court laws with a Facebook Live video.

Conservative MP Christopher Chope received massive backlash this month for blocking a bill to make upskirting a specific criminal offence. Chope who has regularly obstructed private members’ bills in the past has received vehement criticism for delaying the bill. The MP argued however, that he was scapegoated for blocking the bill saying he supports the bill and only objected to it based on procedural reasons.

Upskirting – the taking of surreptitious, sexually intrusive photographs – is to become a specific offence. In the most serious case, those convicted of secretly photographing underneath someone’s clothing without their consent in England and Wales will be placed on the sex offender register.

Behaviour like this is currently prosecuted under either the offence of outraging public decency or as a crime of voyeurism under the Sexual Offences Act. However, not all instances are covered properly under the criminal law. This led to the campaign created by Gina Martin after police declined to prosecute a man accused of taking photos under her skirt because she was wearing underwear.

Prior to the block by Chope, Theresa May promised that the government would take on the bill, which was put forward by the Liberal Democrat MP Wera Hobhouse after the campaign by Martin.  The new law could create a new criminal offence punishable by up to two years in prison.

Taking “upskirting” or “downblousing” images is already illegal in Scotland. The law was changed by the Sexual Offences (Scotland) Act 2009 which introduce a voyeurism offence.

The European Court of Justice has ruled that all EU countries who have not legalised gay marriage must respect the residency rights of same-sex spouses who want to live together in their territory. This move has been hailed as a major victory for human dignity.

The ruling was in response to a Romanian case where the court denied residency to a man’s American husband due to the fact that he could not be classified in Romania as a spouse of an EU citizen because of the illegality of gay marriage.

Romania is one of six EU member states – along with Poland, Slovakia Bulgaria, Lithuania and Latvia – that do not legally recognise same-sex marriage.

The ECJ reiterated that member states must recognise the right to free movement, no matter their gender or sexual orientation.  They said that whilst EU countries retain “the freedom whether or not to authorise marriage between same-sex couples, they may not obstruct the freedom of residence of an EU citizen by refusing to grant residency to his/her same-sex spouse.

The court argued that the term spouse was gender neutral and therefore covered same-sex relationships with an EU citizen.

In a familiar case, the US Supreme Court rules in favour of a Colorado bakery in their refusal not to make gay wedding cake however fails to address the principle of whether a business can refuse to serve gay people.

Jack Phillips refused to provide a cake for a same-sex couple in 2012. Following this, the couple in question complained to the Colorado Civil Rights Commission which decided against Phillips.

However, despite this the Supreme Court ruled 7-2 that the commission violated Phillips’ rights under the first amendment, which guarantees freedom of expression. The court suggested that the wider principle of whether a business can refuse to serve people “requires further elaboration.”

Writing for the majority, Justice Anthony Kennedy said the CCRC showed “hostility” to Phillips’ religious believes and whilst the law and constitution can protect gay persons in the exercise of their civil rights – philosophical objections to gay marriage are protected views and, in some instances, protected forms of expression.

Kristen Clarke, president and executive director of the Lawyers’ Committee for Civil Rights Under Law said it was a missed opportunity to send a strong a message of strong discouragement for discrimination against people based on their LGBTQI+ status.

Investigations have exposed serious allegation of international human rights breaches at young offenders’ institutions in the UK. British prisons are holding child inmates in solitary confinement in an alleged breach of UN torture rules and British law, The Independent has found. Action has been filed against the government in the High Court.

MPs have called for an urgent Government investigation into the findings, which may breach the UN Convention Against Torture and the  UN Convention on the Rights of the Child by amounting to “inhuman and degrading treatment.”

The High Court challenge is an application for judicial review concerning a boy who, it is claimed, is currently being held in solitary confinement. If this is granted, it could lead to a case against the government.

Article 16 of the UN Convention Against Torture states that the governments must prevent any “acts of cruel, inhuman or degrading treatment or punishment” from occurring at the hands of officials.

Moreover, The Special Rapporteur of the Human Rights Council on torture had previously states that the “imposition of solitary confinement, of any duration, on juveniles” contravenes UN rules.

The Ministry of Justice on the other hand, maintains that “segregation” of minors occurs for their own safety, which can involve them being isolated but not for significant periods of time. However, lawyers claim that “segregation” at some prisons meets the legal definition of solitary confinement.

Prison inspection reports suggest the Government has known since at least 2015 that “segregation” restrictions amounting to solitary confinement have taken place at some YOIs.

Tommy Robinson, real name Stephen Yaxley-Lennon, leader of the English Defence League has been jailed for 13 months for breaking contempt of court laws with a Facebook Live video. At one point the video was being viewed by more than 10,000 people, as Robinson attempted to film defendants entering the court and discussed the case.

Supporters of the far-right figurehead have protested over his imprisonment and the reporting restrictions placed on his trials, using them to claim the “establishment” was attempting to silence his views.

However, Robinson made clear that he was aware of the restrictions during the Facebook Live Video, as well as the danger of being jailed.

“Free Tommy” Protests have occurred across London this month in response.