How to Discuss the Yemen Crisis in an International Law Context 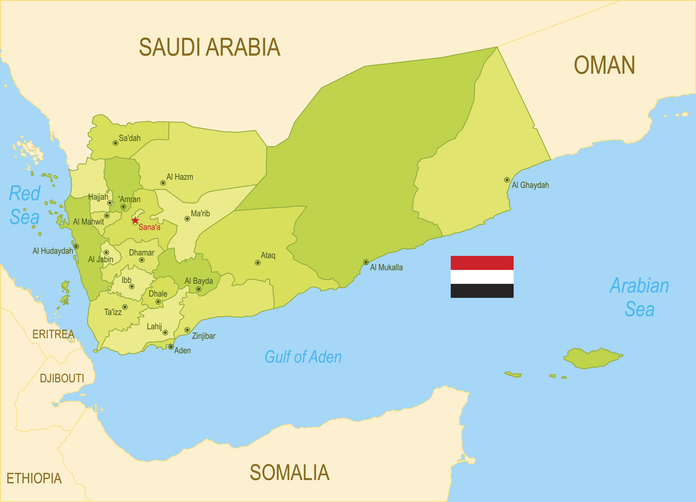 What Should You Know About the Yemen Crisis?

The Yemen crisis has been coined as ‘the world’s worst humanitarian crisis’ by the United Nations. The Yemen conflict between the Saudi-backed government forces and Iran-backed Houthi rebels has raged since early 2015, killing an estimated 100,000 civilians and leaving 80% of the population desperately reliant on aid to survive.

The coalition, supported by western nations, has also imposed a blockade of Houthi territory, pushing half of the civilian population onto the brink of starvation. Three million are now suffering from severe acute malnutrition with a further 14.1million at risk of hunger.

Read on to find out about the historical context, violations of international laws, the current situation and what you can do to help:

Yemen has a long-standing political and social history of internal division, with widespread discontent towards its government’. The Arab Uprisings in 2011 brought these tensions to a head. These anti-government protests yielded a political shift as protests from the Yemeni people and a politically motivated Shia rebel group, the Houthis, forced the country’s authoritarian president, Ali Abdullah Saleh, to surrender his title to the former vice president, Abdrabbuh Mansour Hadi. In the following  few years, dissatisfaction continued over political rule between the Hadi-led Yemeni government and the Houthi movement.

In February 2014, tensions rose again when UN-sponsored national dialogue attempted to address the future of Yemen. Here, a presidential panel, led by Hadi proposed the division of Yemen into six federal regions. Houthis and the southern separatist movement ‘Hirank’ objected, accusing Hadi of gerrymandering so that they received only landlocked entities in the north. This arguably marked the point where the Hadi government lost the ability to maintain order, enabling groups like Al-Qaeda in the Arabian Peninsula to take advantage of the political instability.

In a surprising move and reversal of alliances, Houthis turned to their once-enemy Saleh to take advantage of his military forces. In this mutual agreement, Saleh saw a political opportunity to regain his title. In January 2015, the Houthi movement had taken control of the capital city Sana’a forcing President Hadi to flee to Saudi Arabia.

By this point, the Houthi movement was gaining further momentum to the extent that their military-backed advancement was perceived as a threat to Saudi Arabia’s capital city, Riyadh. Yemen and Saudi Arabia sharing a long border meant that a stronger Iranian influence could potentially sweep into the country. In an attempt to prevent the Houthi-Saleh rebellion from consolidating their position, the Saudis chose to go to war, supporting Hadi.

The Hadi-Saudi Arabia alliance set up a devastating air and sea blockade alongside an aerial campaign, with the dual aims to drive out the Houthis and simultaneously restore the Hadi government. The Yemen Data Project reports that almost one in three Saudi-led airstrikes have targeted non-military zones, such as schools, hospitals, funerals and market places, meaning numerous innocent Yemeni people and children have been caught in the crossfire.

Nearing the end of 2017, former president Saleh controversially offered to cease fighting with the Saudi-led coalition. However, this was seen as treacherous by the Houthis, who later killed him. Meanwhile, the Hadi government continued to battle separatist forces in the south. Whilst Riyadh presents the Houthis as rebel forces, some Yemenis view them as patriots fighting for independence from Saudi Arabia and America. The conflict has rumbled on and both sides have been accused of violating international humanitarian laws.

Find out more about Human Rights Law!
What is the Difference Between Civil Rights and Human Rights?

What International Laws Have Been Violated?

There are specific types of attacks which are illegal in international law during conflicts. These include the targeting of citizens, medical facilities and civilian homes/buildings. Furthermore, attacks cannot be launched from civilian areas. The crisis in Yemen appears to have violated these.

War Crimes: Human Rights Watch has reported 90 Saudi-led coalition airstrikes, which are subject to accusations of being unlawful. The attacks in question hit numerous homes, hospitals, schools and mosques.  The Houthi fighters have been accused of indiscriminate artillery attacks such as extensively bombarding civilian areas, targeting civilians with snipers, waging siege warfare and recruiting child soldiers. The United Nations confirmed 842 cases of conscription and the use of boys as young as 11 in 2017, many of which by Houthi forces. According to  international law, the minimum age for military service is 16.

‘In 2018, the UN Group of Eminent Experts on Yemen concluded that the Houthi, Yemeni, Saudi, and UAE forces were credibly implicated in detainee-related abuse that might amount to war crimes.’ [Source: Human Rights Watch: Yemen, Events of 2018]

Use of Banned Arms: The Human Rights Watch has also reported the use of banned weaponry. Allegedly, the Saudi-led coalition has used at least six types of widely banned cluster munitions produced in Brazil, the US and the UK. Landmines used by the Houthis have killed and injured many citizens, disturbed civilian life in affected areas and will continue to threaten civilians for lengthy periods of time after the conflict ends.

Human Rights Violations: There appear to have been many violations of human rights during the conflict. Arbitrary detentions, torment and questionable disappearances are just a few examples of the suffering imposed upon the Yemeni people. The Houthi rebels, Hadi government, UAE-backed Yemeni forces have arbitrarily detained civilians including children and mistreated hostages. Both sides have had suspicious disappearances of political opponents, earning corruption claims.

Longer-term legal problems: There have been many major human costs of the Yemeni struggle – one of the longer-term problems will be a continued suppression of civil society. Young women and girls, who are deemed to be the most vulnerable members of Yemeni society, will continue to face significant discrimination. With no legal minimum age of marriage and the necessity for endorsement from their male guardian, women are often exposed to severe sexual and domestic violence.

The Situation in Yemen: Statistics

What Can You Do to Help?

Keep the momentum going; start by fully educating yourself and your peers on not only the facts of this crisis, but what we can do to help as individuals.