How to Discuss the Cambridge Analytica Scandal at a Law Interview 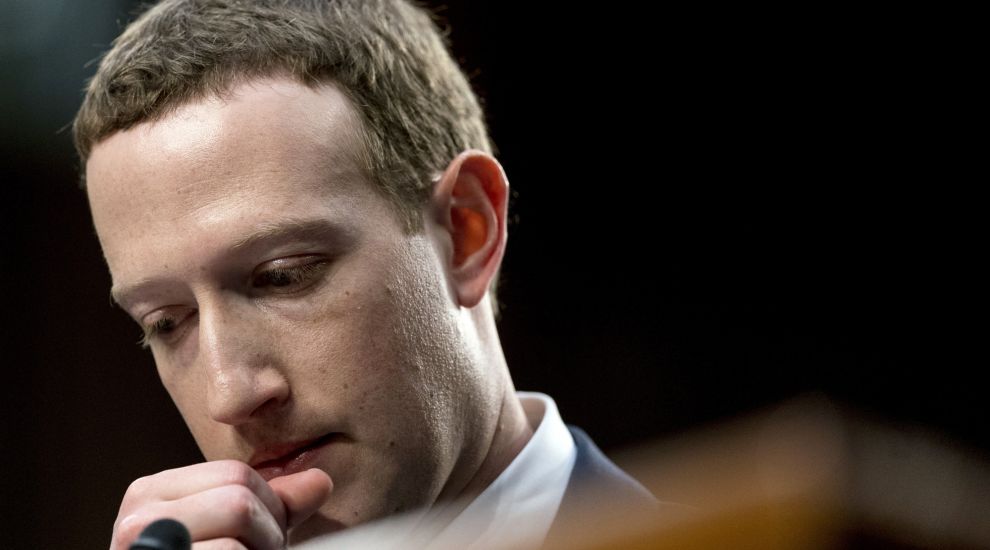 Senator Dick Durban: “Mr Zuckerberg, would you be comfortable sharing with us the name of the hotel that you stayed in last night?”

Mark Zuckerberg: “No, I would probably not choose to do that publicly here.”

Senator Dick Durban: “I think that may what this is all about. Your right to privacy and how much you give away in modern America in the name of, quote, connecting people around the world.” {mic drop}

What Are the Key Elements of the Cambridge Analytica Scandal?

How Did the Cambridge Analytica Scandal Begin?

The data privacy scandal broke on St Patrick’s Day (17th March for those unfamiliar with the day earmarked to celebrate the patron saint of Ireland).

This is important because Facebook, Inc. had been made aware in 2015 of the improper use of Facebook user profiles by data marketing firm, Cambridge Analytica through an investigation carried out by the Guardian newspaper.

According to whistleblower Christopher Wylie, Dr Aleksandr Kogan, a psychology lecturer at the prestigious University of Cambridge, approached Cambridge Analytica and offered access to the profiles of millions of Facebook users and their entire network of friends. This was from the app he developed through his company, Global Science Research, called “ThisIsYourDigitalLife”.

The central reason that Facebook cannot avail itself of accountability by blaming a breach of the Facebook Platform Policy rules – such as the protection of user data, which includes not selling data obtained from Facebook or its service – is that Facebook allows app developers to use Account Information (name, email, gender, birthday, current city and profile picture URL) in accordance with the privacy policies of the app itself and Facebook.

The first issue of contention is the rationale for Facebook permitting app developers to use Account Information without explicit user consent.

This seems paradoxical to Facebook’s claim that it works “hard to help you keep your account secure and protect your personal information”.

In reality, it appears as if Facebook is working against the best interests of its users who automatically relinquish control of their personal data when logging into certain apps and websites through Facebook.

The second issue of contention is the decision of Facebook executives not to publicly announce that there had been a data breach but wait three years to start informing users that their private information had been improperly obtained.

This is compounded by the revelation that whilst Facebook had demanded in 2015 that Cambridge Analytica deletes all the personal data that had been harvested from Facebook users, it had failed to follow up with the data mining firm to ensure that this had taken place.

Fast forward to the present day, Facebook is entangled in the web of foreign agents exploiting Facebook’s platform by buying advertising in an attempt to influence the political sensibilities of the electorate in the 2016 US presidential election.

The public relations nightmare initially wiped billions of Facebook’s share price. However, Zuckerberg’s appearance on Capitol Hill to be grilled by congressmen and congresswomen, which has been described as a wooden delivery of rehearsed prose, still served to restore confidence on Wall Street and Facebook shares have now rallied.

The co-founder and CEO of Facebook did not cause any lasting damage by his answers before the Congressional committees, although the sheer number of times he dodged questions by repeating the assurance that he would get his team to follow-up with Congress raised many eyebrows.

If you thought the reality show Made in Chelsea had its fair share of awkward moments… but I digress.

So Who Gives Facebook a Run for its Money?

Facebook is the dominant player in the social media market and its nearest competitor would be Twitter, but the latter made a profit in Q4 of 2017 for the first time since its inception 12 years ago, whilst the former amassed more than $40 billion in 2017.

The statistics on Facebook speaks volumes and attest to the fact that whilst users can deactivate their Facebook accounts at anytime they are unlikely to do so in droves.

The social network has two billion active users per month, hence it is unsurprising that Facebook is the second most downloaded app around the world. In addition, Facebook, Inc. owns the world’s most downloaded app Whatsapp, as well as the apps that come in at third and fourth place respectively, Messenger and Instagram. If Facebook, Inc. is in fact a monopoly then the R-word should come into play… regulation.

Enjoying this insight into the Cambridge Analytica to take to interview with you? Take a look at one of our other How to Discuss articles now!

Facebook, Inc. collects the personal data of its users but at the same time maintains it empowers its users to share information as part of the organisation’s mission “to make the world more open and connected” which sounds noble, philanthropic and innovative.

However, it is Facebook that determines whether third-party apps receive information about what you post or share on your timeline. Markedly, the CEO of the tech company that shares the personal data of its users to third party apps, websites and the Facebook family of companies, for example, WhatsApp, Inc. is not comfortable disclosing to the public the name of the hotel he is staying at during his time in Washington D.C.

Mark Zuckerberg apologised for his company’s failure to take a “broad enough view to their responsibility”, but he seemed not to realise that Senator Dick Durbin of Illinois was not making a joke, but seeking to highlight that Mr Zuckerberg does not guard the privacy of consumers to the same extent that he does his own.

It remains to be seen whether self-regulation by social media companies is sustainable in the modern age where user data is being weaponised for political gain.

If and when regulation is implemented, it will need to be meaningful, dynamic and constantly evolving to keep abreast with new challenges in the digital minefield which is more likely to be achieved by self-regulation and restricting access to data by third parties.

Why Does the Cambridge Analytica Scandal Matter in a Law Interview?

So, it’s game day and you are sitting in the boardroom of a law firm with the interviewers for a vacation scheme spot or training contract offer. The interview is well underway and you know that at some point during the course of the interview you will be asked to discuss a recent commercial issue.

This is a pivotal moment in the interview as it is an opportunity for you to demonstrate an in depth knowledge of a current commercial issue and your ability to explain and analyse a topic that is of interest to you in a clear, engaging and insightful manner.

It is also a unique opportunity to persuade your interviewers that you do in fact possess the attributes of a trainee solicitor who can effectively carry out research and intelligently discuss your findings in a way that is relevant to the needs of the client.

At this stage in the interview, the law firm is your client, so you need to choose a recent commercial issue that has relevance to the industries, markets and sectors that the firm operates in.

Undeniably, the interviewers will be fully aware of the key points arising from Mark Zuckerberg’s testimony before the joint hearing of the Senate Judiciary Committee and Senate Committee as well as the House Energy and Commerce Committee.

It would be a disservice to yourself to simply summarise all you have ever read or heard about the Facebook and Cambridge Analytica data-scraping scandal of almost 87 million Facebook user profiles. The one which led to a Congressional inquisition of almost 600 questions that spanned 10 hours over two days.

If I was going to discuss this topic at an interview, let’s say at the firm where I am currently training, Bristows LLP, my analysis would focus on the interplay between data protection and competition rather than the geo-political issues.

This is due to Bristows  being ranked tier 1 by the Legal 500 directory in data protection and highly regarded for its expertise on the EU and competition issues facing companies in the intellectual property and technology sectors.

Remember what I said about choosing a commercial issue that will be relevant and therefore of interest to the firm where you are interviewing, rather than discussing a topic because it is has received extensive media coverage and trended on Twitter (#DeleteFacebook…).

In summary, Facebook has a responsibility, which is it has acknowledged, to protect user privacy when harvesting data from the digital portraits of its users. The stakes are high and it is of critical importance that the personal data of users is adequately protected, the integrity of elections is preserved and ultimately democracy is safeguarded.

Ace that interview with help from TLP!

How to Discuss Donald Trump at a Law Interview