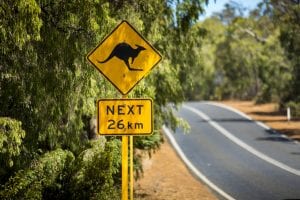 Fronted by presenting duo Ant and Dec, ‘I’m a Celebrity Get Me Out of Here’ is now in its 18th series, having becoming a flagship show for ITV. It parachutes a group of well-known faces from footballers, singers to politicians into the Australian Outback for a three-week survival competition.

Whilst this is unmissable viewing and has provided some truly unforgettable moments that will live on in TV history, there are several legal issues surrounding the programme that make for interesting discussion.

Firstly, it’s important to address the issue of jurisdiction. In practical terms; any litigation of the issues mentioned in the article would be under the law of New South Wales. However, since there is never likely to be a problem and issues are merely being discussed out of interest, the article will address them from an English perspective.

Given that the celebrities spend weeks in rural New South Wales without modern commodities, they must find a way to maintain hygiene. This takes the form of a shower which is built for the programme and is in effect a man-made waterfall.

The content and decency aspect of the show came under scrutiny when Myleene Klass donned a white bikini to shower back in 2006.  As attitudes have shifted over time, some have questioned whether such spectacles are suitable to be aired on television.

Want to know about other 2018 legal hot topics? Click here.>>

One of the key points of the programme is exposing the celebrities to gruesome ordeals such as rats and cockroaches to name just two. However, there is a growing debate that many of the Bushtucker Trials are in contravention of animal rights and should be halted. There have been many questionable incidents raising eyebrows such as:

Want to stay on top of important dates? Click here for our Deadlines Calendar.>>

Taking a revision break? Take our Which Area of Law Is Right For Me Quiz!

Having identified the offence, we must break it down to see if the animals involved in the show are protected. An animal is protected under Section 2 if:

The problem is that crocodiles and spiders are not domesticated and in many cases are wild. In addition, the Act has been known to only cover vertebrates which causes some problem with creatures such as cockroaches.

There are some aspects of the show which are of legal interest. However, after 15 years it is safe to assume that ITV and ‘I’m A Celebrity’ comply with all legislation both in England and Australia. After a thorough analysis, the objections seem to have nothing more than a moral grounding.

How Blockchain Could Affect Your Legal Career