Diary of a Law student: Life in the Epicentre of Europe's COVID-19 Outbreak 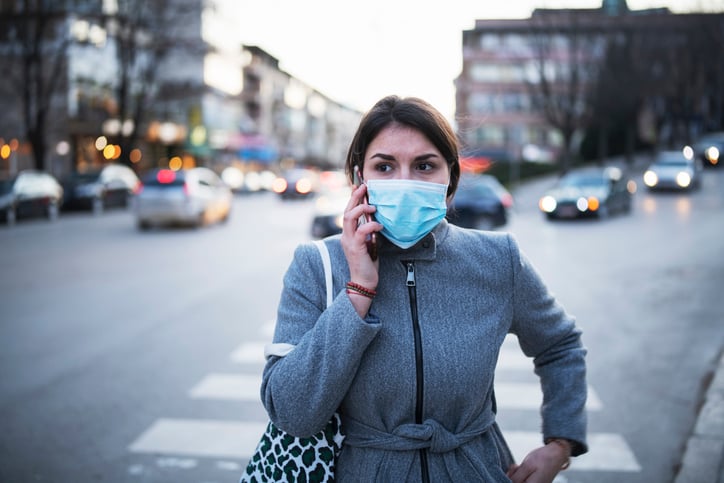 In the first part of this mini series, one of our Contributors who is studying in Rome talks about life in Italy during the lockdown. Read on to find out about her experiences.

During my own self-isolation journey, I have collected knowledge to share with my fellow law students with the aim to raise mental health awareness during a prolonged period of self-isolation.

Day One of Quarantine

As an Italian resident, currently studying in Rome, a full understanding of self-isolation had on my mental health came in stages.

On the 9th of March, the government announced extreme measures of quarantine. Although it was official, a complete denial on the outside with a raging storm of panic on the inside, made us wish the seriousness of this virus was fictional.

But the unknown has now caught up with us. Perhaps the first sign of that was an end of mocking the covering and overprotecting on streets. As stocks of masks, gloves and sanitizers left the shelves, Italy became a mask-wearing “red zone”.

Week One of Quarantine

In the first week, strict self-isolation progressed into a complete external borders lockdown. International students rushed to return to their respective homes as soon as possible and made decisions dictated by extreme panic and fear.

The panic became a driving force as students anticipated any possible disruptions or complete dispensations of the year or inability to attend a proper deserved graduation ceremony. Now, the undeniable order to stay still in one country until told otherwise meant acclimatization with an impromptu studying routine in four walls.

Suddenly, there was a newfound appreciation and undeniable need in the bare existence of law libraries, face-to-face teaching, collective group works and social interactions. But going out wherever we wanted and needed for our legal studies and beyond was now undisputedly cancelled.

The art of doing nothing or waiting for the hours of the day to pass came from little motivation or imagination to go on creating possible things to do.

All of us arrived at a stage of desperation with no guarantee of self-isolation being over any time soon. the Italian Prime Minister proposed the date of 31st of July as an emergency date for the end of self-isolation, and England started to catch up with certain measures or self-isolation. Hopes of this academic year’s arrangements to be in all line with an original calendar and previous modalities were crushed. There was now certainty regarding remote examinations method and it soon became controversial because of all the scrutiny.

Law students were afraid of a diminished level of trust in their degree because of various institutions, legal authorities and professionals’ unwillingness to diverge from traditional methods. This is how students suffered from a form of “epidemic of information” as media spread hoaxes and casted doubts as to the future employability of students of law faculty.

During week three, the once felt panic and desperation from immobility, hoarding of stores and misinformation was far behind. All decisions are now being made with total acceptance of the situation – it’s being seen as an important safety procedure rather than punishment.

In general, the progress from week one to week three lays in the quarantine orders being followed no longer out of fear but from a complete understanding of its necessity. From wearing masks, keeping one metre distance out of obligation and choosing only one family member whose turn it is to do the grocery shopping just to have a glimpse of the outside became normal.

Specifically, acceptance of students came when we decided to embrace the fact that our law degree and legal career is about to take an unintended direction, unexpected turn. Now that the seriousness of this outbreak is undeniable, we have to come to terms with managing this abnormal situation and take an oath of a responsible approach in distant learning. All was proven to be manageable, there was no longer a need for fear or panic.

Read part two of this mini series: How to Take Care of Your Mental Health While Self Isolating

Top 5 Ways to Boost Your Legal CV During Self Isolation