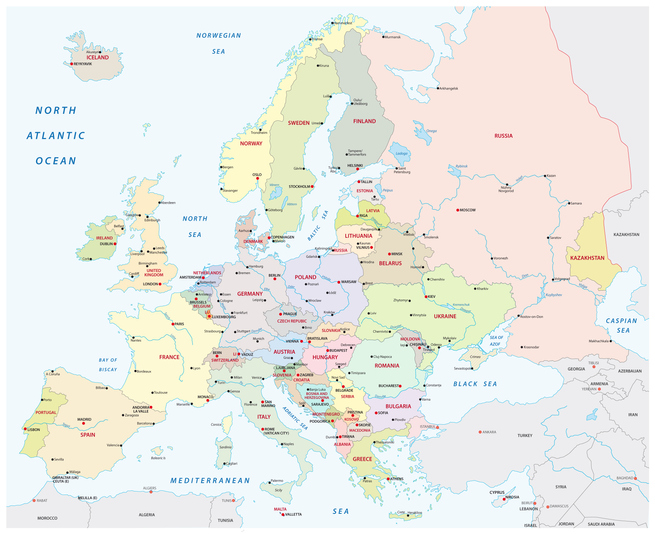 In light of the WHO declaring COVID-19 a pandemic, several countries across Europe have declared a state of emergency. In response to the outbreak, several governments have also rushed through emergency legislation. This allows their governments to take exceptional steps to deal with the healthcare crisis.

Earlier in March the WHO called on European countries to intensify actions against COVID-19. Meanwhile Amnesty International has warned that “emergency powers can sometimes be misused, and this must not give a green light to trample on our basic human rights and liberties”. As such governments should engage in a balancing act when deciding on which measures to adopt.

This article looks at the emergency legislation that has been enacted in the UK, Spain, Albania and Serbia, with a focus on the restriction of movement and police powers.

Stay up to date with how COVID-19 is affecting legal study and the legal industry.

The Coronavirus Act 2020 has now become law, which gives the government emergency legal powers to restrict, or stop, gatherings and events during a coronavirus outbreak period. The Prime Minister has already used these powers on March 23 when he restricted gatherings and events, and closed all but essential retailers.

That is however not the most controversial aspect of the act. The legislation has also given police, immigration officers and public health officials new powers to detain “potentially infectious persons” and put them in isolation facilities.

A “potentially infectious” person is defined as an individual who “is, or may be, infected with coronavirus” or who has been in “an infected area within 14 days”. These persons can then be placed in isolation and sent for testing.

One of the reasons this is controversial is because act 5 of the Convention of Human Rights protects our right to freedom. However, there is an exception for public authorities to take proportionate steps when interfering to protect public health.

The act will last for two years but the government agreed that Parliament will review it every six months. This was decided after MPs and human rights groups warned that the two-year timeframe could enable the government to abuse its powers. Meanwhile, it is understandable that the act needs to be in force for an extended period since it is unclear how long the pandemic will last.

The Spanish Council of Ministers agreed and issued on March 14 the Royal Decree 463/2020 by means of which the State of Alarm was put in place for the management of the health crisis caused by COVID-19. This introduced a range of measures including significant restrictions on movement throughout the country.

During the alarm period, which set out to last for 15 calendar days but was extended, police and other state agents have powers to carry out necessary checks and controls on persons, goods, vehicles, premises and establishments to guarantee the full effectiveness and implementation of the Royal Decree.

Mobility is forbidden except for essential activities, including the purchase of food, medicine, the access to health centers, the movement to work-places. As of March 26, Spanish police had arrested more than 1,000 people for breaking rules imposed on public movement.

On March 16 the Albanian government adopted an emergency law that enables people to be fined for breaches of the measures introduced to contain the spread of COVID-19. The law says that those who violate the ban on organising public or non-public activities can be fined up to €40,000. Three-year bans can be imposed on car drivers if they breach movement restrictions.

The highest fines, up to €83,000, can be imposed on entities that trade in food or medicine without respecting safety rules aimed at combating infections. Prime Minister Edi Rama said that these penalties were not introduced to “collect money for the state, but to protect the people from violations that threaten their health in this war situation”.

Albania is not only imposing fines on its citizens though. Albanian police have even arrested people who are now facing jail for violating stay-at-home directives.

On March 15, Serbia introduced a nationwide state of emergency. This gave the country’s president sweeping powers. Serbia has introduced some of the most restrictive measures in Europe, including a 12-hour police enforced curfew and a 24-hour ban on leaving the home for those older than 65.

The most severe penalty Serbia has imposed is to sentence a man to three years in jail for breaking self-isolation orders. In addition, as of March 27, at least 112 people were in detention and awaiting trial for ignoring orders to stay at home.