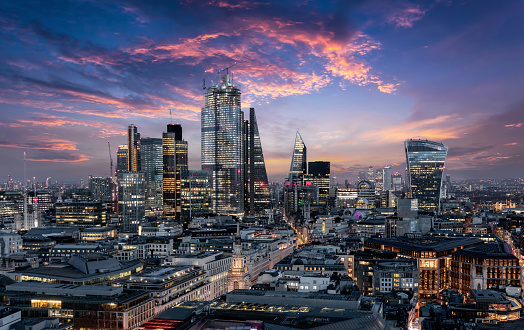 Clifford Chance’s graduate recruitment schemes are multi-award winning. Here we speak to a student who was recently a participant in the firm’s SPARK programme, who has detailed her experience.

The application for SPARK involved filling in the normal sections of work experience, grades etc. alongside a personal statement of 600 words. The question was flexible and provided the opportunity to write about your interests, hobbies and proudest achievements.

Following this, applicants are asked to complete a Watson Glaser test (unless you have already attended an open day that recruitment cycle).  This is something which I definitely found helpful because this was what motivated me to apply to the firm’s scheme in the first place. Clifford Chance has recently launched a virtual internship programme in partnership with InsideSherpa, which I would recommend undertaking to gain more insight into the firm before applying.

After this initial application, I was invited to an assessment centre, which was a really positive experience. There were two interviews – I had my competency interview with a senior associate and my case study one with a partner. Both were very welcoming, however, gave little away! For the strengths-based interview, I found myself rushing through the questions which was entirely unnecessary as there is enough time for you to give detailed answers.

I really enjoyed my second interview. We had 45 minutes to prepare which involved reading a booklet containing a series of articles and writing an email in response to a client’s question. The case-study covered lots of different materials which allowed for plenty of opportunities to talk about a breadth of topics in the interview. In both, there was allotted time at the end to ask the interviewers any questions you might have.

Although I was nervous on the assessment day, both of my interviewers and graduate recruitment were friendly and made me feel at ease.

How were your interactions with the firm before the scheme?

I was invited to an offer-holder reception, during which we received talks from graduate recruitment and a trainee on the IGNITE programme. Afterwards, we were treated to a drinks and food reception on the 30th floor at the firm. We were given the opportunity to mingle with trainees, our interviewers and fellow offer-holders.

The following day, we attended a ‘Digital Awareness’ workshop at the firm. This was really interesting and we covered topics such as artificial intelligence, automation and blockchain, assessing which market disruptions were both realistic and sustainable.

From then, graduate recruitment maintained regular contact with us, which was especially reassuring given the uncertain nature of the scheme as COVID-19 progressed. Virtually, we were still able to have a pre-scheme social, where we had the opportunity to go into breakout rooms and meet other schemers, as part of a session hosted by The Smarts.

Each participant is given a trainee buddy to guide them through the process. I have had several calls with mine who graciously answers my bombardment of questions. It’s great to have someone at the firm like your trainee buddy, who you can look to for advice and further information on the culture within the firm!

What did you do during the scheme?

Although the scheme was virtual, I don’t feel as though we missed out too much as a lot of the content remained the same. We received talks from each of Clifford Chance’s practice areas, learning not only about the mechanics of the firm but also the work done by each group. There were certainly some surprises here – with many students preferring to hear about some of the more niche areas the firm specialises in, as opposed to the more high-profile and well-known public mergers and acquisitions.

Alongside these insights, we had sessions from graduate development and trainees who had completed international secondments. Clifford Chance encourages its lawyers to get involved with market-leading research and written pieces, an example of which is a recent Forbes Report that Clifford Chance co-authored. This is something we had the privilege of discussing with some of the contributor authors, which generated some really fascinating ideas and analysis. We also had the opportunity to learn about the amazing work the firm does through its community outreach programmes and how diversity initiatives are not just marketing statements – the firm really does seem committed to making change.

One of the most interesting parts for me was a session on a key theme of our assessment. This was both hugely helpful and allowed us to reflect with more understanding of our interview discussions.

Were there any unexpected activities?

Not unexpected as we were given our timetable beforehand, but I did particularly enjoy a live cooking class. The firm had hired a professional chef who taught us how to perfect a risotto through Zoom – although slightly stressful, it broke up the day and provided some light relief!

What were the key learning points?

Firstly, I think keeping an open mind is important. As I said earlier, some of the sessions were really surprising. The trainees we spoke to reiterated this with most saying their idea of what they wanted to do at the firm prior to starting the training contract was entirely different from that which they would like to qualify into.

Secondly, that people really do make the firm. Everyone I have spoken to or heard from at Clifford Chance has been positive and welcoming, which I believe is a testament to a happy working culture. Of course, there seems like there can be late nights and hard work but this is balanced by a collaborative effort. I think it can be easy to get spooked by the idea of a magic circle lawyer but they are people too – and it’s important to keep that in mind. Case in point – the particularly charismatic head of TPE(&I) who has kept us all entertained through his tweets and LinkedIn posts

What are the next steps?

I’ll be doing some work-shadowing later this year – hopefully in person. We are able to submit preferences for which teams we are placed into. After that, some of us will be given the opportunity to interview for a training contract.

Was there anything that surprised you about the firm?

As I mentioned earlier, it was how friendly the firm is. Every single interaction – whether that be with graduate recruitment, my trainee buddy, open-days or an insight event I attended. It really shows how personable the team at Clifford Chance is.

Would you recommend SPARK to other students?

Absolutely. I think it’s a great scheme on two accounts. Firstly, the knowledge you gain about the work done in different practice areas is universal – it helps you to understand how commercial law works. Secondly, the insight into Clifford Chance is phenomenal. Although I was tired after such an intense schedule, I felt really excited about my future in commercial law and also about the firm. It sounds like an inspiring place to work – where you really are appreciated and what you are able to accomplish is valuable.

What piece of advice can you give to students who would like to apply for SPARK?

Make the most of the application. You are allowed to write 600 words based on achievements you are proud of. This really allows you to show who you.

Also, prepare for the assessment and for the scheme itself. Researching all areas and having a good base knowledge will help to ask focused questions and get more out of each session.

Didn't Get Into Law School? A Law Career is Still Possible!