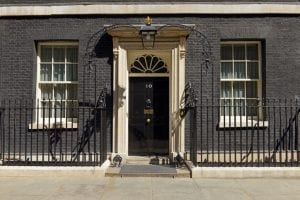 *Spoiler Alert* – If you haven’t already completed the series, then you may want to do so before reading to the end of this article. We discuss whether Bodyguard was realistic and whether RIPA is something that could be implemented in the UK.

“Bodyguard” is the BBC television drama series that gripped the nation as the new academic year began this September. Starring Richard Madden and Keeley Hawes, the six-part series followed an ex-soldier who gets embroiled in a string of conspiracies following his bravery during a terrorist attack.

An integral part of the series itself surrounds the Home Secretary’s drive to pass a new bill entitled the “Revised Investigatory Powers Act 2018” (RIPA 18) designed to increase the surveillance and monitoring abilities of the British security services in the face of an ever-increasing terror threat. But in real life, what kind of legal framework regulates the United Kingdom’s surveillance and investigation of possible terrorist activity and is it as heavily criticised as Julia Montague was in the programme?

RIPA 18 is the abbreviated name for a piece of legislation being driven by the Home Secretary Julia Montague in Bodyguard. We are told this was something already in the works by the government however, it is given a fresh platform following a terrorist attack on a train to London. The programme shows the MP highlighting this as a ground-breaking piece of legislation, which will increase the ability of the security services to do their jobs and prevent further attacks from terror cells by allowing them to increase surveillance and monitoring on UK wide communications.

However, it is also clear within the programme that campaigners and members of the public are not happy with the push for RIPA 18 as we see protesters and members of the press throughout asking whether the new legislation was set to increase public safety or introduce a “snoopers charter”, which would allow the government to encroach on the privacy of the nation’s personal communications. Whilst a heavy focus is given to counter-terrorism in the programme, organised crime and the effect of such legislation on organised crime is alluded to as the show progresses and it becomes clear that such enhanced investigatory powers may also threaten the livelihood of some forms of criminal behaviour.

Is practicing law in real life the same as on TV? We discuss other law TV shows here. >>

The interesting part is that such legislation already exists in the UK – something which seems to have been accurately portrayed in the show as RIPA is “revised.” The real Investigatory Powers Act was passed by both Houses of Parliament and given royal assent in November 2016. The law itself introduces a new power that can compel internet and mobile providers to store details of your online activity for 12 months as well as clarifying the government’s use of mass surveillance tactics. Alongside this, the Act attempts to create a safeguarding framework of oversight intended to prevent abuse in the form of an Investigatory Powers Commission tasked with reviewing and reporting on the government’s surveillance activities.

The name “snooper’s charter”, which we hear chanted at Julia Montague in protest of RIPA 18 in Bodyguard was the same title and criticism given to the Investigatory Powers Act 2016 by critics and the press alike both at the time of its introduction and today. This is because this piece of legislation gave the police and security services unprecedented access to private communications. Whilst the positives of such extended powers are clear – certainly from Bodyguard’s standpoint, to counter terrorist activity and be vigilant about organised crime, the consequences have been argued by privacy experts to be very stark for the general public’s private lives.

How are big companies snooping on our private data and why is it relevant? Find out here. >>

Jim Killock, executive director of Open Rights Group said that the law was “one of the most extreme surveillance laws ever passed” and that “authoritarian regimes would use the law to justify their own intrusive regimes.” Moreover, Jo Glanville, argued that the act means that “our liberty to communicate or research online in private can no longer be guaranteed.” Most interestingly, urgent change was called for after the High Court ruled the data surveillance legislation was incompatible with EU law as it did not limit access to retained data to the purpose of combating “serious crime.”

If you haven’t yet seen “Bodyguard” then I urge you to snuggle up, get BBC iPlayer on your screen and get ready to not get up again for six episodes. I hope this piece has given you something to think about regarding the investigatory powers of the UK government and maybe it will give you an extra thrill knowing that watching or rewatching this series basically counts as part of your legal education as you compare the fact to the fiction in RIPA 18.

What Has Bodyguard Got to Do With Law?