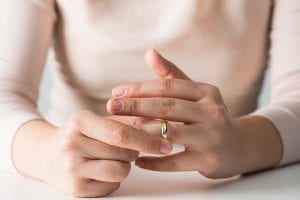 In recent months, there has been growing controversy surrounding the lack of availability of different-sex couple civil partnerships, stemming from the government’s defeat in the Steinfeld case by the Supreme Court.

In a statement made at the Conservative party conference in Birmingham, Theresa May said she would end the ban on heterosexual couples entering civil partnerships, thereby allowing them to have more formal security and certainty in the law without having to get married.

The government had been due to respond to a ruling made in June that the Civil Partnerships Act 2004 contravened both Article 8 (right to private and family life) in conjunction with Article 14 (non-discrimination) of the European Convention for Human Rights, under the Human Rights Act 1998.

The Case That Started it All

Namely, this was the R (on the application of Steinfeld and Keidan) v Secretary of State for International Development (in substitution for the Home Secretary and the Education) [2018] case. During this proceeding, five Supreme Court justices ruled in favour of a heterosexual couple whose legal campaign challenged legislation preventing opposite-sex couples from entering into a civil partnership.

The court was unanimous in deciding that the Civil Partnership Act 2004 is “incompatible” with the European Convention on Human Rights as it applies only to same-sex couples and therefore amounted to discrimination.

Appellants, Rebecca Steinfeld and Charles Keidan stated that they wanted to raise their two daughters as “equal partners” and felt that a civil partnership was a “modern, symmetrical institution.”

Their barrister, Karen Monaghan QC, stated that Rebecca and Charles had “deep-rooted and genuine objections to marriage.” The conclusion, therefore, gave cause for celebration for the couple.

Why Would Couples Want a Civil Partnership?

There are lots of reasons why couples might prefer not to get married and instead opt for a civil partnership. One of the most common reasons is that marriage doesn’t accurately reflect their equal relationship because of its roots in traditional gender roles. Steinfeld and Keidan themselves argued that marriage treated women as property for centuries and that this is not something they wanted their relationship to reflect.

Over 100,000 people signed a petition at the beginning of the couples campaign agreeing with the push for heterosexuals to be able to be connected by civil partnership.

Want to learn more about the history of LGBT legal rights? Click here. >>

So, What’s the Difference?

From a legal standpoint, the two have very similar characteristics. Civil partners have much the same legal rights in many areas of law as married couples for example: acquiring parental responsibility, child maintenance, tenancy rights, next of kin rights and inheritance tax.

Formalities are perhaps one of the most notable differences but they alone are not a cause for controversy. For example, a civil partnership is formed by the signing of a document and doesn’t require a ceremony or vows, although you can have a ceremony and exchange vows if you wish.

The Civil Partnerships, Marriages and Deaths (Registration Etc) Bill 2017-2019 had its first reading in The House of Lords on the 29th of October 2018 and its second reading is yet to be scheduled. Leading on from this, we will see exactly how the government intends to frame the addition of a different-sex civil partnership into UK law in England and Wales.

Monthly Legal News Round Up – November 2018