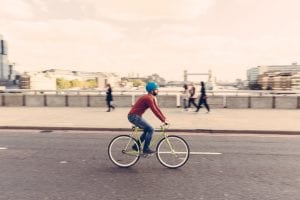 Welcome to another Lawyer Portal weekly news summary. This week’s post will cover the legal news stories from the 18th September 2017 to the 24th September 2017. This week we saw the fightback against government cuts to legal aid grow, the government launched a review into whether a new law is needed to tackle dangerous cycling and a landmark ruling means legal permission is no longer needed before life-support treatment is withdrawn from patients with severe illnesses in England and Wales.

A two-year-long review undertaken by former Justice Minister Lord Bach has condemned austerity policies that have imposed a “disproportionate” share of cuts on the legal system and calls for a new law enshrining the right to justice. Commissioned by Jeremy Corbyn, the study focuses criticism on the coalition government’s Legal Aid, Sentencing and Punishment of Offenders Act 2012 which severely restricted eligibility and the scope of legal support.

The report proposes extra funding in the area but not the reversal of all the cuts previously made. The main elements of the funding would be £120m for widening the scope of early legal help, £110m for extending eligibility for civil legal aid, £60m for limited widening of the scope of civil legal representation and £50m for a national fund for advice services. This pattern of spending is designed to reflect a conviction that early legal advice often prevents disputes escalating into more costly cases, thereby saving money. These commitments will be underpinned by a new Right to Justice Act, the report suggests, which would codify existing rights to justice. A new justice commission would monitor and enforce those rights.

The Bach Report goes on to express a worry that the legal aid system has been made vulnerable and that “practice as a legal aid lawyer is becoming increasingly unsustainable” due to the lack of funding. Moreover, in defence of the proposal for increased funding Bach said: “No person should be denied justice simply because they cannot afford it. We need a new act which defends and extends the right to justice.” The report, which only deals with England and Wales, whilst not formally adopted as a Labour policy, has been welcomed by the party’s shadow Justice Secretary, Richard Burgon MP.

On the other hand, current Justice Minister Dominic Raab said, “We will continue to focus legal aid on those who most need help, recognizing that the cost of this support is met by the taxpayer, even as Labour produce yet more unfunded proposals.”

The government have launched a review considering whether an equivalent offence to causing death by dangerous driving is needed for cyclists after Charlie Alliston was convicted under a Victorian law. Alliston, who killed Kim Briggs while riding a fixed-gear bike with no front brakes, was cleared of manslaughter but convicted on Monday under the 19th century offence of “wanton or furious driving.”

The offence, which was introduced under the Offences Against the Person Act 1861, was created to deter people from driving horse carriages recklessly. It is now used when it is not possible to prosecute under the Road Traffic Act 1988 – i.e. when the vehicle in the crime is not mechanically propelled and in cases of serious injury or death caused by cyclists. It carries a maximum penalty of two years imprisonment and/or an unlimited fine.

Mrs. Briggs’ widower Matthew Briggs welcomed the proposed review of the law saying the case “highlighted a huge gap” in the law. Ministers are now seeking independent legal advice on this, with the review due to report in the new year. In their announcement, the government highlighted the statistics of so called dangerous cycling which in 2015 killed two people and left 96 seriously injured. Transport Minister Jesse Norman said that the review will not only update the archaic law but also will consider “much wider elements of cycle safety.”

The government had been urged to act by Labour MP Heidi Alexander, Mrs. Briggs’ constituency MP, who said at Prime Minister’s Questions that the current law was “wholly inadequate.” Moreover, Paul Tuohy, chief executive of Cycling UK, also welcomes the change saying that the consultation is an opportunity to keep cyclists and pedestrians safer.

A High Court judge, Mr. Peter Jackson, has ruled that legal permission will no longer be required by a court before life-support is withdrawn from patients with severely debilitating illnesses.  This ruling provides a significant change in how right-to-die cases may be handled in the future by hospitals and families in England and Wales. If doctors and relatives of the patient agree and medical guidelines have been correctly observed there is no need to bring a lengthy case to obtain judicial authorization, Jackson declared.

Compassion in Dying immediately welcomed the judgement as a helpful step towards better end-of-life care. The case itself was about a woman with Huntington’s disease, a crippling genetic condition for which there is no cure. The woman’s mother who exceptionally acted as litigation friend in the case brought the request for life-sustaining treatment to end earlier in the year and the case was first heard in April. The judge gave permission in June. In late July, her clinically assisted nutrition and hydration was stopped and she died, aged 50, in early August. She had the disease for over 25 years.

Mr. Peter Jackson highlighted that based on the facts there was no legal requirement nor statutory obligation for the decision to withdraw nutrition to be taken by the court. He goes on to suggest that a mandatory litigation requirement may affect clinicians and families from making true best-interests decisions and could lead to inappropriate treatment continuing by default as the case makes its way through the courts as the above case exemplifies. His ruling affects those deemed to be in vegetative or minimally conscious states and his reasoning is sound. Despite this, the official solicitor for the case who intervened in the case is still likely to bring an appeal against the ruling arguing that all cases should be required to come before the courts.