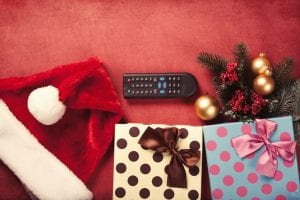 Christmas for students, irrespective of whether they are studying law or not, can often be a rather stressful period. Term one is over, but many will have January exams to prepare for and in some cases, coursework due in early January as well.

Nevertheless, it is important to sit down, relax and have some family time in order to ensure you are refreshed and ready to perform in term 2. On that note, here is a list of law films to watch with the family over Christmas, with a few non-law films thrown in for good measure. 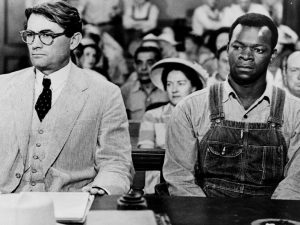 This three-time-Oscar-winner is based on the novel by Harper Lee and stars Gregory Peck as the lead character Atticus Finch. Based in the 1930’s Alabama during the great depression, the film deals with the issues of racism and segregation, all too prevalent in 1930’s USA.

Finch is appointed as defence attorney for Tom Robinson, a young black man accused of raping a white woman. Finch manages to use all his legal knowledge to completely discredit the prosecution’s case; even proving that witness testimonies were false.

However, given the social attitudes of the time, things don’t pan out as easily as you’d expect. The film is a perfect example of how even experienced advocates can become disillusioned when faced with public pressure and preconceived attitudes which unduly influence the jury. Aside from its legal angle, it also goes a long way in illustrating of just how much attitudes have ‘changed’ in America over the last 70-80 years.

This is a great law film to watch for those interested in human rights and criminal law. 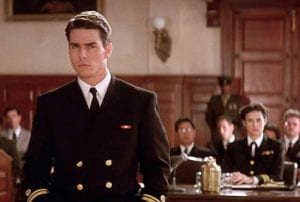 With a star-studded Hollywood cast, including Tom Cruise, Jack Nicholson and Demi Moore to name but three, this law film charters the intense court marshalling of two marines accused of killing a fellow comrade in Guantanamo Bay.

Initially unenthusiastic and disengaged, Cruise begins to realise that there is a valid defence by way of the chain of command. He then works extremely hard in his attempt to exonerate his two clients of all their crimes.

The trial involves many twists and turns and at times appears as though the verdict could go either way. Featuring the famous line, “You want the truth, you can’t handle the truth,” A Few Good Men is the perfect blend of action and legal drama showing the complex procedures involved in military tribunals. 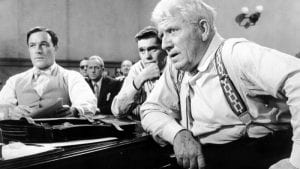 Based on the colloquially named Scopes Monkey Trial of 1925, Inherit the Wind charts Tennessee’s decision to ban the teaching of evolution in schools in favour of creationism.

With much of the film taken directly from the trial transcripts, the arguments from the counsel on behalf of Tennessee shows just how powerful the influence of religion can be even today in the Southern States such as Tennessee and Texas.

The film shows the age-old battle between science and religion and how in extreme cases, the courts have had to mediate this. As recently as 2005, a Pennsylvania judge had to rule on the argument of intelligent design. 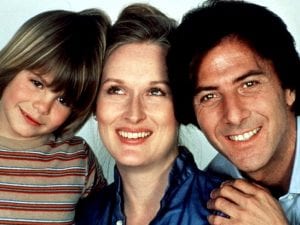 Starring Dustin Hoffman and Meryl Streep, the film focuses on the wider implications of divorce and places particular emphasis on just how stressful it can be for a child who is caught up in the middle. It shows how even the bitterest of breakups can ultimately be resolved in a way which puts the child first. This is a must watch for anyone interested in family law, combining a hint of romance with the trials and tribulations of a custody hearing. 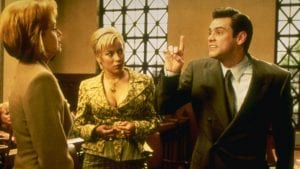 Jim Carrey stars as Fletcher Reede, a young and tenacious divorce attorney who will stop at nothing to ensure his clients win in this famous law film. Telling all manner of lies in order to win cases, he has gained quite a reputation in Los Angeles.

When his somewhat estranged son wishes that his dad could not tell a lie, Reede’s latest case takes a comedic turn making this one of the funniest courtroom dramas to date. The film also sees him try and repair his relationship with his ex-wife and whilst this is primarily a comedy, goes a long way in illustrating how many divorces are motivated purely by money and greed. 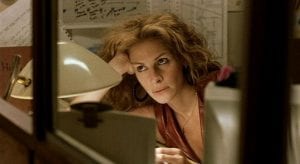 Based on a true story, Julia Roberts stars as single mum Erin Brockovich, who having just lost a personal injury case for no reason other than her temperament under cross examination, takes a job as a paralegal. She then becomes in the case of a woman who is facing the prospect of a real estate firm acquiring her home.

This case leads to unprecedented revelations which shocked America. Whilst the area of law is quite complex it is definitely worth a watch for anyone interested in environmental or property law. 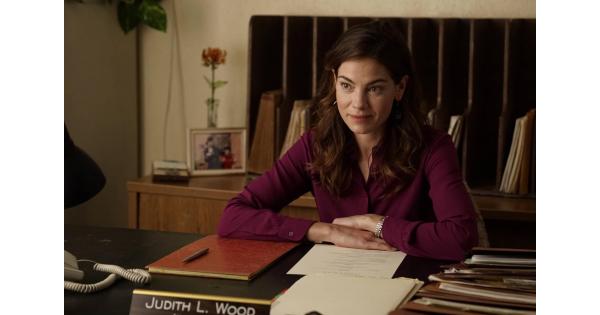 This 2018 law film tells the true story of Judy Wood, a woman who changed the law for women seeking asylum in the USA. Starring Michelle Monaghan, Common and Leem Lubany, it reflects the complicated nature of immigration law in the USA and the controversial rules put in place recently which restrict those fleeing dangerous situations in their native lands from seeking refuge in what many refer to as the land of opportunity.

Boasting inspirational female leads and a stellar script, it’s well worth a watch whether or not you’re interested in immigration law.

This biographical law film is based on the life of Supreme Court Justice Ruth Bader Ginsburg, an icon of the American legal system. Becoming a lawyer at a t time when women were severely discriminated against on the basis of gender, and when more than 100 laws discriminated against women, she fought tirelessly for women’s rights and positioned herself in the upper echelons of the legal sphere.

Whether you choose to watch any of these films or not, the most important thing is to take a break and enjoy the festive period.

How to Make the Most of Christmas Revision

Find out how to have the best Christmas AND ace your January exams!