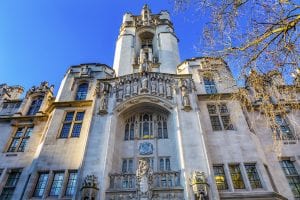 As law students, knowing who the top judges are could help enable a better understanding of popular cases or at the very least, provide an insight into their careers. Here are some judges we should all know about as law students:

Remember the contract law case you could never pronounce? Lord Wilberforce served as a law lord for 18 years. He presided over cases that have become seminal authorities in their respective spheres of law. This includes Brinkibon v Stahag stahl und Stahlwarrenhandelgesellschaft mbH on the acceptance of contracts by electronic means, Anns v Merton for duty of case and Mcloughlin v O Brian for psychiatric harm cases in Tort Law.

Lord Wilberforce was also an academic at heart, publishing books including The Law of Restrictive Practices and Monopolies. He was also a close friend and confidante of renowned jurist, H.L.A. Hart. They met while studying in Oxford University.

He was also noted for his dispute resolution abilities. During the coal miner dispute in 1972, he chaired a Court of Inquiry which made successful recommendations for miners to accept a 95 million GBP pay package.

Lord Wilberforce led a full life. He was an honorary brigadier, judge, participant in societal causes such as anti-slavery and a husband to his French wife, Yvette, whom he married in 1947.

Remember reading Lord Denning’s judgments and wondering why it was written the way it was? Known to many as a champion of equity, and perhaps, a masquerader for his critics, Lord Denning walked a solitary route in his career. He enjoyed a temporal stint as a Law Lord from 24 April 1957 to 9 May 1960.

Despite his repute as a dissenting judge, his colleague, Lord Keith had dissented 22% of all judgments made while he only dissented 16% of the time. Thus, it might have been his maverick legal opinions that consigned him to the Court of Appeal.

Lord Denning also had unparalleled memory and writing abilities. He could point out the exact book, page and paragraph of text in a judgment. His sentences were short and to the point. This made his judgments accessible.

Besides being arguably one of the UK’s most influential judges in the 20th century, Lord Denning was a tenacious lover. He met his wife in 1914 but was rejected for many years. He persisted. In 18 January 1930, after a dance in Beaulieu, he finally won her hand in marriage.

Known to law students as the ‘Beyonce of the law profession’, Lady Hale brings a breath of fresh air to the judiciary. Besides being the first female Court judge, she has held her own in pioneering legal developments in family and mental health law.

Unbeknownst to some, Lady Hale commenced her foray into the legal profession as an academic. She taught in the University of Manchester in 1986. She taught for 18 years.

She brings accessibility to her judgments and continues to be personable. In fact, she made headlines for smiling for the first time as President of the Supreme Court.

Indubitably, these are but 3 of the many illustrious judges who have contributed to the collective narrative of the law. If you have noticed, some common traits shared by these distinguished judges are tenacity, forward thinking and passion in pursuing all of life’s meaningful endeavours. We hope you have enjoyed learning more about judges from this piece.

For more tips go to: