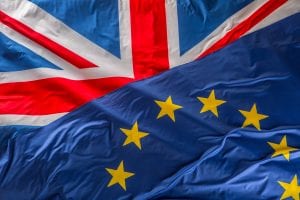 The European Union consists of 28 countries, all acting as a unified economic and political bloc. After the 2016 referendum, England voted for Brexit – to leave the European Union. The scheduled date for leaving the EU is currently set at Friday 29th March 2019 at 11pm UK time. The decision of Brexit is a particular concern when looking at the implications this can have on family law. Below, we outline a few key areas that are likely to be affected by this decision.

Although Brexit will not have an impact on the way in which British courts handle how assets are divided and distributed in a divorce, Brexit will cause jurisdictional issues because where EU regulations could have been applied in a divorce, this is no longer the case. Previously, couples may have chosen to find a jurisdiction, which would be more favourable in their case. This is governed by an EU regulation known as “Brussels II bis”, whereby couples who live in one country but were born in another can choose which nation’s laws will be most beneficial in their divorce. Leaving the EU means that this will no longer be possible, which could ultimately have damaging consequences upon families. Not to mention the injustice that dual nationality families will have to endure if they are forced to have their divorce case heard in a country that they are no longer linked to, contributing considerable emotional stress.

Want to learn more about Brexit’s affects on the legal-sphere? Click here to find out more. >>

There are already issues within EU countries when looking at the great jurisdictional difference between same-sex couples and opposite-sex couples. Leaving the EU is going to further exacerbate this issue, especially for same-sex couples who are looking to leave the EU as a result of Brexit.

Under the Marriage Act 2013, same-sex marriage was made legal in England and Wales. Couples who were in a civil partnership were able to convert this to a marriage. But there have been issues when same-sex couples have relocated to other European countries. For example, in France, officials have commented that same-sex marriages in England will not be valid by law in France. Furthermore, if those in the House of Lords do not change the EU withdrawal bill, this will make the EU charter no longer valid. Within this charter, Article 12 outlaws the discrimination of individuals based on their sexual orientation.

Click here for the ultimate guide on How to Discuss Brexit at a Law Interview (it’s FREE!)

EU regulation currently provides protection to victims (both adults and children) from domestic abuse. This ensures that these individuals are able to have their protection orders both recognised and introduced across the EU. Brexit means that this uniform approach across the EU will no longer be relevant and each country will be able to have their own requirements and laws relating to domestic violence.

Want to know how to discuss Brexit’s effects on law firms? Click here for more. >>

As mentioned previously, “Brussels II bis” can no longer be applied in the UK after Brexit. Under Brussels II bis all members of the EU are required to handle all child abduction cases (where the child has been removed from one country and is kept in another) within six weeks. Because this legal requirement will no longer be applicable after Brexit, lawyers will have to use The Hague Convention, The Luxembourg Convention and the Family Law Act (1986) when dealing with these cases, providing greater uncertainty for individuals involved.

At the moment there is a large amount of uncertainty on what the structure of family law will look like after Brexit. The UK does have the option of replicating the current EU regulations within British domestic law, which would minimise the changes to family law post-Brexit. It is evident that, in order to best protect families and children, the UK will need to adopt a clear, thoughtful approach nonetheless.

Making a Murderer And Wrongful Convictions

How is Stop and Search Preventing UK Knife Crime?